HBO kicks off a gritty new show that is every bit as terrifying as the real-life disaster it was based on.

ChernobylHBOTV Show ReviewsTV Shows
By Divij Sonak On May 29, 2019 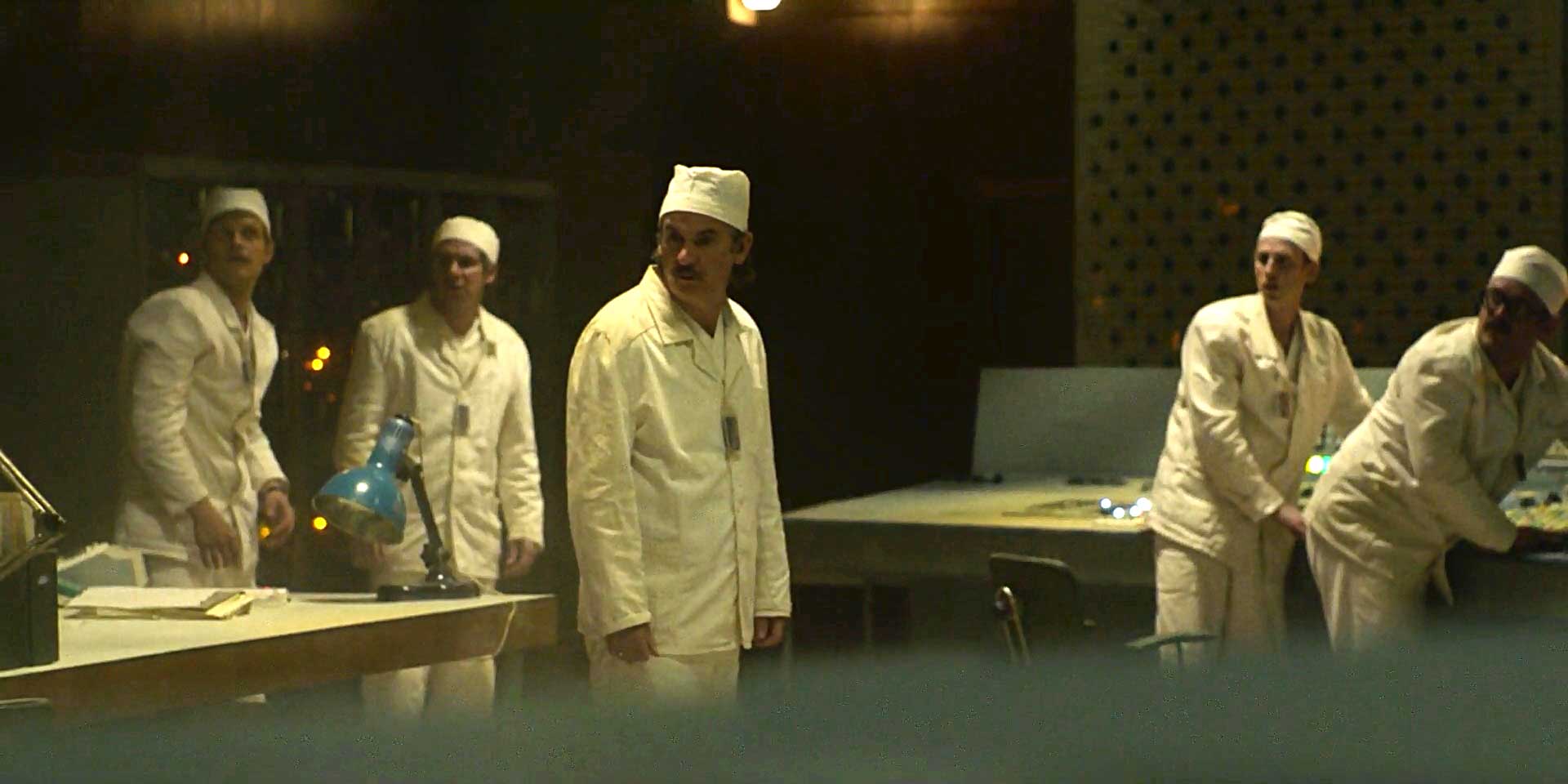 HBO’s Chernobyl kicked off its mini-series premiere by setting up a really disturbing ambience. Based on the Russian Chernobyl disaster incident, the premiere begins right around the moment that the reactor exploded, leading to a meltdown of both the plant and the engineers overseeing it. What follows is some gripping television as the bulk of the episode deals with the immediate aftermath of the incident and the persistent denials that it’s as serious as it really is as a bunch of committee executives work to douse water over the situation.

Even though Chernobyl may have some really disturbing imagery, its the actions of several people that really make you squirm and uncomfortable. There’s Anatoly Dyatlov, lead engineer heading his team constantly casting aside their warnings about the reactor having exploded. There’s Viktor Bryukhanov and Nikolai Fomin who add to Dyatlov’s maligning thoughts as they shoot down reports of radiation levels in the plant exceeding recommended levels, ignoring the repeatedly conveyed information that the device measuring the radiation itself has maxed out. It’s hard to gauge if these players are behaving the way they are because they genuinely do not believe a situation like this to be possible, or because deep down they realize it has happened and are trying to contain it through denial as much as possible. The actors play their parts keeping the motives a bit ambiguous which really adds to the performances, making them come straight out of a documentary.

And then there are the people and there’s the general horror of the situation. Directed masterfully by Johan Renck and written sharply by Craig Mazin, the true horrors of the situation are time and again hammered home through people dealing with it. We have people standing far away, observing the plant explode like it were a Christmas tree that lit up, not realizing that the glowy air they’re enjoying is laden with radiation particles. We also get a different point of view upon following fire-brigade man Vasily Ignatenko and his pregnant wife as Vasily is called on duty to assist in controlling the situation at the plant; his reaction to a teammate stumbling upon a block of nuclear graphite and subsequently getting burns mirrors precisely our reaction as an audience upon seeing this goings-on.

Chernobyl has a tone that’s a strange mix of horror, thriller, documentary and downright post-apocalyptic. And all of this makes the series infinitely more compelling because this isn’t fiction. It’s a real event, it happened and while I’m sure HBO has dramatized it for the purposes of making a TV Show out of it, there’s still enough truth in it to scare you off and scream at the screen, questioning just how on earth did this happen and how on earth did these people let it happen. It’s a bleak show in that sense and it’s definitely not for the weak-hearted.

But stick with it and you’ll open yourself to a wealth of TV experiences. The show is a technical flourish, that much HBO would certainly ensure. It’s almost shot like a 5-hour movie and the production lends it a convincing scale that really sells you in on the this is really happening situation. Multiple shots of the nuclear reactor in ruins are used to great effect and every now and then, things will slow down just to let their impact sink in. The cinematography borrows a lot more from the documentary style of filmmaking, resulting in visuals that convey a sense of being present in the moment as opposed to Mad Max style beautiful looking apocalyptic scenarios. This disaster is meant to look ugly and not beautiful and Jakob Ihre handles the camera to ensure that’s what we walk away with.

But at the core, it’s really the narrative and the structuring that makes the show such a gripping watch. I’d hold off on praising characters at this point since none are as developed as you’d like them to be; other shows do a lot better character work. But in terms of researching the actual event and presenting it with storytelling that has you hooked from the first scene to the last, Chernobyl succeeds by many miles. You lose the line between what’s real and what was added for the show’s purpose and are fully engrossed in what’s unfolding on screen, wanting to watch despite knowing how disturbing it is. That’s what Chernobyl does remarkably well; in the face of all hopelessness, it still keeps you glued.

Godzilla 2: King of the Monsters Has A Post-Credits Scene

Godzilla 2: King of the Monsters To Stomp Over Aladdin, Set For $230 Million Opening Weekend