His Dark Materials premieres to an expensively realized world but is a big budget enough to hold viewer attention? 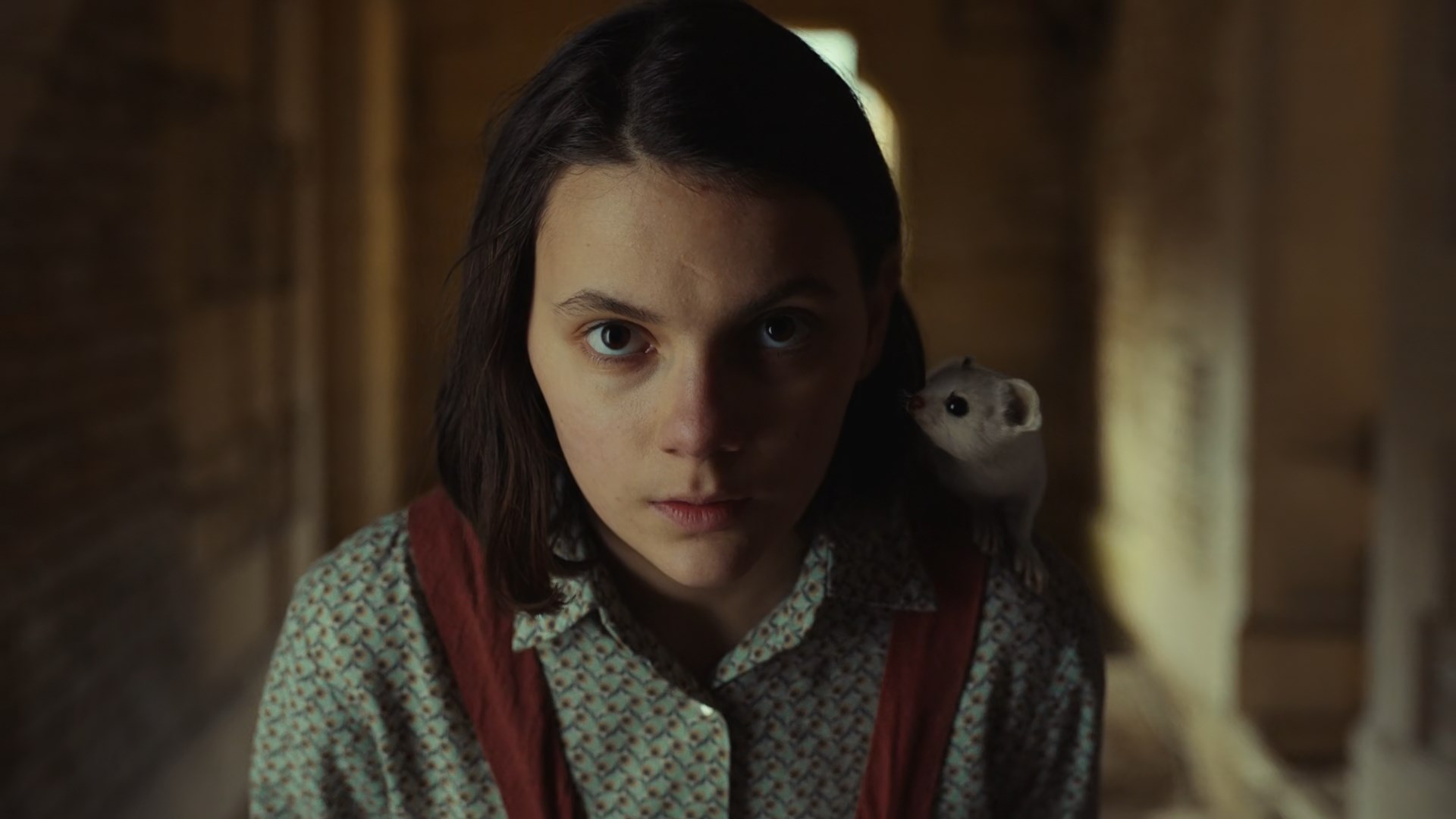 Ever since it was announced, His Dark Materials has caught the attention of everyone ranging from the professional critic to the permanent cynic. The TV Series adaptation of Philip Pullman’s novels is being produced by New Line Cinema and backed by BBC and HBO with stars like James McAvoy, Ruth Wilson and Dafne Keen on board. Those are some big names attached to the series. But the everlasting question all this while has been: does big necessarily translate into quality? Can all the money and names in the world result in a series worth your time?

Fortunately, in the case of His Dark Materials, it does. All the speculation ends as the series premiered today and is out there for those willing to judge. But it isn’t a flawless ride though. And those Game of Thrones comparisons can be put to rest for, as reminiscent of the show is of HBO’s most popular series, His Dark Materials is really its own thing, far removed from the nudity, violence and gritty realism of GoT, instead carving out a tone of its own that’s instantly watchable by anyone willing to dive in.

For a brand new fantasy show, the biggest challenge is explaining the world’s most crucial concepts to the viewer in an easy to understand manner, and yet not make it too easy to suck out the joy of discovery. His Dark Materials balances both sides fairly well; a preface in the beginning introduces you to the setting and the concept of daemons which in this world, are physical manifestations of people’s souls that co-exist with their respective humans. And that’s the only easy bit you get as the episode paces along fairly quickly throwing new concepts left, right and center.

Even so, you sense there’s quite a lot held back (recalling the trailers makes it abundantly clear). After a quick prologue where McAvoy’s Asriel rescues an infant Lyra, we jump to the present, set in an expansive Jordan College, Oxford, where Lyra grows up among a host of other kids. McAvoy’s mysterious quest tracking the Dust, particles with mythical properties leads to heresy, which in turn invokes the wrath of the Magisterium who are out to silence Asriel. A curious Lyra is mostly a passive observer in these events but sets in motion her involvement toward the end.

With first episodes mostly involving heavy bit of table-setting, little time is devoted to fleshing out characters. Still, enough is shown here for you to get the sense of who these people are. Immediately, Dafne Keen stands out as Lyra, the precocious girl too wise for her years, with a tenacious ferocity guiding her along with an insatiable curiosity and boundless energy that sees her sliding over rooftops and running so frantically that the camera shakes when she sprints. Keen also portrays her as somewhat more practical, less emotional that’s probably a result of her maturing beyond her years.

McAvoy’s Asriel is almost an alpha-explorer, the kind of adventurer who will not settle until he figures out the truth. He’s willing to leave everything and everyone behind in search of something dramatic and earth-shattering, which he has clearly found. And while she makes an appearance toward the concluding moments, Ruth Wilson’s Mrs. Coulter carries with her, a subdued, contained effervescence that looks set to erupt revealing a sinister side. The trio are undeniably the leads of the show and the bond between Coulter and Lyra should be an exploratory journey through future episodes.

Philip Pullman’s vision is realized in what looks like a no-expense spared affair. The CGI is top-notch and you need not look further than the animals to notice this. The castles, the airlifts and vast swathes of land and scenery are all well done visually, as is the production design on the interiors of the college that at once makes it look simultaneously pristine at places and worn out at others. With Lyra’s journey set to get increasingly wilder, the VFX crew have quite a task at their hands and while Pilot episodes tend to feature the most lavish effects, I’m positive New Line will maintain this quality, if anything because the entire series was greenlit in one go (with Season 2 underway as well).

But it’s not just the effects or production that shines. The show is tightly edited to barely leave room to breathe; it carries a relentless momentum that propels the narrative forward continuously. The score by Lorne Balfe has the makings of an epic and wonderfully compliments the intro credits. The intro titles again are beautifully done, showing a window offering glimpses into the key concepts of this world. It’s going to be fun watching it with every episode and uncovering new stuff each time; for the eagle-eyed viewer, there’s already a lot packed in.

Of course this isn’t to say the premiere is flawless. In fact, there really are times when parts of the episode feel like a slog, or you come across things that don’t make sense. The optimist in me would dismiss those as natural consequences of jumping right into a new series without having read the books (yes, for the uninitiated, I haven’t read any of these novels and I’m hoping to keep my experience unspoiled). The frequent cuts can be a bit jarring at times, as is the unnecessary use of too much shaky cam to invoke a documentary feel. The world itself feels like it’s trying hard to keep the essence of the Victorian era, yet bring in a sense of modernism with choppers and airlifts and other architectural decisions. I wonder if this alternate reality actually contains cars and smartphones.

Still, a lot of it can be forgiven for the sake of launching a brand new series with so much weight on its shoulders. And there’s plenty of mysteries still left to be expanded upon, whether it’s the Magisterium’s workings, the Gobblers taking the town’s children or the object in Lyra’s possession which would’ve unarguably inspired the first book’s title: The Golden Compass. Heck the sheer manner in which Ruth looks at Lyra suggests there’s more to their relationship than meets the eye (would be quite a twist if she turns out to be her lost mother; again, haven’t read the books). This world holds mysteries layered in mythology that are waiting to be unveiled in the episodes to come.

So yes, while not a flawless entry, the His Dark Materials premiere packs in enough to keep you curious, intrigued and interested enough for a second episode. It’s going to be fun seeing how the showrunners carry an epic story forward while giving us enough to chew and munch on a weekly basis.