His Dark Materials throws a lot of new concepts in an episode focused on Ruth Wilson’s Mrs. Coulter. 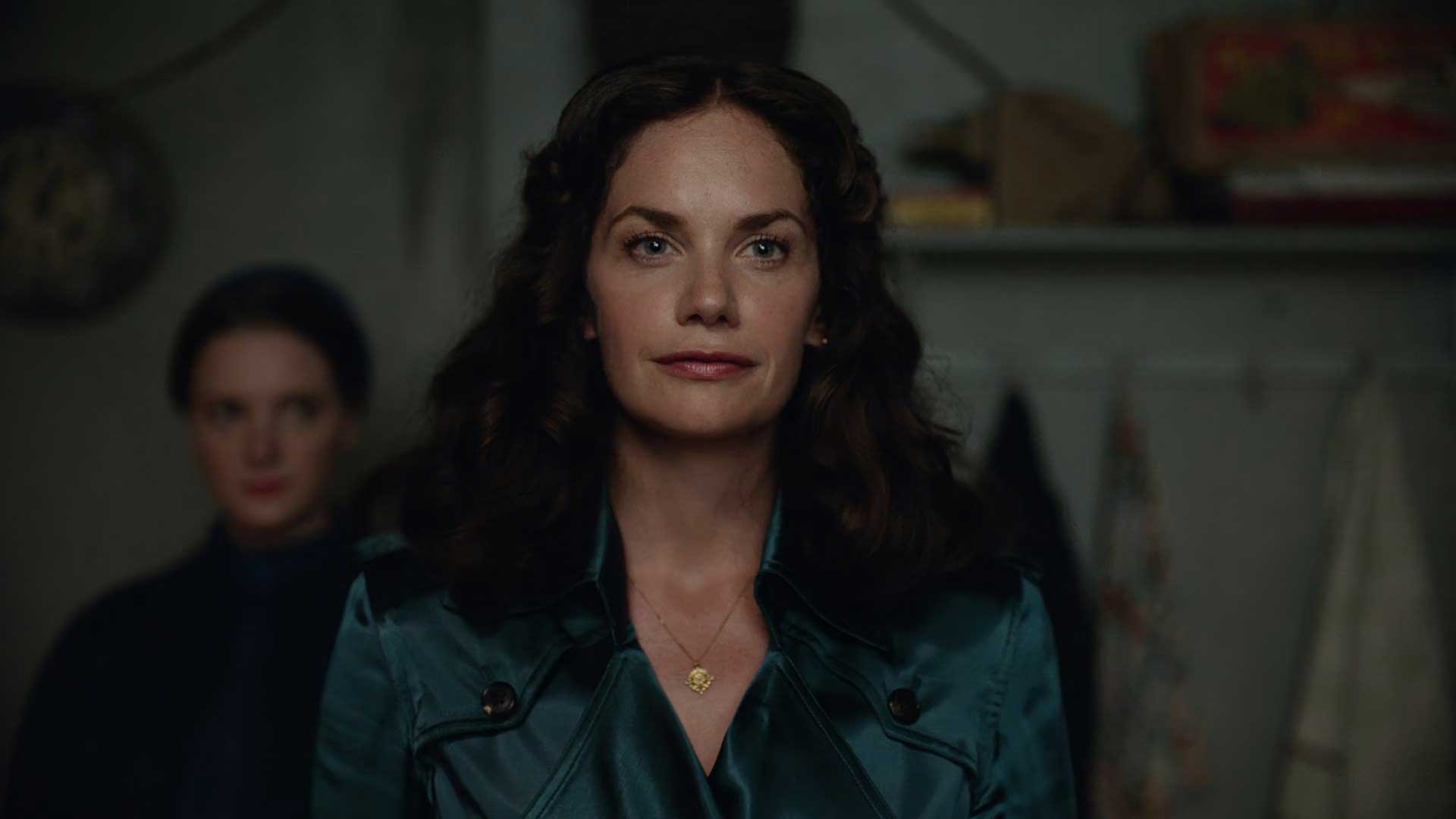 His Dark Materials threw a lot of new concepts and some crucial reveals at viewers as it took us away from Episode 1’s safe haven of Oxford into Mrs. Coulter’s chambers. The Idea of North was squarely focused on developing the relationship between Lyra and Coulter which starts off with a lot more promise and faith at first but quickly turns sour when Lyra suspect there’s more to Mrs. Coulter than she’s letting in on.

Really, the heart of the episode was Ruth Wilson’s edgy, psychopathic and borderline psychotic portrayal of Mrs. Coulter who in every other scene, suggests she’s hiding a lot more than what’s at display. At some level, we all knew the utopia Lyra thought she was in wasn’t going to last and it doesn’t take long for the showrunners to reveal Mrs. Coulter’s true colors. Whether it’s her lashing out at Lyra or her daemon monkey attacking Lyra’s daemon Panthalaimon, Coulter wastes no time in relishing the evilness of her traits.

A lot of this is depicted via Ruth Wilson’s brilliantly subtle albeit at times overdone performance. Wilson plays Coulter in a mostly restrained fashion, most evident in scenes where she expresses her inner desires. In one of the opening scenes, she reveals her suicidal tendencies, wanting to jump off a roof with a twitch in her eye that makes you uncomfortable. She rather quickly oscillates between outright evil and saintly and you do sympathize with her occasionally since she hasn’t gone full on megalomaniac yet.

The focal point of The Idea of North is the developing relationship between Lyra and Mrs. Coulters which starts off smoothly as you’d expect, before quickly turning upside down as deep distrust is sown in Lyra’s mind as to Coulter’s true intentions. Even so, numerous parallel threads and subplots continue to develop, whether its the Magisterium inquiring more about Mrs. Coulter’s motives or the Gyptians tracking down the Gobblers. It likely helps that the filmmakers have access to all of author Philip Pullman’s three novels, letting them plan the overarching story out in its entirety and takes pieces much further ahead in the novels and move them up.

The end result is that a lot of revelations which you’d expect to come past the mid-season arrive as early as Episode 2. The reveal of Asriel being Lyra’s father and not her uncle, the fact that Mrs. Coulter is responsible for kidnapping all the children and the existence of multiple worlds with portals all over to traverse between them, are all bombshell revelations that viewers are bombarded with, sometimes with little time to sink in. The show nonchalantly drops these reveals expecting viewers to catch on. I guess they’re trying to showcase stuff that would’ve been already foiled in plot summaries and synopsis before the show’s airing so the showrunners are probably racing one step ahead by getting some narrative baggage out of the way.

It’s also intriguing that His Dark Materials continues to drop hints to the existence of a larger world. I’m unsure how much of this stuff will be laid out clearly or as viewers, we’ll be expected to figure out the explanations from fan sites. The alethiometer or The Golden Compass if you will, has yet to find use by Lyra who keeps asking it the wrong questions. Her awareness about Dust and its affect on adults while children being immune to it are met with enthusiastically raised eyebrows by Coulter. It’s a good chunk of world building done to give the sense of a larger universe.

What continues to fascinate are the show’s daemon based visual effects. There are quite many shots of Coulter’s and Lyra’s daemons as well as a short skirmish between the two. As someone who realizes how difficult VFX can be, let alone animating live-action animals, the sheer amount of effort that must’ve gone to bring these animals to life so lavishly is beyond comprehensible. There are other landscape and airship shots as well that employ CGI to better convey the world at large but the daemons continue to remain the show’s most illustrious effects.

All the daemon animation is also necessary considering just how daemon heavy the episode is. We already learn things about how far someone can be from their daemon, so the fact that Coulter and her monkey can be on opposite ends of a sprawling corridor says something about their dynamic, given that daemons are a human’s soul. You kill a daemon, you get rid of the person, as is demonstrated in a heartbreaking sequence. That Mrs. Coulter’s daemon doesn’t talk and gets slapped around by Coulter clearly suggests how much she values her soul, or how much of soul she has left in herself.

Overall then, an episode that was a bit heavy on plot points. Given the sheer quantity and magnitude of the revelations, not everything hit as hard as it could’ve. That doesn’t stop His Dark Materials from being entertaining in its own right. There’s so much we haven’t even seen yet judging by the trailers and it looks like every single episode out of the 8 commissioned is going to be packed by quality fantasy storytelling. Narratively, I did feel the episode chugged along a bit compared to the first one but it did a fine job overall of maintaining its big-budget scale, without losing the intimate performances.

His Dark Materials Season 1 Episode 2 Rating: 8 out of 10