With most of the central cast in place, His Dark Material marches on toward the adventure of a lifetime. 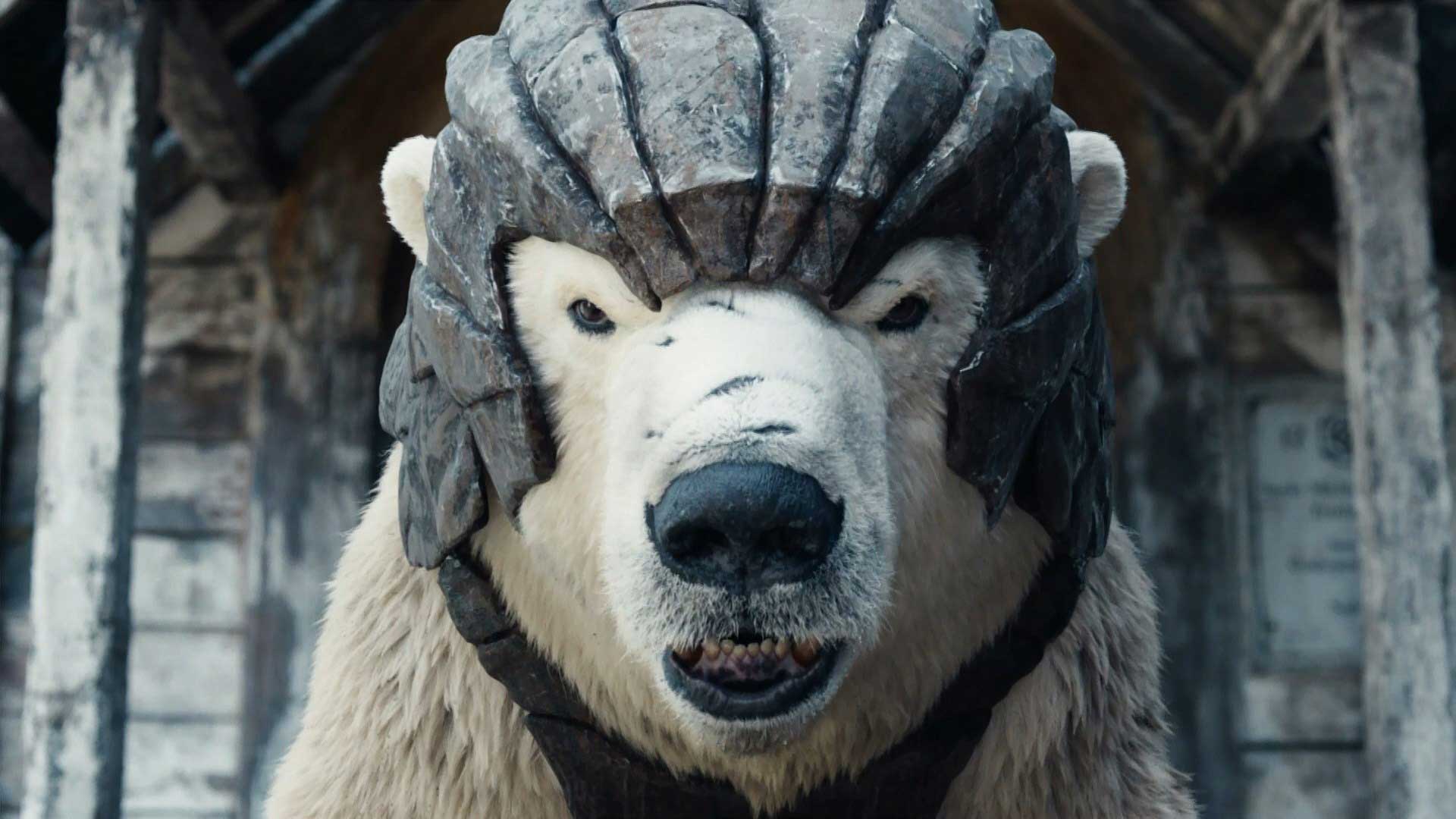 If you’ve seen the trailers and salivated over the prospect of anticipating the arrival of that armored bear, you know what this episode is about. Armour takes our band of gypsies along with Lyra up north where they confront the despondent yet ferocious talking bear Iorek Byrnison while also encountering a feisty, lively Lee Scoresby who looks like he’s straight out of a modern Western. In the process, backstories are revealed and things are set in motion ahead of the real adventure to rescue the missing kids.

Iorek is undoubtedly the episode’s MVP. We’re given brief glimpses at his past and the importance of his armor to his kind. In his case, no other armor will do since this is the one Iorek forged with special care and a strong personal touch. The Magisterium essentially framed Iorek and snatched away his armor for the damage he caused. Ever since, a pained, isolated Iorek has been languishing up north until Lee and Lyra land there at the same time to free him and return him to former glory. Lyra’s skill at reading the alethiometer nicely plays into her using it to reveal the armor’s hidden location, which Iorek then storms to emerge in glorious form.

There’s a lot of momentum this episode as the pieces move along rather quickly. In fact, despite what some may deem a lethargic pace, His Dark Materials has actually been sprinting forward, throwing new concepts, developments and revelations at a frenetic pace. This episode maintains that rhythm and introduces us to Coram’s romance with the witch Serafina Pekkala and how the two had and lost a child together, Mrs. Coulter’s involvement with the Magisterium and her capture of Asriel (happens off-screen and comes as quite a jolt) which she uses as a bargaining chip, Lyra’s progress with reading the alethiometer and the real idea of north.

That’s quite a lot to pack and digest in one sitting but His Dark Materials chugs along nicely, balancing emotion with spectacle. James Cosmo gets some poignant material to play with and he does a fine job of it. At the other end, Lin-Manuel Miranda adds a certain warmth and charm to his aeronaut that the rest of the characters often lack. He almost comes across as a wisecracking Han Solo type, his daemon Hester possessing an equal spunk. There’s a nice Star Wars ring to it all, with Lyra and Lee now on the journey together with Iorek, the Chewbacca, to save a population from whatever evils the Magisterium plans to inflict upon them.

But even as the forward momentum is much appreciated, the concepts can become a daunting task to keep up with at times. Compared to something like Game of Thrones, this is still much lighter but there’s a lot of stuff often thrown out there to serve as a reminder that it matters, or it’s something that’s going to be used down the next episode or two. Having one writer in Jack Thorne instead of a writer’s room and with the complete source material at their disposal is most certainly a good thing but it also means the show indulges in spending time in concepts that will have a payoff only later. The Dust and Grumann’s discoveries are examples in point.

That’s not to say they’re entirely bad; at times, these little tidbits hint at the presence of a larger worldbuilding at play. Consider for example, the little conversation between Iofur and Mrs. Coulters at the end; not only does it convey the history they share, but there’s so much depth to Iofur’s vanity and need for being acknowledged in the Magisterium. Or even Coulter snapping her daemon’s hand, a further indication of the tormented relationship they share. The many, moving pieces can thus be a double-edged sword and it’s a game of persevering to reap the true benefits.

His Dark Materials has done great stuff VFX wise but it’s in Armour that the CGI artists truly shine as they have to create a live armored bear. Iorek looks like he’s an integral part of the show and he’s not even the only one (we get a glimpsed at Iofur near the end) but not for a shot does he feel out of place or composited or off (and I tried hard to look). It’s spotless how seamlessly he’s integrated with the main cast and I’m having a hard time believing they’re actually going to pull it off and have a live bear accompany the cast for most of the TV Show. Boy, TV surely has come far.

On the whole then, Armour was a thoroughly entertaining episode with a promise of an upcoming adventure. There are still plenty of things we don’t have answers to and it’s as frustrating as intriguing but midway through its run, His Dark Materials is cruising along nicely in what looks like a strong first season thus far. And if hints at a war to rescue the children are any indication (and if they do pan out), we could be in for one of the more epic finishes in television history, and perhaps a battle unlike any witnessed on the small screen.

Todd Phillips Opens Up About His DC Black Label Pitch