bookmyshowinoxMoviesPaytmstartup
By Divij Sonak On Sep 21, 2018 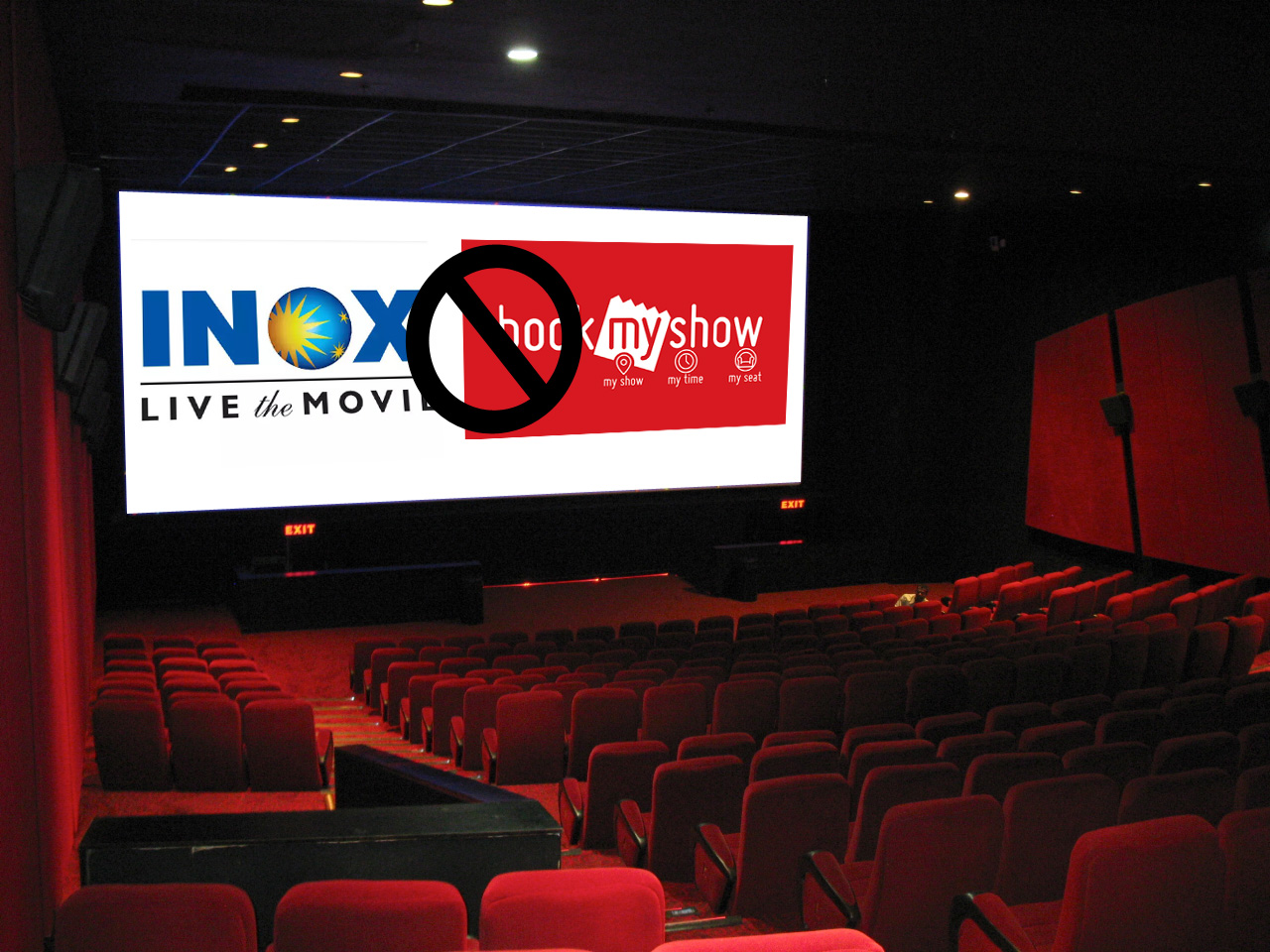 Update: After we published our story, Economic Times has come up with a detailed report confirming indeed that BookMyShow and INOX have parted ways over contract and fee disputes. The situation though, is slightly different than what we speculated. Turns out it’s INOX who’s demanding more money from BookMyShow (BMS) to allow it’s theaters to be listed on the third-party platform.

According to the site’s sources, INOX sought to renegotiate terms and asked for a better deal for its site to be listed on BookMyShow. The latter denied, leading to INOX terminating the contract and BMS suing for breach. INOX went for a price revision in light of BMS having followed a similar exercise with PVR cinemas after the latter successfully renegotiated its prices.

Industry sources are estimating the loss would impact INOX significantly more than BMS. INOX earned around 32% of its 802 crore box-office revenue from BMS in the previous year, with 44% of its total revenues coming from digital platforms. BMS on the other hand earned 8-10% of its revenue from INOX which could easily be offset through other cinema chains, particularly its renewed partnership with PVR. The court has mandated both parties to resolve the matter in four weeks.

BookMyShow has begun issuing tweets It should be noted meanwhile that as of this writing, INOX cinema chains are no longer available on the site.

Hi, thanks for showing interest in booking your movie tickets on BookMyShow. Tickets for INOX are currently not available with us.

On its part, INOX issued a brief statement to ET, stating, “We don’t have a contractual relationship with BMS at present”. INOX theaters continue to be listed on BMS rival PayTM’s app.

In an unexpected turn of events, Indian theater chain INOX appears to have been delisted from the country’s premium ticketing platform BookMyShow. For the last week or so, all INOX theaters haven’t been appearing in movie ticket searches across the service, even as they’re present in rival app PayTM. So far, both companies have refrained from issuing an official statement.

The absence was spotted by several eagle-eyed users on Twitter who began noticing the lack of INOX venues when attempting to book tickets through the ticketing app.

@bookmyshow cant see inox theaters in bookmyshow app for mumbai city, from quite a long time. any problems?

Upon questioned by multiple users, INOX responded with a generic statement, encouraging and directing moviegoers to book through their own website and app.

We thank you for the interest shown in INOX . We would request you to go to https://t.co/FMPkGZOMLW or download the INOX App and
book your seats. We are available with offers on both

On its part, BookMyShow promised to look into the matter and come up with a resolution soon, although one wonders whether the customer support team itself isn’t aware of the deliberate parting between the two.

Sorry for the inconvenience. We have taken note of this and are looking into it. Meanwhile, we request you to kindly book your tickets for another cinema.

Either side has refused to come up with an official statement acknowledging a separation between the two entities. This has left users bewildered over the sudden disappearance of INOX listings from BookMyShow. Some are even questioning the strategic advantage of this move from a business standpoint considering BookMyShow is the No. 1 place people visit to book their movies in India.

On INOX’s front, the only reasoning behind such a movie could be to evade the fees it might be required to pay to be listed on BookMyShow’s platform. Companies are increasingly eschewing third-party services and harboring desires to communicate with consumers directly. Recently Epic Games refused to distribute its Battle Royale mobile game Fortnite through the Play Store to bypass Google’s 30% cut requirement and listed the app on its own site itself. That strategy seems to have worked with Fortnite gaining 15 million installs in a month.

BookMyShow is engaged in a heavy profit-and-loss war with rival PayTM as the latter has posed a formidable threat to BookMyShow’s primary business. Earlier this year, Economic Times reported that PayTM has sold 52 million tickets on its platform. On its part, BookMyShow maintained its ticket sales grew by 30% in Fiscal Year 2017, which while impressive, was less than the double growth it achieved the year before. It’s also bleeding money with annual expenses of 473 crores and posted a loss of 138 crores.

INOX on its part is engaging in rapid expansion of its theater chain across India. It recently opened two new IMAX venues in Mumbai with plans to add more across the nation in the coming few months. Whether its latest strategy will continue landing it more movie watchers, or whether it’ll result in empty theaters, is something only time will tell.