Season 2 of Iron Fist is going all-in on a potential gang war so far on the streets on New York City. The Hatchers are looking to eliminate the Golden Tigers after the latter hijacked an armored truck at the beginning of the season premiere that led to casualties. Turns out, among the deceased was the son of Hatchers leader Yang who’s out for revenge. This theme of gangs running amok over the streets echoes that of Luke Cage which has dealt with similar themes in its last season, albeit with heavy hip-hop accompanying the goings-on.

Both Colleen and Danny are pursuing the same problem through different angles, as much as either of them would like to believe they’re without common ground, which could be the showrunners hinting at a potential falling out of the couple. Colleen’s search for the furniture shop owner that could have ties to her mother frequently leads her into run-ins with a bunch of scrambled Tiger teens and fearless as she is for taking them on their own, I must admit it’s a bit too reckless for her to go for them every single time she spots them doing something shady. Danny on his part has been occupied with thoughts of how he fought Davos back in Kun-Lun and gained the upper hand over his rival and for some reason, it continues to haunt him, possibly because he feels he cheated. To me, it was just good ole’ strategy which Rand used to defeat Davos although Rand being Rand, he stresses too much over thing.

Colleen is not the only one being reckless though. In a rather ballsy move evoking the sheer stupidity and ignorance of his character from the first season, Rand gets overtly friendly with a woman he met on the streets a day back and even brings her home when she begins having some hallucinations. Thankfully, he’s quick to introduce Colleen as his girlfriend even though that doesn’t stop things from getting awkward between the two. I’ve got to hand it over to Colleen for taking the whole thing in good spirit, despite the two openly discussing Mary crushing on Danny. Guess even Colleen knows how much of a sucker Danny can be, after having stayed away from the real world for 15 years. That also means Danny has a lot of pop-culture to catch up to and has stashed movies and music to watch and listen to, much like Steve Rogers did in The Winter Soldier. 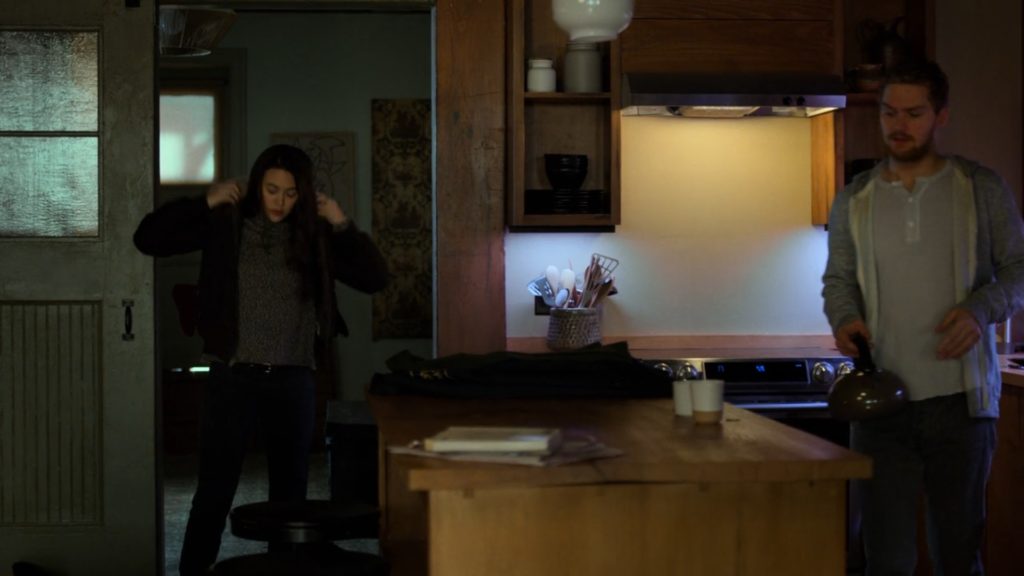 It’s still unclear what Davos and Joy’s play is. Davos is after some relic that comes into play at an auction party hosted by Joy and to get it from her councilwoman friend, she entices Davos into having sex with her to create a scandal. Looking at her though, I really don’t blame Davos for not wanting to break his code of conduct. But his own mission is above and beyond such trivialities, as Joy enlightens him and he goes ahead with the act anyway. It’s a bit awkward to watch these Marvel shows engaging in so much sex even as it’s commendable that the shows are exploring territory that the movies wouldn’t even dare to. I mean, can you imagine Star Lord and Gamora engaging in acts of fantasy?

Per the usual norm, we get one epic fight scene for the episode, this time broken down into three parts with one giant set. Netflix has hopefully upped the show’s budget and I’m assuming they’ll end up using that location more than once during the show’s run. While the action in Iron Fist is still nowhere close to say, something like John Wick, it’s still been remarkably better than last season, which was all about obscuring Finn Jones’ incompetence in martial arts through blurry and fast-cut camera angles. I’m still hoping for an epic showdown in New York City between Davos and Rand. What I’m also hoping for, but less positive about happening, is a flashback to Rand fighting Shao-Lao, The Dragon. I’m still not ruling out Netflix attempting that sequence in the show’s future seasons, assuming Iron Fist lasts that long.

By the way, the small bit at the start where Danny Rand helps a bleeding man as a bystander films him, without offering any assistance was both amusing and appalling in how starkly it mirrors our current society. Life’s become so uninteresting for most people that this is precisely how they react to anything out of the ordinary that happens on the streets. New York is shown to be a pretty bleak place in these Marvel shows and it’s a welcome contrast to the happy-go-lucky side of the city that romantic comedies often showcase. I’m all for diving deeper into the nooks and crannies and boroughs of the city. 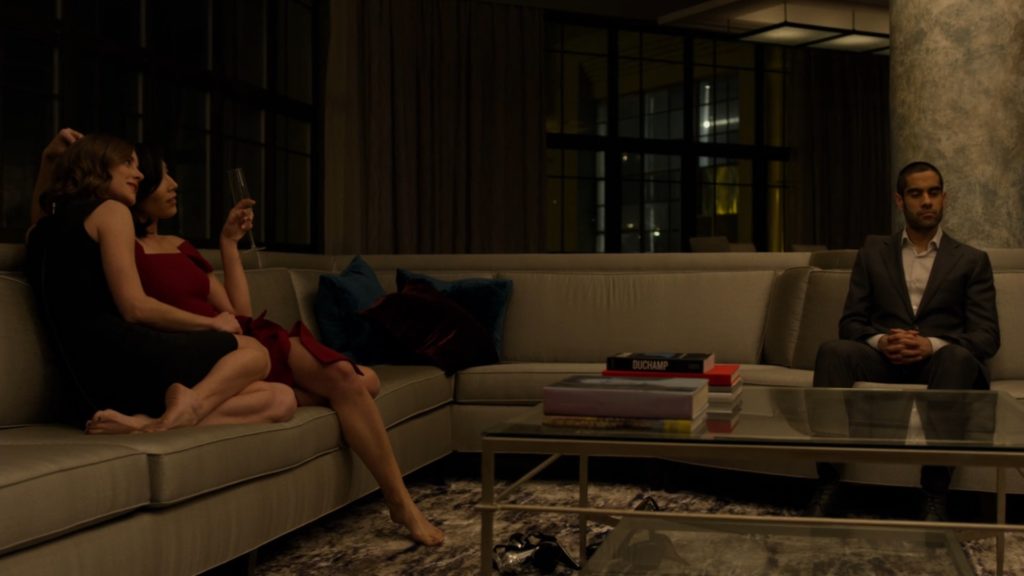 The other subplots haven’t really evolved as much at this stage although they’re starting to come together. Something’s clearly going on with Mary and I’m starting to suspect if someone’s controlling or spying on her through her eyes in what would be an Agents of S.H.I.E.L.D. plot device; if true, it would be a nice way to connect the two, although I doubt that’s happening. Meanwhile, Ward hasn’t had much to do yet although his scolding and subsequent warming up to his employee was a nice touch. Already, Davos is tied in to the gang war thread by the end of the episode and it remains to be seen how connected these other subplots end up being to the show’s central narrative.

For now, Iron Fist is doing good in Season 2, which gives an impression of being well thought out together so far. Let’s see how long can Danny Rand’s second outing hold a good impression.