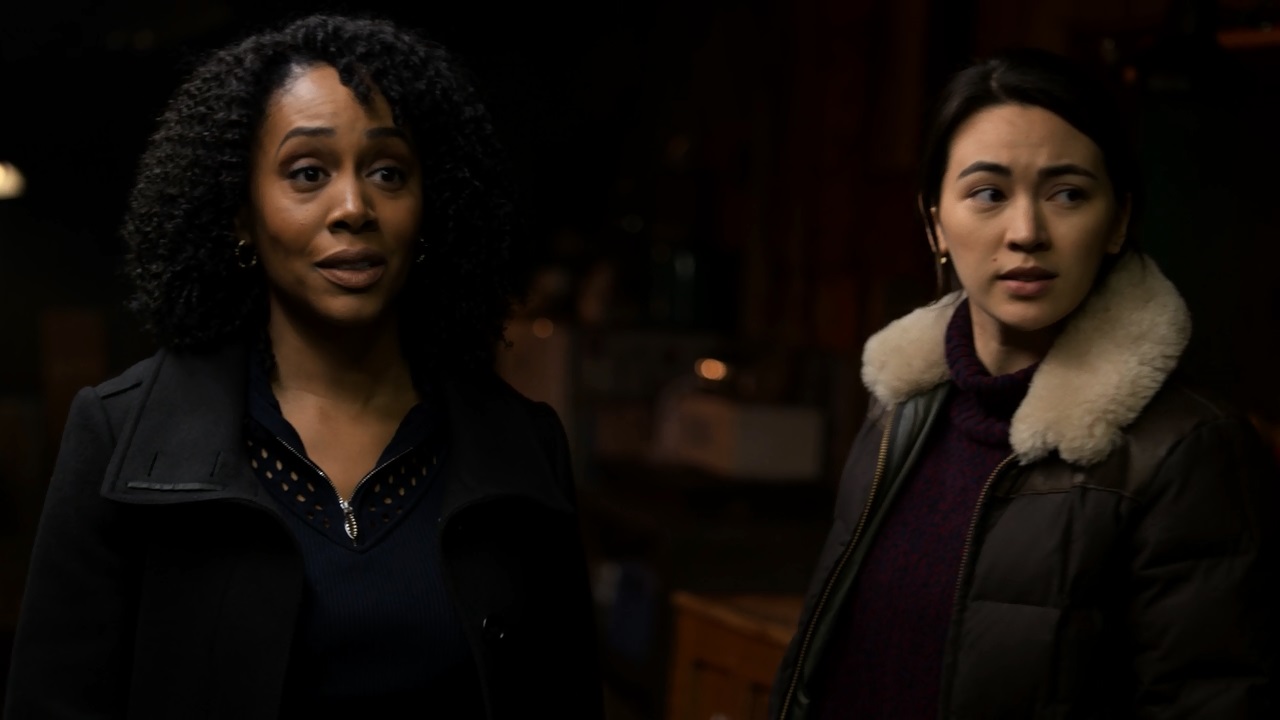 Boy was that some serious ass-whooping. Misty Knight and Colleen Wing really outshone in their bad-ass team-up moment when they investigated a bunch of tattoo parlor girls responsible for the ritual that transferred Danny’s Iron Fist powers to Davos. It was super fun to see the two completely in their element, and Colleen for sure knocked it out of the park, taking on two women all by herself. Misty on her part, made full use of her bionic arm. The end result – a Daughters of the Dragon spin-off would definitely work, were it to happen.

This episode split the characters into pairs. While Misty and Colleen chased down and nabbed the trifecta of tattoo artists, Joy and Ward got to spend some time together, away from everyone else. Ward once again tries hard to explain to Joy why he kept her away from their father and this time, you sort of see and agree with his side of the story. Joy would have none of it though, and is really hell-bent on distancing herself from her brother. Seriously these two either need to patch it up or let go of each other; it’s somewhat hard to believe Ward would be the kind of person who’d be so attached to anyone, whether it’s his sister Joy or his best friend Danny. Perhaps it has to do with Tom Pelphrey’s performance; it fails to convince me his efforts at extending an olive branch.

The third odd pairing sees Danny and Walker head towards apprehending Davos and trying to talk some sense into him. Walker is cold as always and while it seems a tad too cliche at times, Alice Eve does a good job bringing the distant, ruthless assassin side of her. Danny yet again falls back to his naive side, believing he can convince his brother Davos to give up his madness and return things back to the way they were. Obviously we know it too well to believe things will end up well, and they don’t when Walker sneaks up on Davos, causing him to light up his second fist as well. That’s right, Davos can officially make both his fists glow red, making him a formidable and deadly Iron Fist.

But despite both Iron Fists being a part of this episode, the tattoo-parlor fight takes the cake when it comes to fight choreography. Misty’s arm and Colleen’s dojo skills are used in some rather creative and brutal ways giving us clear-cut close-ups of lengthy takes, which makes that fight feel significantly better and more refined than perhaps anything Rand has ever been a part of. Simone Missick should be about to depart the show in an episode or two at most, so this was a good send-off, even if this ends up being her final appearance.

Walker’s transition into Mary towards the end was also a narratively good choice, although I wonder how long that’s going to last. The show needs Walker to propel the story forward and Mary has been gone for far too long for us to feel any connection to her at this point. It’s also worth pondering who’s the real person among the two – Mary and Walker – and who’s the created personality. With Mary not aware of what’s happening, and Rand taken in for treatment, Davos is left behind with no one to attend to him. Rand’s hospitalization is going to cause a media-circus, as everyone in the show pointed out, giving the show an additional angle to deal with.

With four episodes to go, and most of its cards laid out bare, Iron Fist now needs to wrap its goings-on to a satisfying conclusion. How well it does so will define how much of a good or bad season this ends up being compared to the previous one; although six episodes in, it’s doing quite better than anticipated.