Despite its serious themes, Jack Ryan's pilot episode proves to be insanely enjoyable

Despite its serious themes, Jack Ryan’s pilot episode proves to be insanely enjoyable

On the surface, Amazon’s new web-series about Tom Clancy’s eponymous character Jack Ryan carries a fairly conventional plot structure that’s almost reminiscent of American Television’s Prison Break era of storytelling. You have a central protagonist who clearly has a concealed ace up its sleeve, constantly sending out feelers that there’s more to him than meets the eye. You have his senior, someone who, despite the assortment of people at his disposal to interact with, fixates on our said protagonist only because, well, he’s the lead. And you have a terrorist plotting something big behind the scenes that somehow, only our lead analyst is able to decipher. It’s a recipe for some cliched television, seeing the myriad of tropes mashed in this action-series.

And yet, for some reason, it works. So far at least. Amazon Prime’s Jack Ryan proves to be an insanely fun outing in its hour long pilot episode that introduces us to the characters, builds up a new threat behind-the-scenes by drawing some fairly overused analogies with 9/11 and Bin Laden, and lands our lead characters smack in the middle of the action in Yemen. It also does a fair bit of world-building, hinting at some events that have brought its protagonists to their current state, while briefly laying out some supporting characters and subplots that I can only presume will gain importance in the coming episodes. And if you thought the similarities with Prison Break ended with both sharing composer Ramin Djawadi, that show’s fifth season was set in Yemen as well and involved Wentworth Miller’s … well, now that’s a spoiler.

Jack Ryan works, what’s in the context of the series, a routine desk job at Washington D.C.’s Central Intelligence Agency. Tasked with tracking aberrant financial transactions, Ryan stumbles upon something big when he realizes swift transfers to the tune of $9 million within a week connected to what is essentially a shell company. Reasoning with his boss James “Jim” Greer, the newly assigned head of Terror, Finance and Arms Division (T-FAD), he requests that the account and its assets be frozen to curtail the terrorist’s activities. 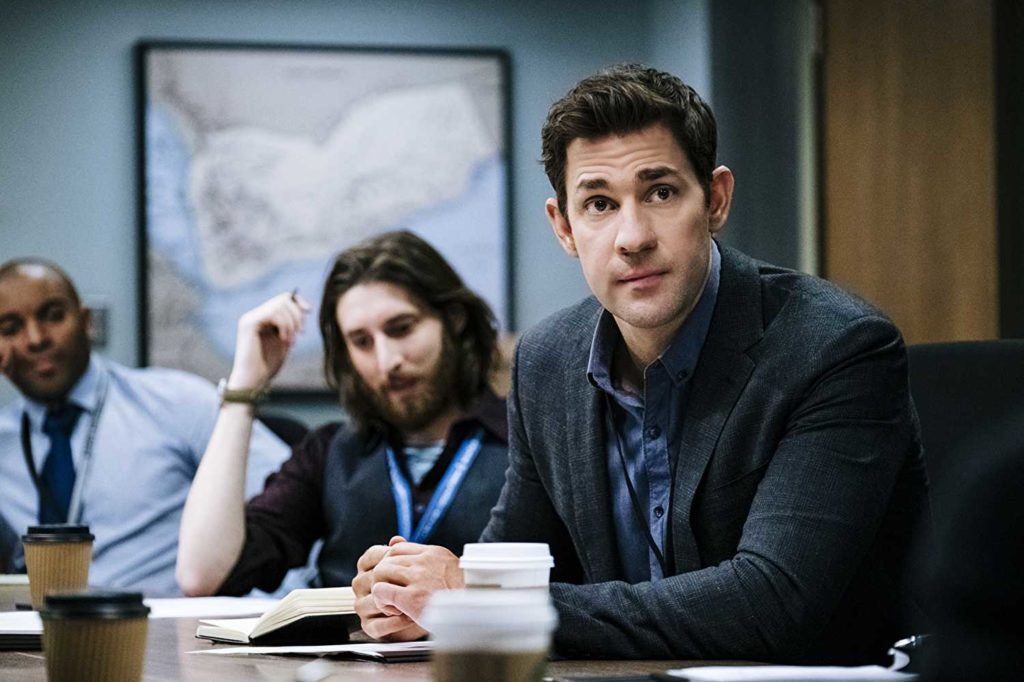 It takes more than that to convince Jim, who’s battling his own demons from his time in the tumultuous Karachi, Pakistan. Essentially demoted in his position for something he did on his assignment, Greer wants to play the long game by tracking the account instead of outright closing it and risking Suleiman (the terror mastermind) getting wind of his activities. There’s some additional world-building and setup before Ryan gets pulled in an assignment to interrogate a bunch of couriers in Yemen. Don’t ask what an analyst is required for in Yemen, he’s the lead. Then again, Ryan is more than an analyst and Greer’s research into him reveals bits and pieces of a past as a former Marine / SEAL soldier who for some reason, retired from that life into his current one.

All pieces are laid out well setting the stage for a goose chase between the CIA and the terrorists. Also, Cathy Mueller’s introduction as someone who specializes in treating “infectious diseases” makes it highly likely for the terror plot to involve some sort of massive virus outbreak (that’s how conventional the show is in its plotting, assuming of course, I’m right). Djawadi’s theme just begins to kick in towards the show’s final 20 minutes and given his highly impressive track record (Prison Break, Iron Man, Game of Thrones, Westworld), I’m hyped up to see what he has in store for Tom Clancy’s adaptation.

It’s almost a marvel at this stage how effortless the production values on these shows are. Netflix, Amazon Prime and other streaming services are truly leaving no stone unturned to ensure the highest quality. With Jack Ryan, this is evident throughout, but the climactic fight really sells the scale of the show. Competition has become fierce enough for these TV Shows to feel no different than cinematic experiences. I dare you to differentiate between the visuals of this show and say, something with tangentially similar themes like Katherine Bigelow’s The Hurt Locker or Clint Eastwood’s American Sniper and tell which one’s a movie and which is TV. Experts may probably be able to spot differences in camera lenses, foley or even the quality of visual effects but to the average moviegoer, they’re almost indistinguishable from each other. 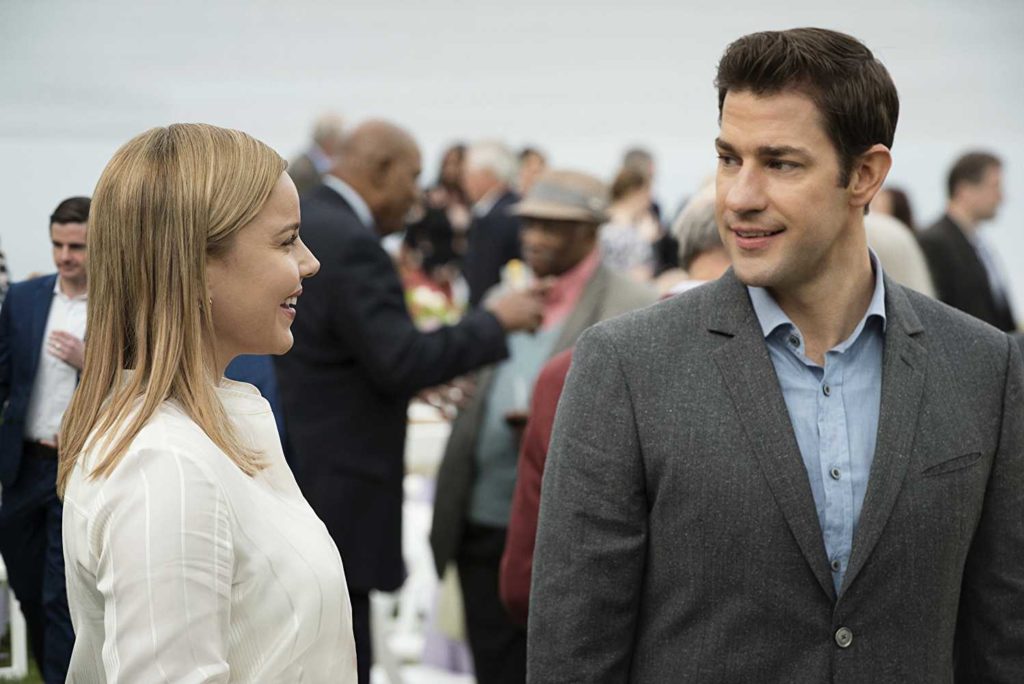 What’s also appealing about Jack Ryan is a tiny effort at this stage towards humanizing the terrorist, who’s largely unknown at this point. The small callback at the end towards the relationship between Suleiman and his rescuer is a good sign of what could be in store if this series chooses to delve into the backstories of characters and fleshes them out as individuals. While justifying a terrorist’s viewpoint in the aftermath of Syria and 9/11 is always going to be a hard sell, a compelling reasoning could at least ground some of Suleiman’s prospective insane motives. After all, if you can explain Thanos’ motivations in today’s times, it should possible to bring out the perspective of someone as negative as a terror mastermind. Perhaps Suleiman is not even a terrorist but is simply being branded as one.

Also interesting is how relevant the show’s conflict is, at least in its setting. At this stage, it’s too early to know what the show’s chief antagonist has in mind, but setting it in Syria amid the turmoil that has gripped the nation elevates its relevance as a political thriller and makes the geopolitical conflict in the show something topical. I’m unsure if Jack Ryan is going to delve into any serious political commentary at this point and while I’m not necessarily on either side of the argument that pop-culture and fiction should use its resources to raise awareness on real issues, I’d be game if they use this opportunity to throw some light on the situation in Syria.

On the whole, I don’t expect the quality of this show to improve dramatically in the next few episodes. If anything, most shows of this nature tend to offer an explosive start, before taking a dip in their middle episodes, only to pick up as the finale approaches. That said, even if Jack Ryan can maintain this level of quality throughout its 8-episode run, it’s going to go down in my list as impressive enough for a warranted recommendation.