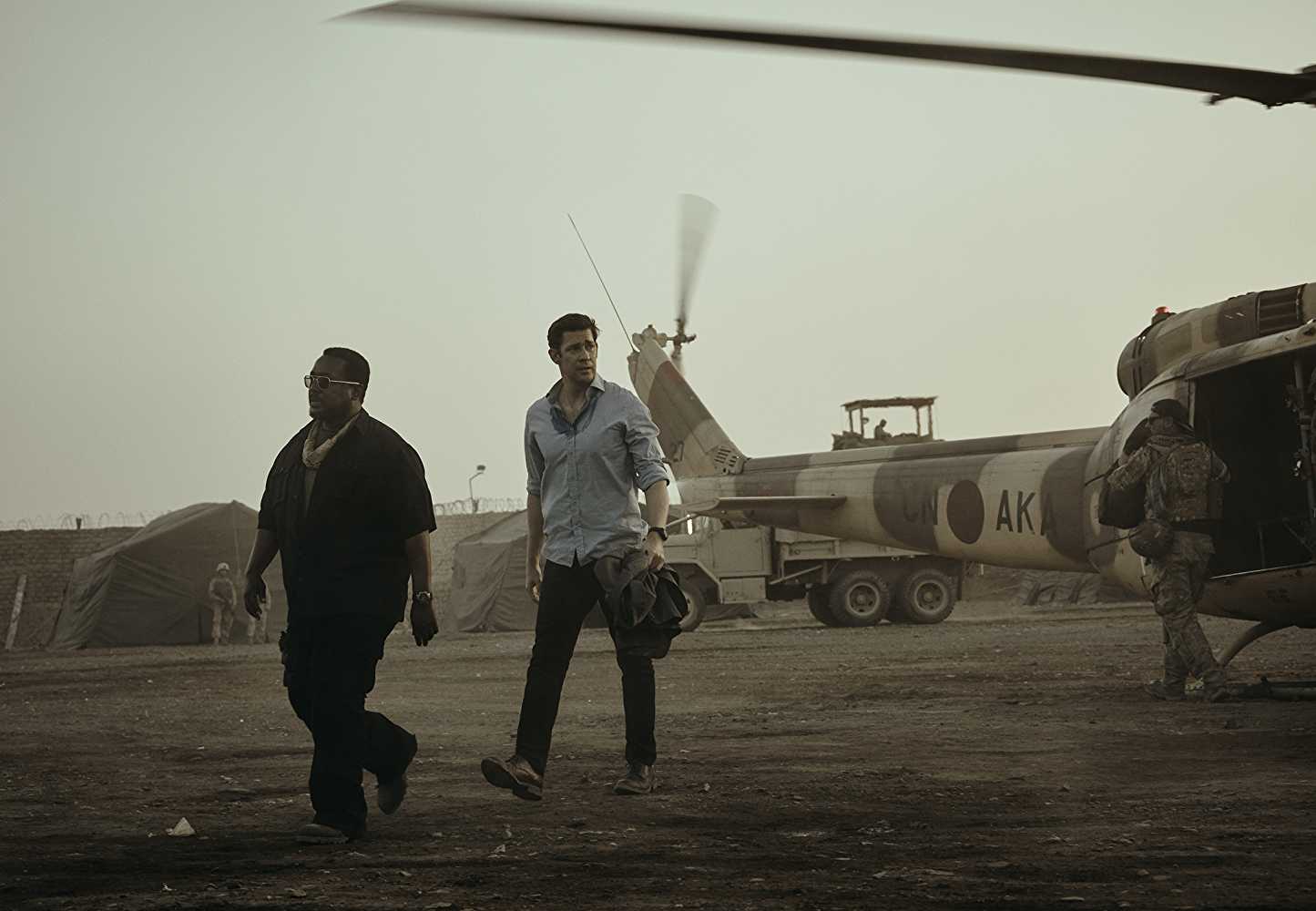 Jack Ryan almost shows signs of the familiar mid-season slurp that generally plagues most Netflix shows. For those unfamiliar with this syndrome, this is where the show tends to put out filler material to stretch its premise and pad out time in order to pad out its 8-, 10- or 13-episode run. Storylines meander, characters flex out their dialogue and there’s a general sense of loitering around during this time until the production tightens their horses for finishing high.

Fortunately, that problem is less severe in Amazon Prime’s Jack Ryan than it is in most of Marvel’s Netflix shows (I’m talking about the second season of Luke Cage for instance and boy does it drag). We get a bit into romantic exploits as we learn about French detective Sandrine’s four failed marriages as Jack and Cathy hook it up and hit it off right after their first date. Hanin is entirely absent from the episode, presumably on the run after last episode’s intense turn of events.

That doesn’t mean the episode is entirely uneventful though. Quite the contrary, it makes up for a slow start by finishing with three major developments with important ramifications for the show’s overarching narrative. The biggest of these has to be the climactic sequence inside a church in Paris where members of Suleiman’s terrorist organization unleash a poisonous gas of some form, trapping the attendees inside, possibly as a test for their larger outbreak. This all but confirms my prediction that the planned terror attack is a virus attack of some sort and it’s no coincidence that Jack ended up sealing his relationship with Cathy, a specialist in infectious diseases such as Ebola, in the same episode as a hoard of French citizens are left to suffocate and die at the hands of the aerial toxin.

I’m also not using Suleiman’s terrorist organization as a misnomer. For in the second major development this episode, Suleiman has essentially revolted and taken charge of the branch of ISIS he was operating from his leader, who he takes out of the picture by gaining the loyalty of his unpaid slaves. Perhaps the standard Jihad-like missions of ISIS were too petty for Suleiman’s taste who intends to bring a new world order of sorts by unleashing something unheard or unseen of in today’s era. Unfortunately, with so much of fiction having already dealt with the threat of such a dastardly scheme, Suleiman’s plan is hardly unique, unless of course he has something else planned up his sleeve.

The third big development is something I’d rather not reveal, having already spoiled too much of the episode, but it has to do with an intense face-off between Jack and Suleiman’s brother Ali. Suffice to say, it has long-reaching implications for the show’s plot and might give the otherwise detached nefarious motives of the terrorists a more personal touch. It’ll be interesting to see how that unfolds and comes into play, perhaps in an episode or two down the line.

By now, Jack Ryan has settled into a good rhythm, balancing the action beats with plot and character developments to present a show that by all accounts looks like it has been crafted with high polish and finesse. There’s still a functional quality to the proceedings although the sincere performances of the likes of John Krasinski (Jack Ryan), Marie-Josee Croze (Sandrine Arnaud), Haaz Sleiman (Ali) and Ali Suliman (Suleiman) elevate the goings-on to a whole new level. The next episode or two might be a tad bit slow but all signs point to Jack Ryan ending on an explosive note, potentially setting the stage for another season.

Maniac Season 1 Review: A Unique Blend Of Intrigue And Craziness