Things go awry for Jack Ryan and his team as they become unwanted in Venezuela. 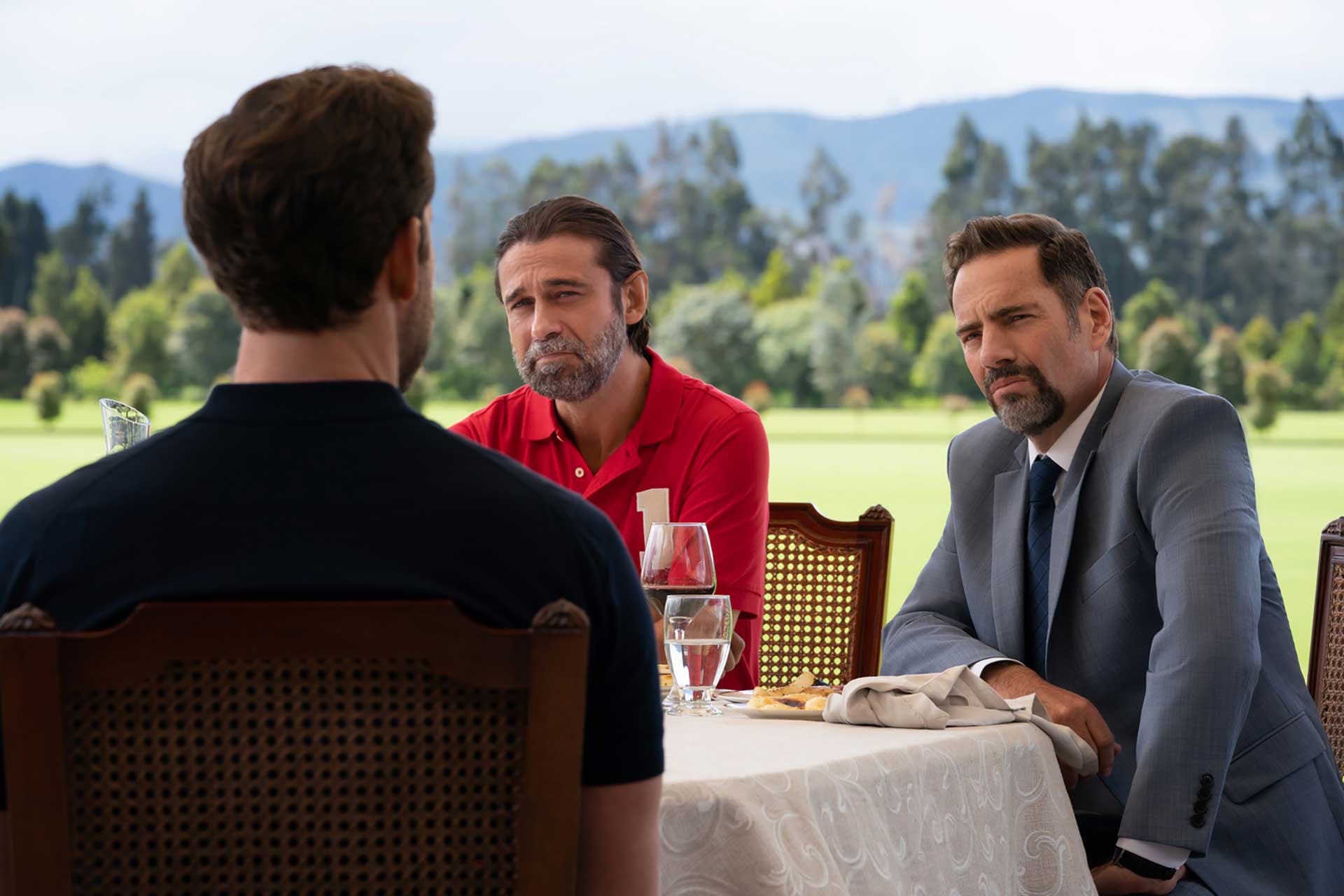 Things take a turn for the worse in Jack Ryan as our protagonists become unwanted men on foreign soil. The ensuing protests make life difficult, forcing them to evacuate Venezuela at the earliest. Meanwhile Gloria Bonalde’s presidential campaign and following get stronger by each passing day as the subplot involving Marcus and his armed comrades comes to a swift, but poignant conclusion of sorts.

As Jack Ryan and James Greer still work out the puzzle behind the killings and their connection to the armed shipment, Reyes plays his own game to get them kicked out of his country. Using images of Greer’s meeting with Gloria, he accuses the United States of interfering or meddling with the presidential elections, causing an outrages that makes their presence in Venezuela undesired. Effectively, it makes them Persona Non Grata, sparking protests that force the US embassy to be shut down. Of course the build up happens rather rapidly but it’s still exceptionally executed.

This is a nice play on the 2016 US Presidential Elections in which the United States itself had accused Russia of meddling in the choice of Candidates. Their angle there was that the Russians had deliberately leaked evidence of Hilary Clinton’s emails to sway voters in favor of Trump, provoking them to choose the lesser of the two evils. Here, the Venezuela government, by virtue of President Reyes, implants seeds of doubt in the public’s eye that the US are hellbent on sabotaging his image by colluding with the opposition because getting Gloria to win is in their best interests. Quite a smart move with strong real life parallels.

The skirmish with the American soldiers in the jungles was tense and resulted in a stand-off that ended on a sour note. Still, it’s worth lauding the fight Matice put up against Reyes’ men, knocking them off using everything in his arsenal until a bullet was put to his chest. It’s heartbreaking to see Marcus’ reaction on realizing Matice lost his life only because he chose to come back for him. A heroic way to go out that scars Marcus and his two remaining for good. The gun fight itself had minor Vietnam vibes insofar as it took place in the jungles with foliage being used to each party’s advantage.

What’s a little worrying about the episode, and which dampened my spirit a bit, is that there are now way too many subplots and mysteries left dangling for it to all make sense. When the show began, Tom Wlaschiha’s assassin Max was projected as being the lead antagonist, with Noomi Rapace’s Harry looking set to have an important role. And yet, now both are completely out of the picture, with Tom being wasted in what could’ve been a powerful role. Despite the strong early focus about mining rare and rich minerals from Venezuelan surface, only faint remnants of that subplot remain. Similarly, Gloria’s missing husband looked like it could’ve turned into an important plot point only to be forgotten in the remaining episodes.

The problems potentially seem to stem from Jack Ryan having a writer’s room that’s not very cohesive or not working in tandem with each other. The episodes are written in pairs, with the same writers working for Episodes n and n + 3; Episodes 2 & 5 have the same writers (Vince Calandra & Daria Polatin), so do Episodes 3 & 6 (David Graziano & Annie Jacobsen) and Episodes 4 & 7 (Graham Roland & Nolan Dunbar). This most likely explains why plot points disappear in the interim episodes, only to return an episode or two later. I just wish the writing was more pieced together so characters and plot points didn’t abruptly vanish and return with such frequency.

Regardless, Jack Ryan has been generally enjoyable thus far. A full comparison with Season 1 should be possible once all episodes are done (just two more to go now) but for now, Season 2 has done a decent job bringing entertainment at your doorstep, if that’s how you want to look at it. And with the way things ended, Episode 7 could be the hour of major revelations, with Episode 8 hopefully tying everything together given that it’ll be written by the same writers as the Season 2 premiere.