Jessica Jones Season 2 Episode 1 Review: AKA Start At The Beginning 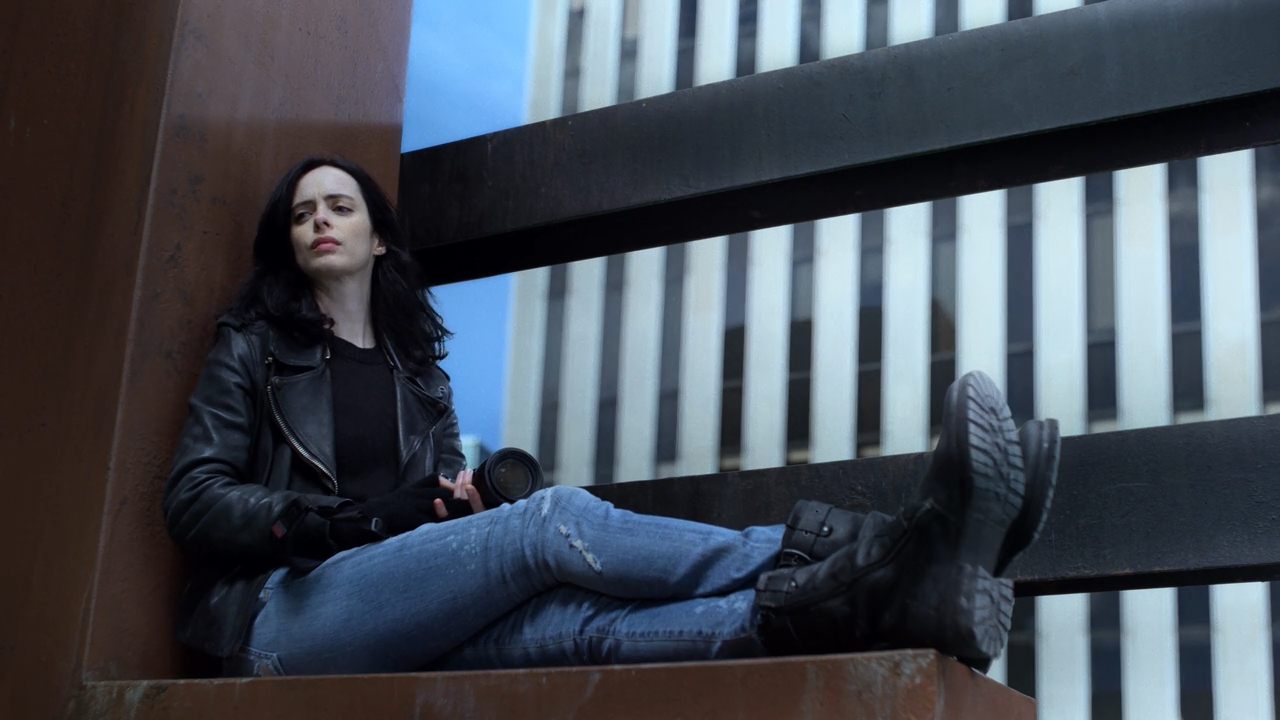 It’s been almost nine months in the real world since we last saw our street level heroes in Marvel’s The Defenders. That show ended with each of the main characters headed back to their smaller individual worlds but it seems the consequences of the events that unfolded in the Netflix team-up will continue to haunt each of its super powered members. That’s what we witness in the second season premiere of Jessica Jones as the wobbly private investigator picks up pieces of her life after the events of her own Season 1 and her encounter with others like her and sets on in a new direction this season, one that looks like it’ll explore her own inner demons while simultaneously pitting her against a literal monster. In fact that’s pretty much the theme of this first episode as all the characters are presented with a new set of problems that are direct consequences of what they went through in the first season.

Let’s start with Jessica. After snapping Kilgrave’s neck at the end of Season 1, she’s heavily weighed down by the self-imposed moniker of a killer. We see her dodging and running away from her past demons, whether it’s the encounter with the mind-control freak, her newfound status as a vigilante superhero or even her mysterious origins after the fateful accident. She keeps herself busy by taking relatively low-profile PI cases like spying on people having affairs while continuing to shoe off uninteresting clients. She runs Alias Investigations like a two-employee startup and even refuses a hostile takeover offer from rival PI firm Cheng International, run by Pryce Cheng like a multi-million dollar corporation. Time and again though, she refuses to go back to deal with the events that continue to haunt her, sometimes due to lack of answers about them.

Her surrounding characters are going through similar motions, albeit not with as much depth as she is. Trish Walker for instance is struggling with fledgling ratings on her radio show and in rising desperation, is even willing to dig into Jessica’s past to trace her superhero origins if it would get her a good story. This drives a rift between her and Jessica, and things come to a head when she presents Jones with the ashes of her own parents to emotionally manipulate her to delve into her own past. But they’re friends at the end and so when Jessica lands in jail after assaulting Pryce Cheng, it’s Trish and her guy Griffin who bail her out, even at the cost of getting late for their charity event. Oh and by the way, Trish is with someone who, at least on the surface seems like a nice guy and we’ll hopefully learn more about Griffin in the episodes that follow (read: things may not necessarily go well). 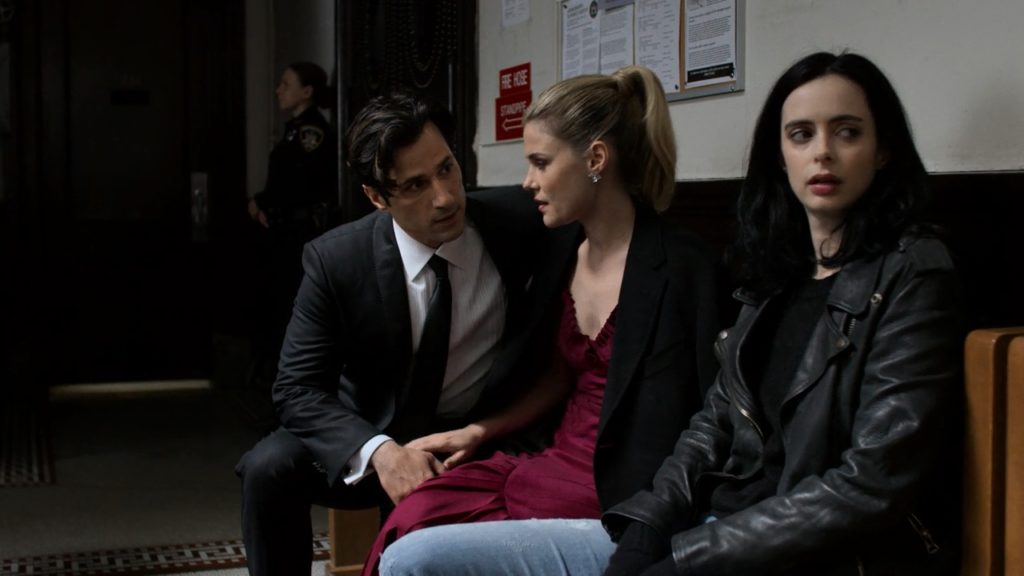 Malcolm has recovered tremendously since his time spent mostly as a drug-addict during Season 1. It’s nice to see him in charge of his life, working as Jessica’s No. 2 and only employee at Alias Investigations. He’s like a PA to the PI, handling all the executive tasks and repairs that result from Jessica’s antics. Then there’s Jeri Hogarth, reeling from the loss of her wife as she receives some even more bad news about her ailing health. A lot of it is presenting the characters with new season encompassing conflicts to deal with while also setting up plot points that will (hopefully) pay off in future episodes.

What does kick off things this season is one of Jessica’s prospective clients. Nicknamed The Whizzer, he insists he can run fast when afraid and someone is seemingly after his life. Honestly, I didn’t believe him at all and my reaction was more or less similar to Jessica’s which is why it surprised me to no end when his ridiculous sounding claims turned out to be true. As it turns out he was created by IGH, the same Indian-Hill like corporation that was responsible for Jessica’s origins. I wouldn’t be surprised if it turns out to have a Doctor Strange too. As for whether The Whizzer is a Flash rip-off from the comics, I really can’t recall at this moment. Comments are welcome. 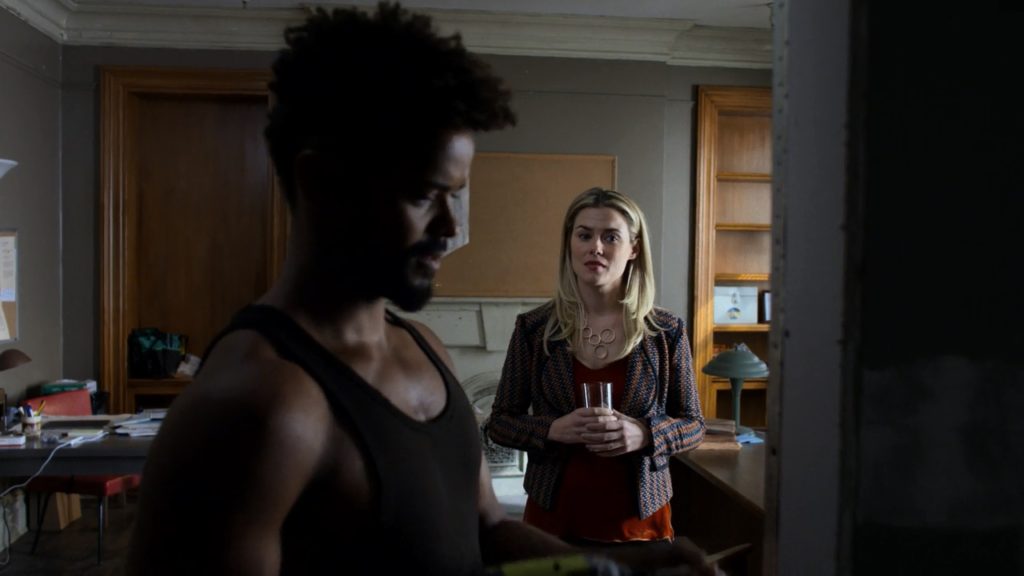 Krysten Ritter and Carrie-Ann Moss really sink into their performances and convey plenty through their eyes alone. Ritter very convincingly portrays about the lost and desolate mindset of the character while Moss’ performance just latches on to you in the short scene in which she reacts to bad news about her health. Fitting for Jessica Jones to come out just in time to celebrate Women’s Day then; Jeri Hogarth’s speech could probably be well fitted for use in a standalone manner, ignoring of course the dinner-table conversation that follows immediately.

On the whole, things kick off to a great start in Season 2’s premiere episode. Admittedly, the episode is slow on the pacing but that’s a problem that’s fairly all too common in the 13-episode Netflix format and one that’s more often than not visible during the first few episodes. It’s somewhere around the middle that the plot starts taking off; we’ll need to see if Jessica Jones follows that trend with Season 2 as well.