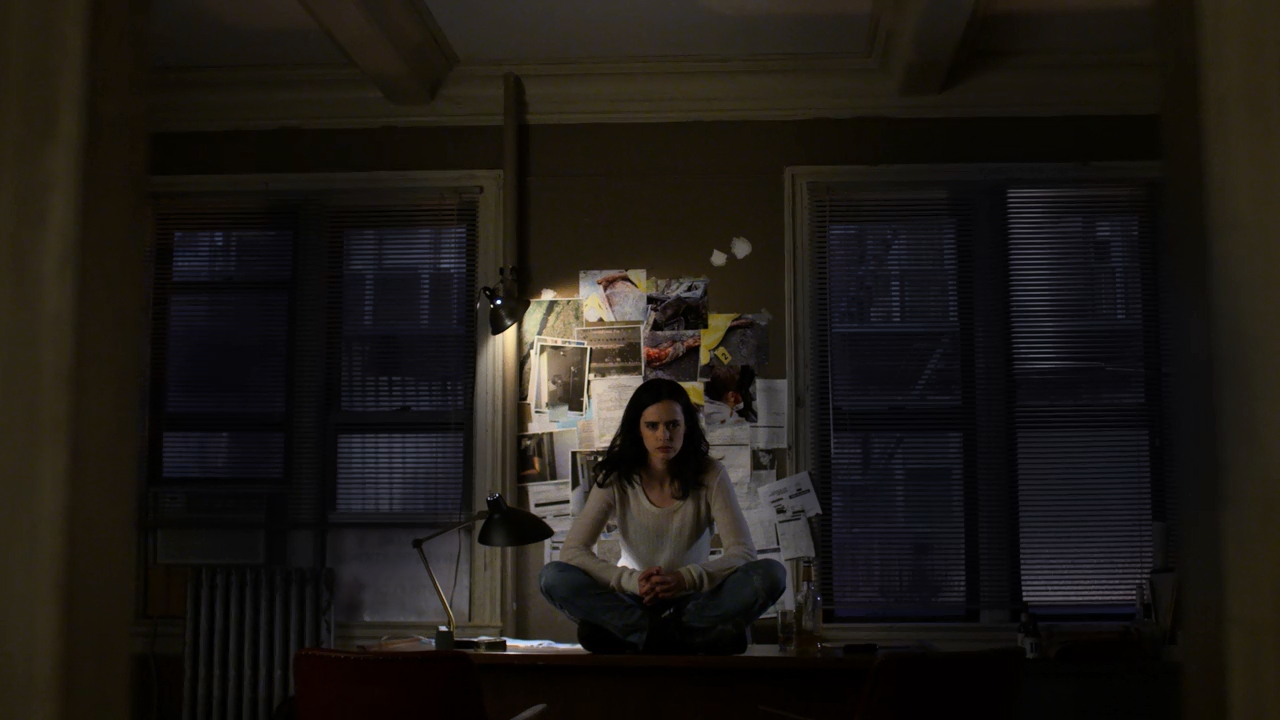 Things are starting to heat up. Of course we know better than to actually believe Jessica will close in on the investigation in a matter of a few episodes but she makes significant progress in tracking her own origins. A new player enters the scene with powers that mirror Jessica’s own and brings with her even more questions surrounding her identity. Meanwhile, we finally learn what Jeri Hogarth has been diagnosed for when she has a heart-to-heart of sorts with Jessica herself and the showrunners are clearly setting off something between Malcolm and Trish.

That’s a lot of progress to track and discuss so let’s break it down character by character. Normally I’d start with the main plot but I feel Jeri Hogarth deserves to lead this one. In a heartfelt moment, she comes clean to Jessica about her illness asking for help to fight her partners who’ve somehow got wind of what’s troubling Jeri and are using it to drive her out of the company. Carrie-Ann Moss conveys poignantly the helplessness felt by her otherwise powerful character while exercising just the right amount of restraint. It’s a stark reminder that in the face of health, even those at positions of power have to bow down. She finds herself increasingly isolated after being diagnosed with ALS and with no one to turn to, she confides in the only other strong woman she knows. In the process she ends up revealing quite a lot about herself including her estranged relationship with her family and how vehemently against she is about taking severance pay and running away from her fate. Her illness is progressively degenerative which means it could take a year or two to claim her life. More than the actual ailment however, it’s the thought of seeing it eat her up slowly and steadily that troubles her. A power-packed scene that sure is. 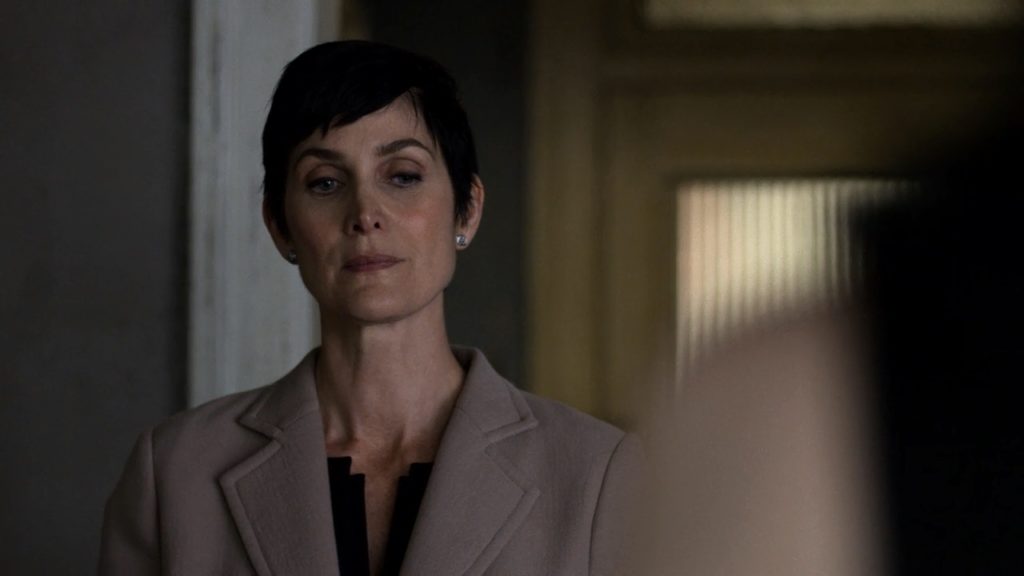 Things start to come clear in the subplot involving Jessica and her new superintendent Oscar. Turns out Oscar is a wanted man currently on parole and when Jessica brought the cops to her, he decided to serve her an eviction notice of 30 days. At least now we know what was up with the mysterious dude when he claimed to avoid having seen her in the previous episode. Jessica sends Malcolm to persuade the landlord to side with her but since Oscar has been doing him some favors painting his boyfriend’s picture, he refuses. I half-thought Malcolm and the landlord would end up in bed to save Jessica from getting evicted but that didn’t come to pass. Jessica also has an easter-egg moment with Oscar’s kid who shows her his Captain America toy without a shield (a great reference to the events of Captain America: Civil War). It’s a little less than subtle but serves as a gentle reminder that the show is set within the same MCU as the movies.

Finally, the A-plot gains steam after Jessica and Trish dump Simpson’s body and resume their investigation. The clues lead them to a Doctor Leslie Hansen, who Jessica meets after locking Trish in her own apartment. However the real Doctor Hansen is found dead in an apartment building and the one Jessica is talking to turns out to have superpowers of her own. Is she the real Hansen? Is she the “monster” they’ve been referring to all season? Or is the show going to pull a one-up on us and have her turn out to be someone like Jessica’s mother? After all, she reveals Jessica died and was brought back to life (much like another character on Agents of S.H.I.E.L.D.) so who’s to say her mother didn’t go through the same fate? There are a lot more questions and we’ll surely get answers to them in the episodes that follow. Suffice to say, the show is raising intriguing questions at this moment and Jessica’s origin is being handled with deft. Instead of hand it all out to us in one flashback, as was the case with Luke Cage, we’re being handed bits and pieces with the hope that they’ll all connect in the end forming a wholesome origin story. As for the bits revealed in this episode, we come to know Jessica is the by-product of accidental gene-editing. Her origin is being tied in with the controversial CRISPR experiments that are being conducted in the real world that involve modifying DNA to remove any imperfections. 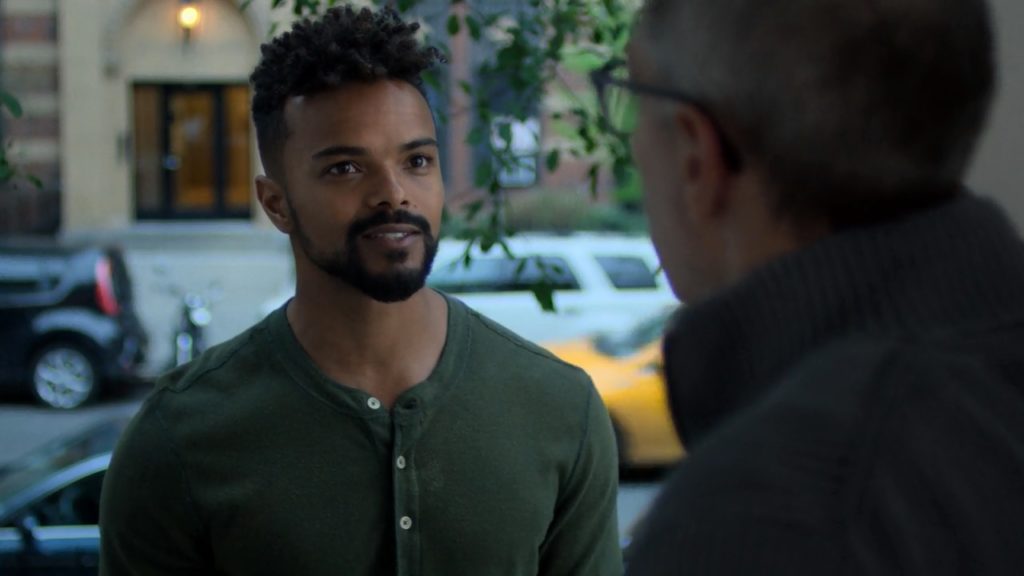 Jessica also undergoes some treatment through a hypnosis doctor which is another way the show is taking us deep inside her mind. While the initial session annoys her to no end, it proves to be effective as she starts having visions from her past later on. In just three episodes, the show seems to have taken us inside Jessica’s mind in a way that it never quite did in the entirety of the first season. Now that I think about it, it’s weird there was not as much mention of her origin back in Season 1 compared to how much it’s being referenced here.

All said and done, things are definitely starting to come together. We’re now fully into the mystery of who’s been indulging in weird experiments at IGH and with the introduction of the woman with superpowers, who most likely herself is one of IGH’s victims, the knots are starting to untie nicely. If the next few episodes can keep this mystery engaging, we might have a winner in Season 2 of Jessica Jones.

On a fun note, it was interesting seeing Foggy Nelson in his small cameo, offering support to Hogarth for her condition. Too bad Hogarth brushes him off; she has a thing for women rather than men it seems. Not sure if Foggy will appear more in the subsequent episodes but I wouldn’t count on it. The Cloak and Dagger reference too was a good one, although a little too in your face.