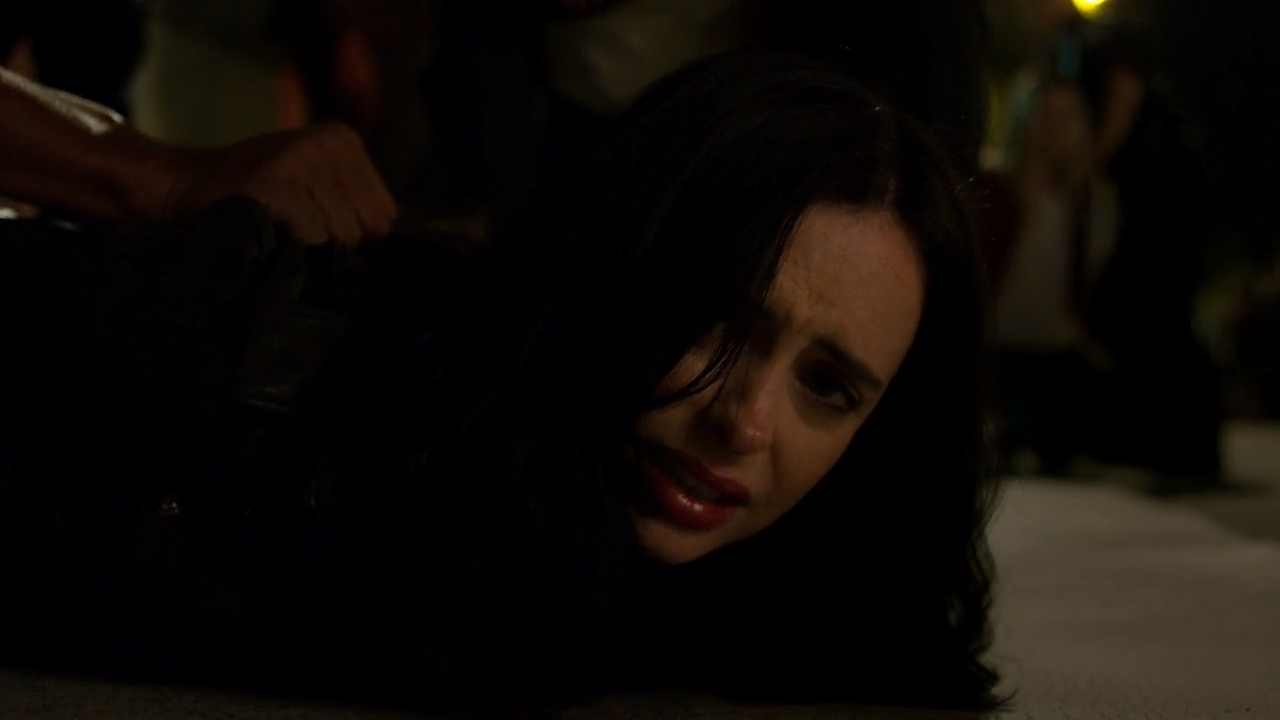 Jessica Jones is juggling a lot of things simultaneously on the show and nowhere is this more evident than in the fourth episode. Keeping her occupied the most is the central investigation around IGH involving her origins and her own past. She has Jeri Hogarth’s case to deal with, which she’s barely been able to devote the time to. Then there’s Oscar’s eviction notice hanging around her head. And as if all of this weren’t enough, you have the annoying Pryce Cheng thrown into the mix who’s still holding a grudge against Jessica for rejecting his acquisition offer and beating the sh*t out of him in return. All these subplots means Jones constantly finds herself caught in something, hopping from one thing to the next in a manner that evokes a similar balancing act as Peter Parker in Sam Raimi’s Spider-Man 2, only in a much darker context.

Thankfully, at least one of these issues should be less of a problem. After Jones saves Oscar’s kid from leaping through her room window, Oscar settles scores with her and tears her eviction notice. The two even share a moment until Oscar calls out the sudden intimacy as being inappropriate for the moment. He however reassures her that he finds the situation abnormal, not the person. Despite his own track record, Oscar is a man with a good heart which probably draws Jessica closer to him; she too has often found herself at the wrong end of the stick but us viewers and her allies would know she means well.

Jeri Hogarth’s subplot is progressing at a smooth pace taking baby steps every episode, away from the central conflict of the show. After we learned of the illness that she’s been diagnosed with, we now learn of the real reason that’s been bothering her. More than the illness, she’s afraid and angry at the thought of ALS consuming her just like brain cancer did to her father. It’s the feeling of being powerless against an unnatural force she’s been struck with and forced to confront that ties her down. Not one to back out and be bogged down though, she searches for alternatives for assisted suicide and orders drugs from some shady Russian e-commerce website. She’d rather have herself kill her than the illness. 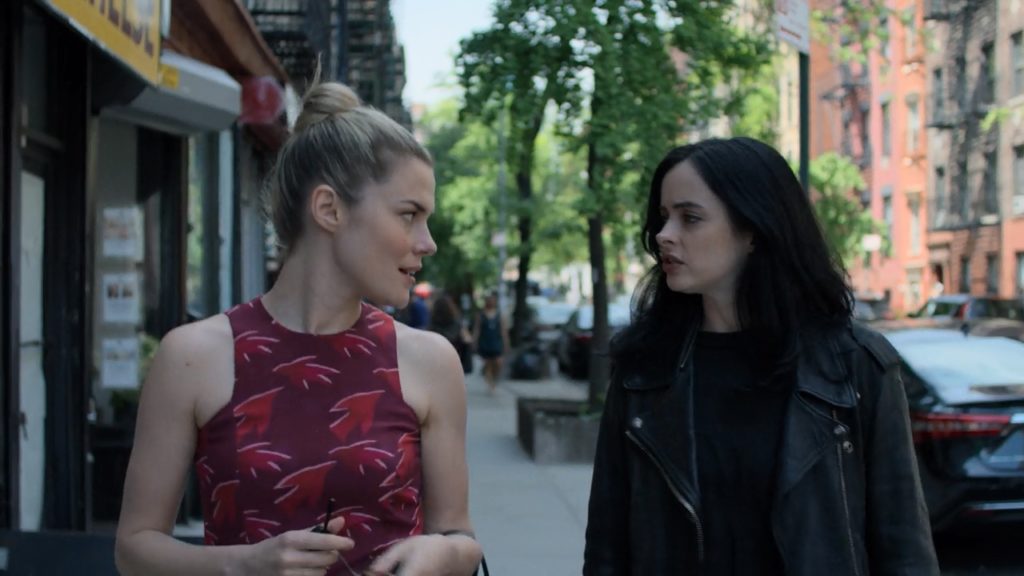 Trish is fighting her own battles resisting addiction after recovering from it in between the two seasons. Unfortunately, she’s unable to stay away for long and the lure of Simpson’s inhaler brings her back into aggressive charged up mode, which Jessica reacts warily to but still doesn’t suspect what’s wrong. Both Trish and Hogarth seem to have an affinity for power and hate it when situations render them weak. Both also seem to have found their own ways to outmatch their powerlessness. It’s an interesting dynamic and parallel that’s less clearly visible between the two but is nevertheless there. It all turns out to be in vain though for Trish and Jess since the woman the duo were chasing turns out to be the wrong one. She however offers them some insight about the other superpowered individual which they realize was actually a patient of IGH who underwent experiments similar to Jessica. The horror on Jessica’s face shows she suspects what if she was one of such patients who unknowingly did horrible things to nurses at the hospital?

She’s almost forced to confront her horror at the end of the episode when Pryce Cheng’s hitman is taken down by the mysterious woman for getting away with Jessica’s IGH research. Watching her pinned down by the cops murmuring her innocence, we see her worst fears unfold right before her eyes. She starts doubting herself and her own sanity and all the horrible things she was and is capable of, a glimpse of which we see in her interrogation of filmmaker Max (who however admittedly totally deserved a wack). You can see she’s questioning how safe she is for others around her and whether or not the show will carry forward this plot thread is something we’ll have to see.

The show has now set up multiple subplots and is making slow progress on each of them in parallel. It seems only a matter of time before some of these intertwine and intersect as the paths of each of the characters cross. And with Jeri Hogarth’s mental state worsening, I could totally see her seeking some sort of experimental treatment at IGH to get rid of her ALS and instead turn out with superpowers herself. Only it seems like it would be a bit out of character unless they weave in Hogarth’s story with someone from the comics.

The first trailer for Fantastic Beasts: The Crimes of Grindelwald drops tomorrow, teaser out