It begs the question: what other characters will make the big jump? 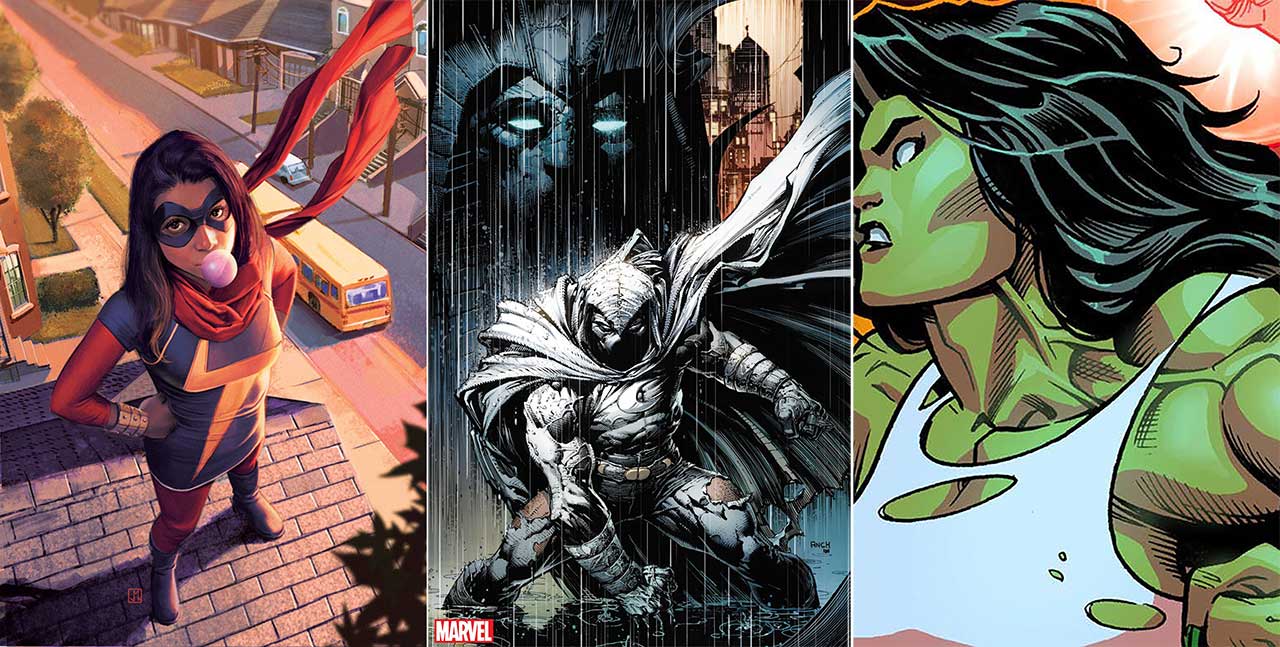 Marvel Studios is all set to go ballistic on viewers. In a span of two years, the studio will produce five films and five original shows for its parent company’s streaming service Disney+, all set within its Marvel Cinematic Universe. Now, in a podcast with The Hollywood Reporter, Kevin Feige officially confirmed that we can expect characters like Ms. Marvel, She-Hulk and Moon Knight to crossover on the big screen, after their debuts on their respective shows.

Just to reiterate, this isn’t an earth-shattering confirmation by any means. Fans have long speculated that the entire point of these shows being made on Disney+ is so they could eventually tie into the movies, subsequently making the streaming service a lucrative subscription option. Disney acknowledged as such in its earlier talks. It’s only just the first time we’ve gotten confirmation of this from Marvel Studios head-honcho Kevin Feige. And generally, when Feige says it will happen, it does happen.

This begs the question: What other characters have the potential of crossing over on the big screen? Now I’m not going to make a listicle out of this but my strongest bets would be for Charlie Cox’s Matt Murdock a.k.a. Daredevil. The actor and the entire team of the Marvel-Netflix show were left high and dry after Netflix announced a series of cancellations, abruptly striking off all its Marvel properties in quick succession. Given how well the show was done, and given how much the #SaveDaredevil campaign has picked up steam, if anyone deserves a big-screen crossover, it’s him. And also probably Jessica Jones and The Punisher; those were great too.

The reality of show-business though suggests we’re a long way off from that happening. Netflix has a deal in place that prevents Marvel from doing anything with these characters two years until after the cancellation of the shows. Still, it’s good to hold on hope and wonder if someday we’ll see Matt Murdock will become Peter Parker’s lawyer in New York City, with Deadpool swinging by to say hello to his friends. A fan can dream.