Feige explains how Zhao’s penchant for shooting practical adds to the movie. 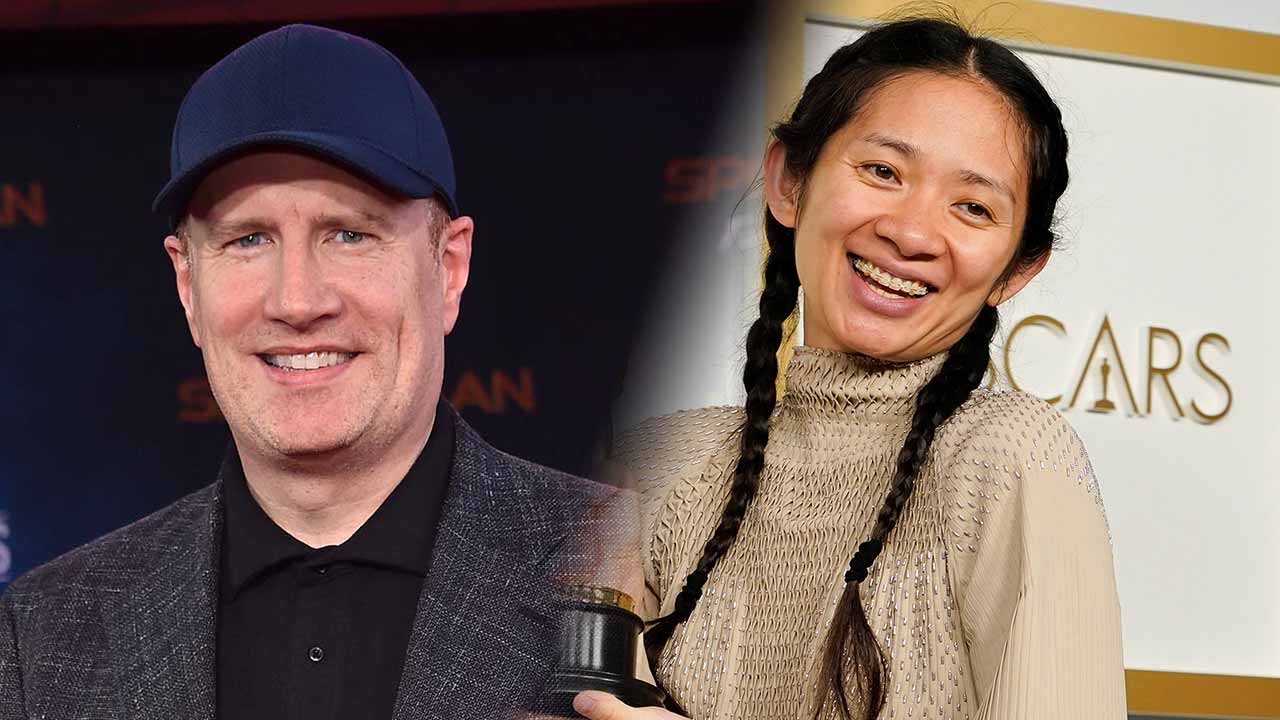 One of the challenges in big-budget filmmaking ironically is shooting as much of it practical as possible. Filming on practical sets lends an authenticity to the movie and it’s also good press these days as it disproves the film’s over-reliance on CGI. The Eternals director Chloe Zhao seems to have got this just right as Marvel Studios President Kevin Feige can’t stop gushing over how amazing the movie looks.

Feige was all praise for the director’s visual style, something he was able to relate further with the release of Zhao’s Nomadlands and saw it replicated in The Eternals. Naturally, it benefits a big-scale movie such as this in perceivable ways.

You’ll see it very directly. She had shot “Nomadland” before she had come to do “Eternals”. I knew that occasionally she would go by herself in her solar-powered van and drive to South Dakota to make this little movie she was working on. OK! That’s neat; that’s different, but OK.

What she talked about was really fighting for practical locations, for practical elements — yes, in a movie that is full of visual effects and characters with extraordinary powers, but doing as much as possible on far-flung locations. And that starts to reap benefits visually immediately.

To further drive home the point, Feige recalled their first sizzle reel presentation to Disney+ executives and emphasizing how everything that they were seeing was 100% real, without being touched up by VFX. He was able to further relate the style to that employed when filming Nomadlands so if you ever wish to get a sense of how The Eternals might look like, watching that movie alongside the set photos released in 2019 should give you a good sense.

We cut a little sample reel together, I remember, to show [Disney higher-ups]. And it was so beautiful, and I had to keep saying, “This is right out of a camera; there’s no VFX work to this at all!” Because it was a beautiful sunset, with perfect waves and mist coming up from the shore on this giant cliffside — really, really impressive stuff.

Then seeing “Nomadland” after we had shot “Eternals,” you go, “Oh! That is not just what she wanted to bring to Marvel, to get out of a virtual greenscreen world, which is often the case in our films. This is a signature style.” Of her, of our DP Ben [Davis], and of Josh [James Richards, “Nomadland’s” cinematographer].

Zhao is basking in the glory of her Academy Award win, a historic moment for the Oscars as a woman of color took home the Best Director award. The Academy has been opening up to the world off late, a move signified last year when Parasite won the Best Picture award. The Eternals is currently set for release on Nov 5, 2021.