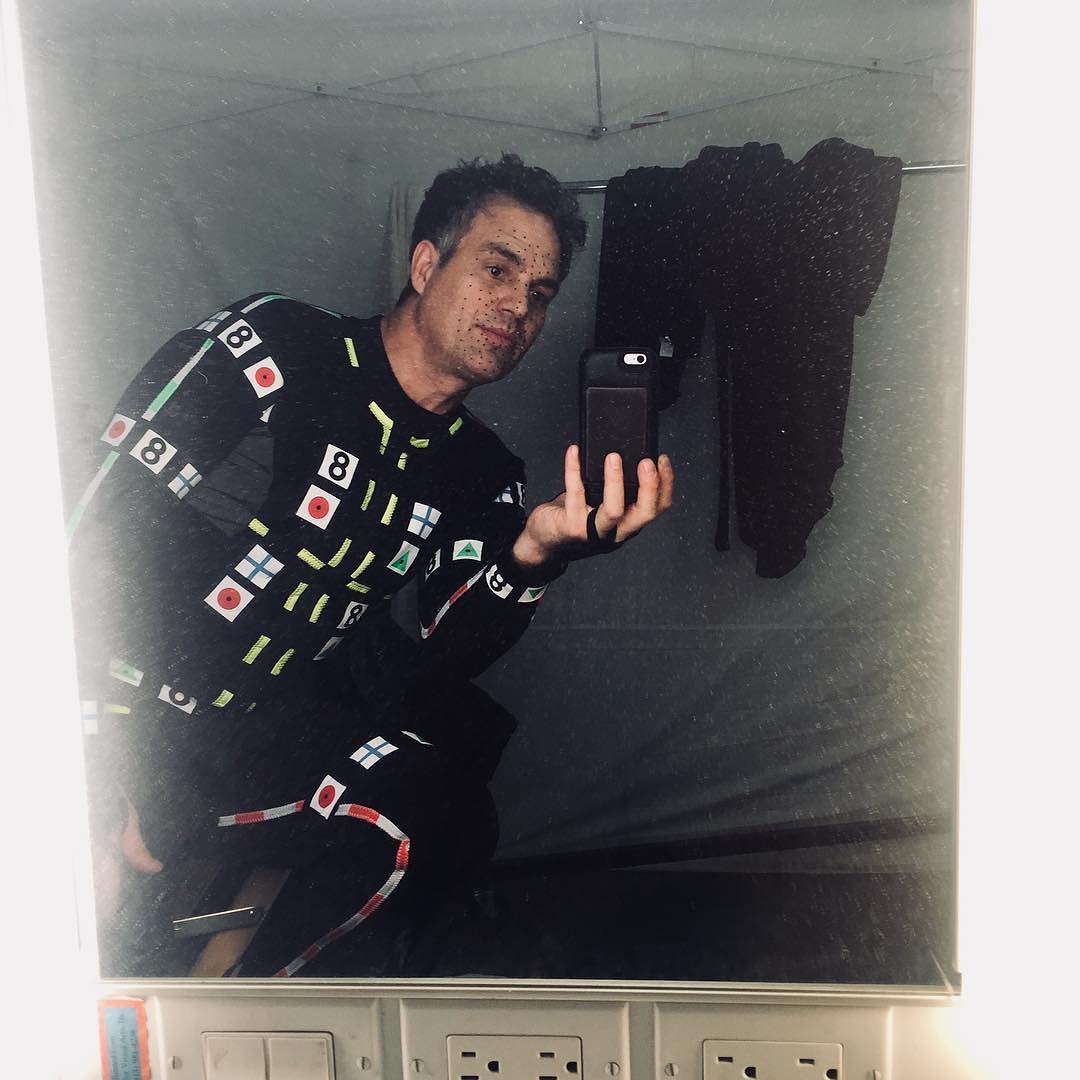 Mark Ruffalo seems to be Marvel’s favorite (or not so favorite) spoiler-boy. Giving stiff competition to Tom Holland in spoiling things, Ruffalo’s antics can sometimes turn out to be headache inducing for Marvel. For instance there was the time when he “accidentally” live streamed audio from the first 15 minutes of Thor: Ragnarok. Now Ruffalo is up to it again and took to Instagram earlier today to share a new pic supposedly from the sets of his upcoming Avengers: Infinity War.

The image only gives us a look at him in his MoCap suit without any context whatsoever. The caption makes you want to believe Ruffalo snuck into a mirror on set and took the photo without Marvel noticing although in a production as tightly controlled as Avengers: Infinity War, I highly doubt that’s the case. For context, last year Tom Holland had to publicly burn his script after he accidentally ended up carrying it home just to assure the film’s producers that there was no way it would leak out. Secrecy is high on such projects and actors seldom get to read complete scripts unless of course, you’re Robert Downey Jr.

Avengers: Infinity War unleashes havoc in theaters on May 4, 2018. Before that, we have Black Panther to look up to which arrives in theaters on Feb 16, 2018.