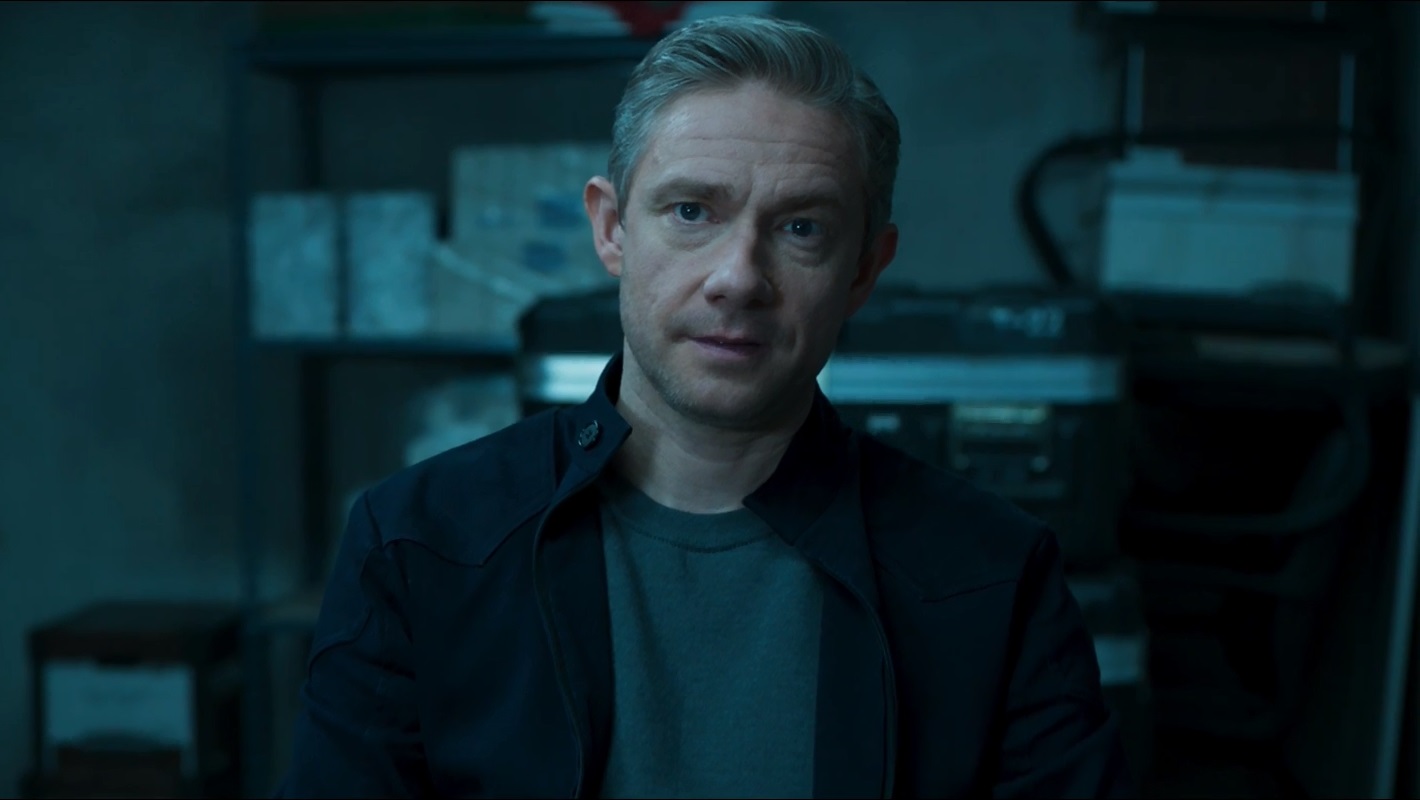 Black Panther is receiving plenty of praise at the moment. And while most of it is directed towards the movie’s largely black cast, a small chunk of it has also gone towards Martin Freeman’s CIA Agent Everett Ross, who we were first introduced to in Captain America: Civil War. Freeman sat down with Den of Geek for a lengthy chat in which he revealed the process of working with director Ryan Coogler on the movie, on what he added to the character, as well as hinting that we may have not have seen the last of Ross.

About the character, Martin Freeman said he wasn’t really a fan of Ross’s portrayal in the comics and intentionally set out to do something different. Fortunately for him, the filmmakers and producers agreed with his vision and they ended up eschewing a lot of the source material related to Ross and spinning out their own take on it. In doing so, Ross became the eyes and ears of Americans into this black world of Wakanda. As Ross puts it:

I, to be honest, wasn’t massively keen to play that in the context of Black Panther. Just because I think the trope of a nervous white guy, cool black guy, we’ve seen it a million times before breakfast. So yeah, I wasn’t mostly keen. Fortunately, Ryan (Coogler, director) and Nate Moore (producer) weren’t massively keen either on that. So we talked a lot about what he might be.

He’s like America and the West. Whatever color you are, he’s still kind of your eyes and ears in Wakanda because no one’s been to Wakanda. He’s taking you into this other world. If you’re in a cinema in the Western world, you are sort of having the same reaction that Ross is having because we don’t know Wakanda and all our minds would be blown by that. So when you see his mind being blown, then yeah, he’s a sort of surrogate, I guess.

On working with Coogler, Freeman admired his focus towards making a good film first and foremost. He also very succinctly explained the importance of Black Panther to the black community in general and why it’s getting the buzz for all the right reasons.

I’ve had conversations with Ryan about that. That yes, it’s historic because of the size, you know, clearly there have been many, many, many quote unquote black films before but not on this scale, not on this potential commercial scale. So yes, it’s historic. And I think for a lot of people, a lot of kids, all the stuff that can sound like a cliché, can sound trite, is true. You know, all that stuff is true. That it’s important.

Finally, on the topic of potential future appearances by Everett Ross in the Marvel Cinematic Universe, Freeman sounded positive:

They did. They did. They introduced me in Civil War and said there would be a couple of other films, one of which was Black Panther. So that was always on the cards.

It’s very likely Ross could make an appearance in Avengers: Infinity War since Wakanda is about to play a major role in that movie. However MCU Exchange has an interesting theory that, given his background as an Air Force Pilot, he could make an appearance in Captain Marvel as well, perhaps along with Agent Coulson of S.H.I.E.L.D. And keeping in mind his comic book history, he could play T’Challa’s long-term ally beyond the untitled Avengers 4 in a Black Panther sequel.

I do recommend giving the entire interview a read at the source link below, it’s a delightfully informative read. Sound off in the comments below about your theories on Ross’s future in the MCU.