avengers infinity warMarvel Cinematic UniverseMovies
By Divij Sonak On May 1, 2018 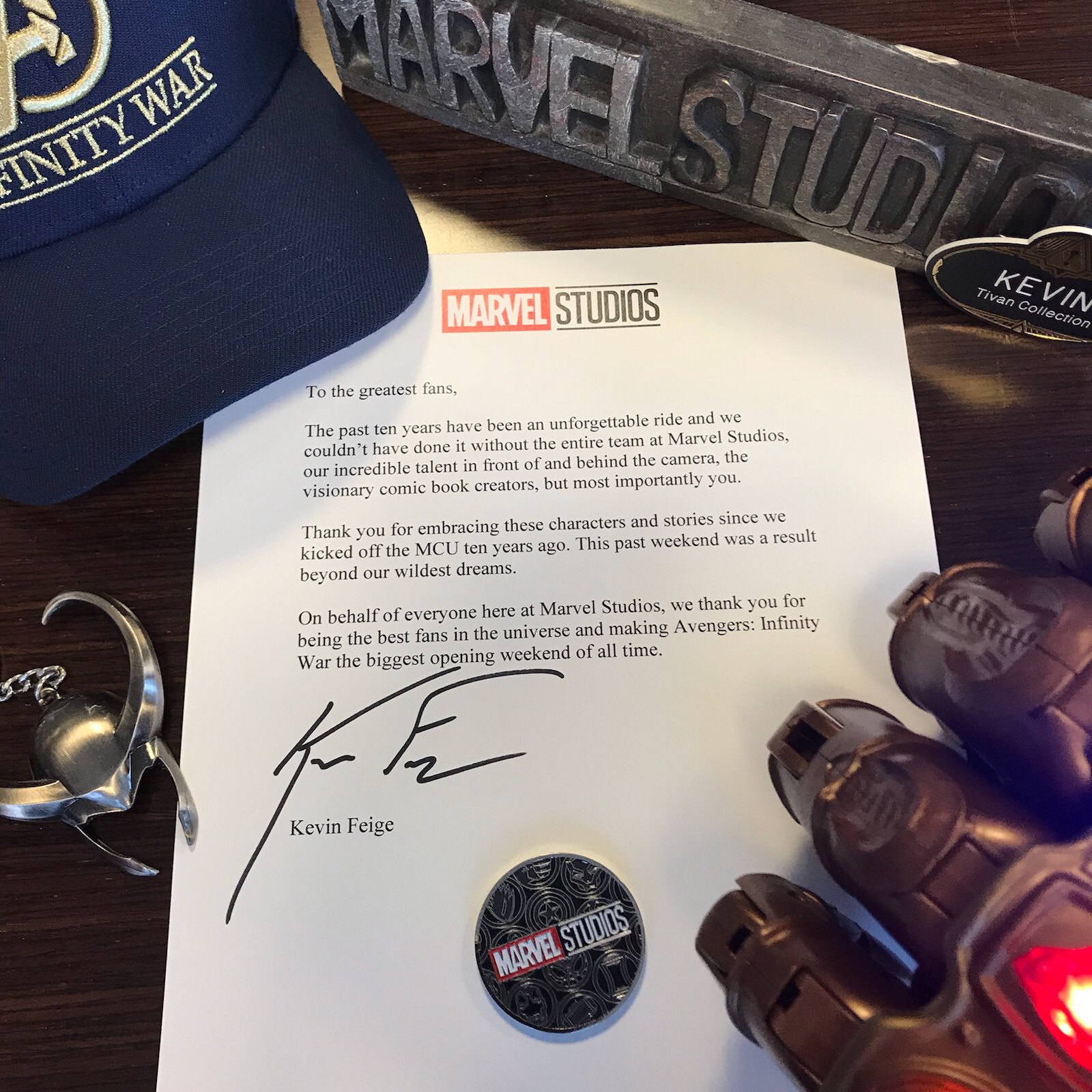 Marvel Studios President Kevin Feige is a happy man. Avengers: Infinity War broke all opening weekend records with its release on April 27. The foundation that he laid out for the MCU 10 years ago with the release of Iron Man has finally paid off. Feige took to Twitter to express his thanks to the creators, actors and most importantly, the fans for making the MCU the success that it has been.

For those unable to open the image, here’s the letter reproduced in its entirety.

To the greatest fans,

The past ten years have been an unforgettable ride and we couldn’t have done it without the entire team at Marvel Studios, our incredible talent in front of and behind the camera, the visionary comic book creators, but most importantly you.

Thank you for embracing these characters and stories since we kicked off the MCU ten years ago. This past weekend was a result beyond our wildest dreams.

On behalf of everyone here at Marvel Studios, we thank you for being the best fans in the universe and making Avengers: Infinity War the biggest opening weekend of all time.

The image itself is surrounded by some MCU trivia, including most prominently Thanos’ gauntlet holding the letter as well as the Collector’s Tanelier Tivan’s collection. Feige has always serviced fans first and it is indeed both humbling and exciting to see the MCU have come this far. And with Ant-Man and the Wasp, Captain Marvel and Avengers 4 slated for release within the next year, it certainly shows no signs of slowing down. Have you contributed to the opening weekend of Infinity War already? How many times have you seen the movie? Let us know in the comments below.

The New Ant-Man And The Wasp Theatrical Trailer Is Here, Teases Goliath