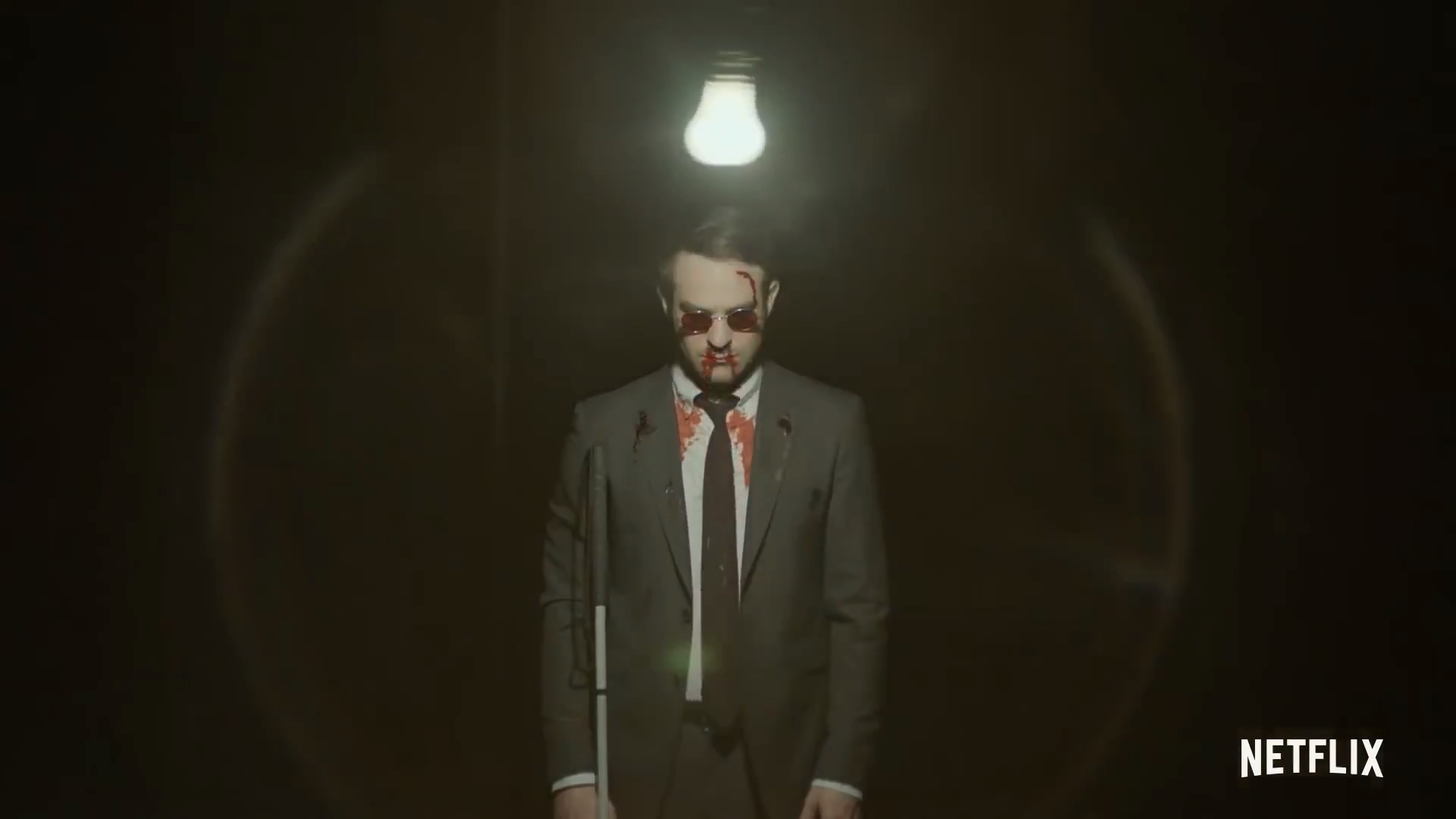 Marvel’s Netflix division is truly on a roll this year. After getting new seasons of Jessica Jones, Luke Cage and Iron Fist all spaced two to three months apart, we’re now about to get the third season of Daredevil. Marvel just outed the first poster for Season 3 of Matt Murdock’s quest and it hints at a darker Daredevil. Check it out below:

Do not fear the dark. Become it. #Daredevil pic.twitter.com/R8zBSsciQB

To complement the announcement and give us our first doze of the show, Netflix has also uploaded a short teaser for the upcoming Season. From the footage, it appears Murdock is intent on eliminating evil entirely from its root in Hell’s Kitchen which hints at taking him down a darker path, one where the lines between vigilante and hero might get blurred. This might mirror some similar themes from Luke Cage Season 2. Check out the gripping footage below.

When we last saw Matt Murdock, he was in pretty bad shape. Assumed dead by his Defender teammates, he managed to escape the ensuing wreckage from the building collapse during his fight with Elektra. Little has been made available in terms of plot points although we expect info to begin trickling down as Netflix begins marketing the new season. There’s a lot to be resolved from the end of Season 2 and the nature of The Defenders meant the showrunners didn’t have enough time to touch on those plot points. Of particular importance will be tackling the reveal that Karen Page now knows Matt Murdock’s secret identity.

Earlier this month, Marvel released a very brief teaser for the show as a post-credits stinger for Iron Fist, before making it available online. The teaser was lauded by general audiences who couldn’t wait for the full trailer to come out soon enough (yours truly included).

Daredevil Season 3 will arrive on Netflix on October 19. As always, all episodes will be available for streaming on the same day and we’ll be there to review those for you. Meanwhile, you can check out our review of Iron Fist Season 2.