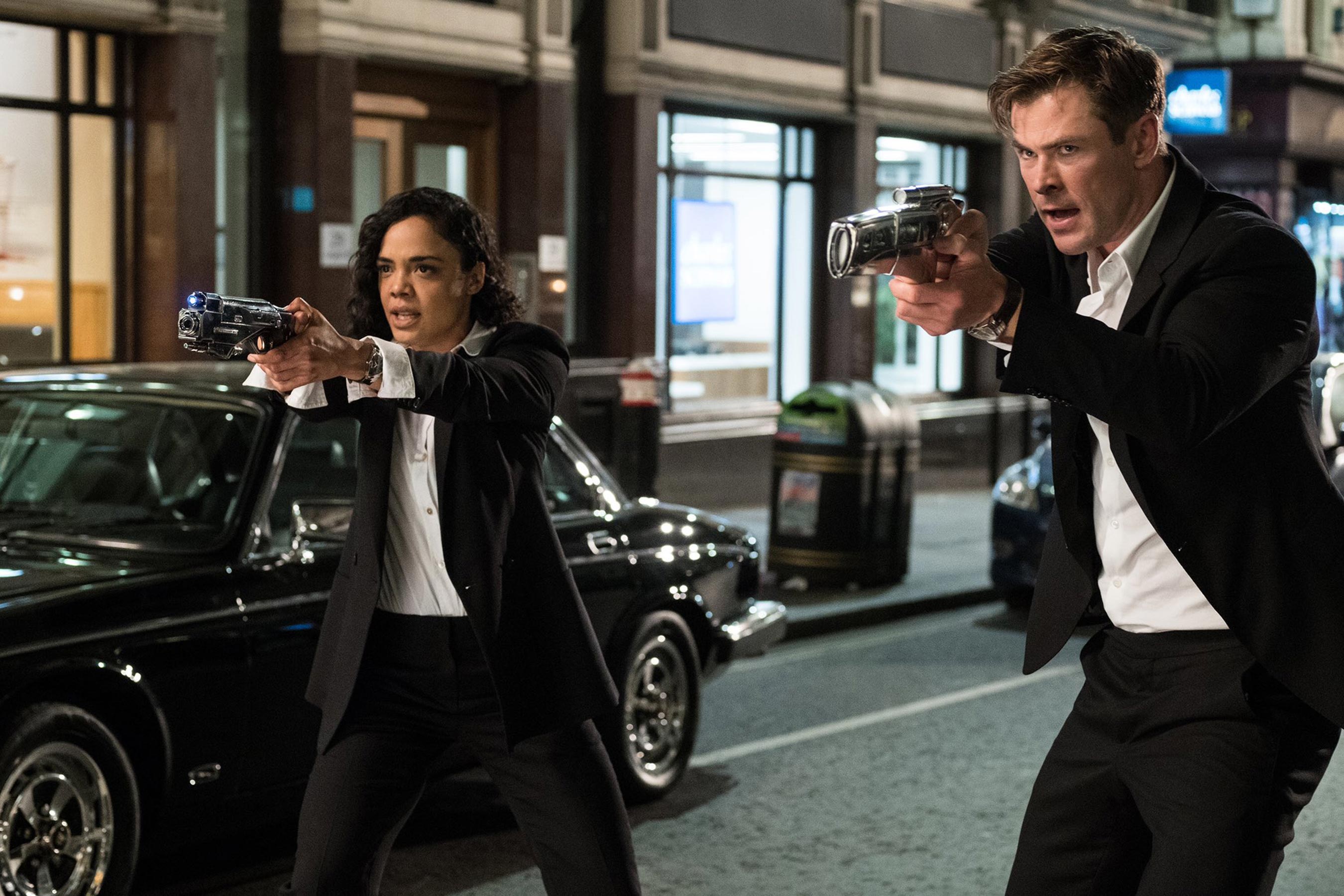 After building up hype in CCXP 2018, Sony premiered the first trailer for Men in Black International online a few hours earlier today. The whizz-bang kick-ass trailers flaunts the strong cast of Men in Black featuring Chris Hemsworth, Tessa Thompson and Liam Neeson wearing suits and working for the fictional MIB that, in the real world, do not exist.

The premise of the trailer and the movie centers around Agent M who heads to MIB’s London headquarters in the United Kingdom, thus inspiring the title. The movie acts as a spin-off to the general Men in Black movie series and sees Chris Hemsworth, Liam Neeson and Tessa Thompson team up to kick some alien butt.

The trailer displays the trademark badassery and goofing around that the franchise is come to be associated with. It maintains its loud, over the top and campy tone with cool gadgets and people in black suit fighting all sorts of weird aliens and doesn’t try to ground itself as anything realistic. Hemsworth and Thompson together are enough for fans to draw comparisons with Thor: Ragnarok. The trailer however, ends with a very delibarete nod to the Norse God when Hemsworth throws a hammer at an alien who’s able to catch it, leading to a joke Marvel fans are sure to appreciate.

By all accounts, this looks like it’ll be that mindless, fun Hollywood popcorn entertainer that we can all just sit back tight and watch, enjoying commercial cinema in the process. What are your thoughts on the trailer though? Let us know if it appeals to you in the comments below.

Men in Black International arrives in theaters on June 14, 2019.

Pirates Of The Caribbean Reboot In The Works

Spider-Man: Into The Spider-Verse – Movie Review