A behind the scenes video for Mission: Impossible 7 shows Tom Cruise pulling off the impossible. 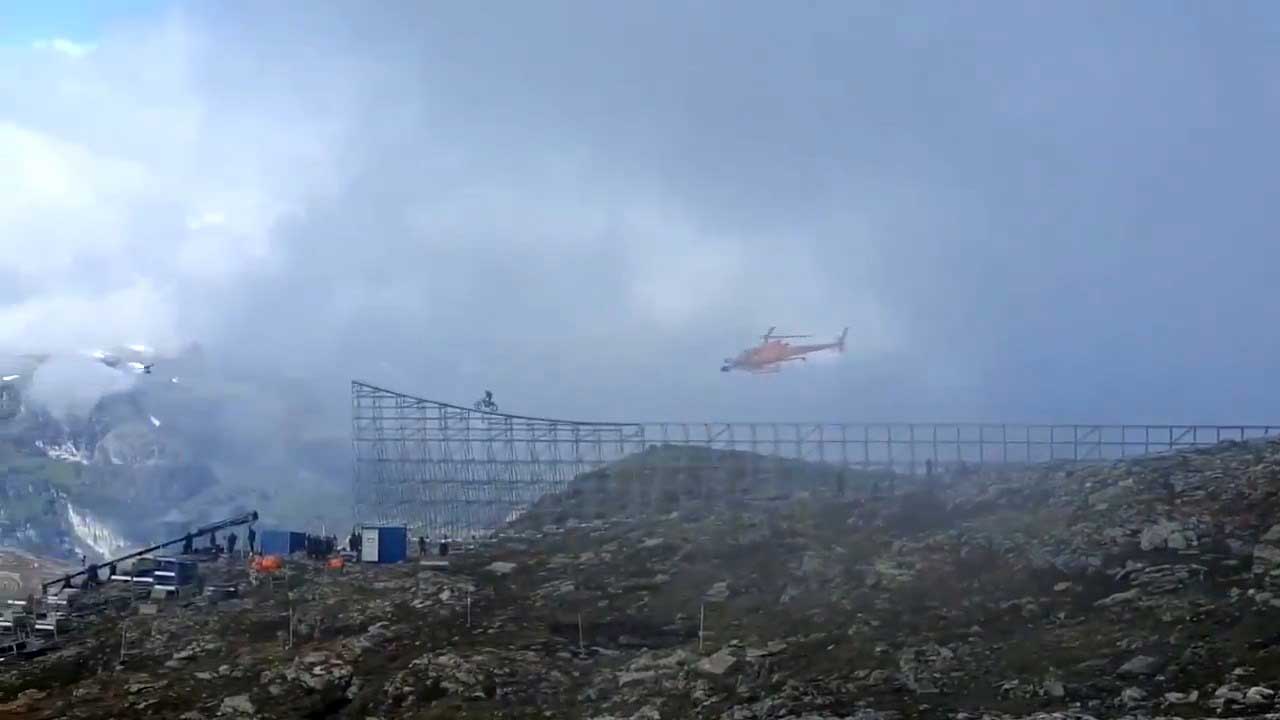 A Mission: Impossible 7 behind the scenes set video shows Tom Cruise literally pulling off the impossible. In what amounts to a death-defying stunt, Cruise rides a bike over a ramped bridge. As the bike dives down, Cruise leaves it and escapes in a parachute. The sequence was captured on passers by cameras and can be viewed in its entirety below.

This is also the same bridge that director Christopher McQuarrie wanted to blow up for the movie, a decision that sparked some controversy until McQuarrie clarified it in a lengthy post. It’s possible the bridge will be blown up later, the ramp removed and the corresponding explosion composited with Cruise’s leap, all through CGI. The only hint that gives us is that Ethan Hunt is either on the run or is chasing something and leaps in a desperate bid to catch it, reminiscent of Pierce Brosnan’s 1995 GoldenEye.

Both Mission: Impossible 7 and Mission: Impossible 8 are shooting back to back. Age is certainly not on Cruise’s side and it’s something he’s well aware of. That could explain the decision to film both installments together – to save on costs as well as get two movies wrapped up before Cruise turns 60. The pandemic threw a wrench into those plans but it looks like things are back for the film’s crew.