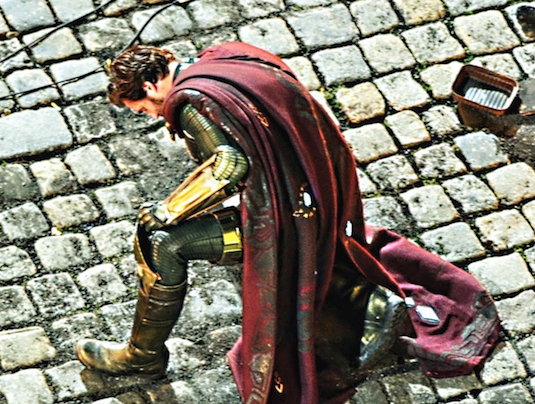 While we await for the Spider-Man: Far From Home trailer (which may or may not arrive), leaks are our only way to keep ourselves satiated. To that end, new leaked art has surfaced giving us our first look at Jake Gyllenhaal’s Mysterio. We’ve only been privy to set photos of the actor in his traditional garb sans the iconic fishbowl helmet and now we have a clearer look at what we can expect him to look like.

Just to be clear, this isn’t any fan art. It looks legit, most likely from the upcoming issue of Empire Magazine that’s set to give us some exclusive coverage of Captain Marvel, Avengers: Endgame and the above mentioned Far From Home. While the fishbowl helmet is still absent here, the rest of the costume looks practically identical to what we saw Gyllenhaal wear on the sets. The helment could most likely be generated through CGI.

What do you make of Gyllenhaal’s look? Let us know in the comments below.