A great start to a New Year 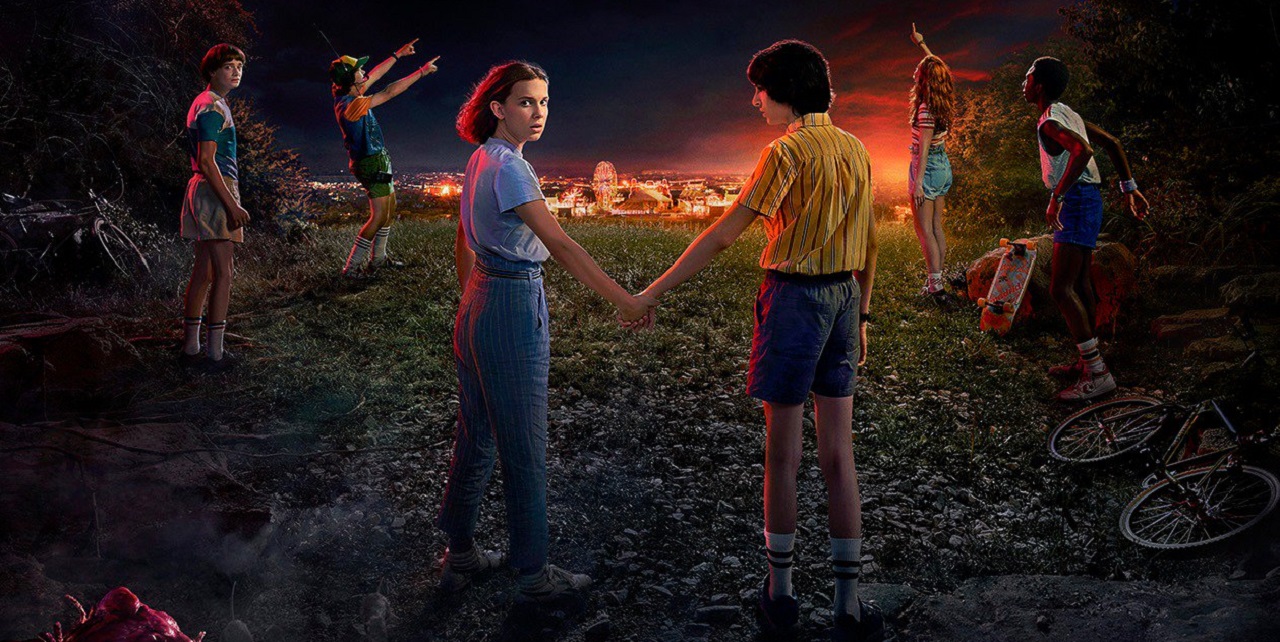 Netflix announced the release date of Stranger Things 3 with a cryptic teaser, giving fans a great gift as they usher in a New Year. The short minute long trailer shows 1985’s New Year’s Celebrations in Times Square, New York as the footage is affected by some electromagnetic disturbances, before turning the celebrations upside down. The logo is then followed by the release date being revealed as July 4, 2019.

Netflix also dropped an extended teaser trailer, detailing the New Years’ celebrations with more footage. This is nearly a 4-minute trailer, although it still doesn’t contain anything revealing from Season 3, instead showing The Upside Down’s influence on the fireworks while giving us a new quote. The Independence Day of 1985 is also listed, perhaps suggesting that the show will be set on July 4, 1985, a few months after Stranger Things 2.

That’s right. Netflix will drop all episodes of Stranger Things Season 3 on this year’s highly busy Independence Day weekend of July 4. It’s a bold move by Netflix to release all episodes of its most popular show in what would undoubtedly be a busy summer weekend. It’s also a move that also speaks of its confidence in its own show that has since acquired a cult status. This is the same weekend that will see the release of Spider-Man: Far From Home and a currently Untitled Annabelle film, followed two weeks later by Disney’s The Lion King remake. Considering the incredibly addictive nature of the show though, we have no doubt fans are going to binge watch the entire thing on a single Saturday.

The teaser itself is heavily secretive, and gives us little apart from highlighting lines such as when blue and yellow meet in the west and Silvercatfeeds which as of now isn’t a social media handle registered to anyone. Lynx Corp is also teased and fans are raiding social media, trying to figure out clues to the riddles in the teaser. We’re unsure whether the New Year celebrations shown in the trailer will be present in the show before they’re taken over by The Upside Down, the parallel dark dimension where demons like Demogorgons reside. Judging by the One Summer can change everything q

This isn’t the first and only piece of marketing Netflix has done for the show. A few weeks before, Netflix released a teaser for Stranger Things 3 that revealed its weird, similarly cryptic episode titles. And today’s teaser comes with a poster for Season 3 celebrating the New Year 2019, despite the show supposedly maintaining its summer setting.

In case you’re curious about those eight episode titles, here they are:

Stranger Things Season 3, also referred to as Stranger Things 3 will be directed by original creators, the Duffer Brothers and will star Millie Bobby Brown as Eleven, Winona Ryder as Joyce Byers, Noah Schnapp as her son Will Byers, David Harbor as Hawkins Police Department chief Jim Hopper, Gaten Matarazzo as Dustin Henderson, Finn Wolfhard as Mike Wheeler, Natalia Dyer as Nancy Wheeler and Charlie Heaton as Jonathan Byers. All 8 episodes of season 3 will premiere on July 4, 2019.

The Top 10 Grossing Movies Of 2018 Worldwide