With its eerie vibe, the poster is easily the best Fallen Kingdom poster released so far

With its eerie vibe, the poster is easily the best Fallen Kingdom poster released so far 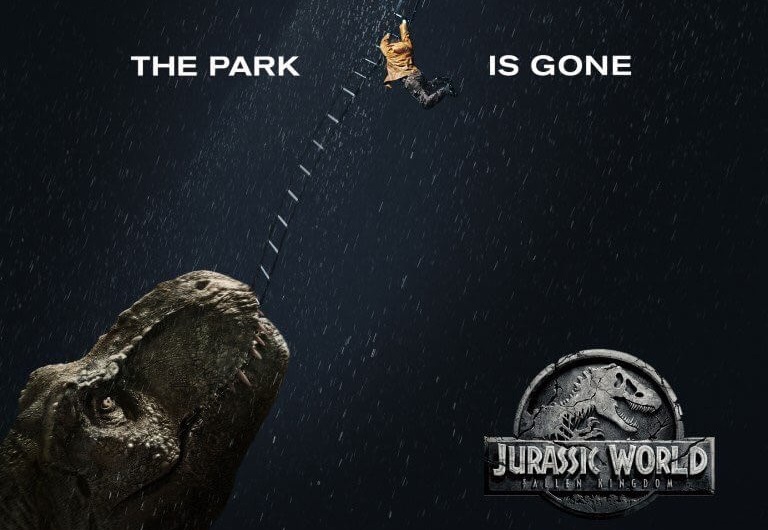 Jurassic World: Fallen Kingdom is piped and poised to be the next big thing in a packed 2018 summer. Already tracking for a huge opening, the movie’s marketing is entering its final gear. To that end, director J. A. Bayona joined in and shared a new IMAX poster for the movie on Twitter which you can view using the embed below.

I love this new poster for #JurassicWorldFallenKingdom! It's from one of my favorites scenes in the movie. I can't wait for all of you to watch it! pic.twitter.com/vo74EH1fX5

The posters for Fallen Kingdom have received some criticism for their amateur quality photoshop work. By those standards, the one shared by Bayona is easily the best of the lot. It’s a mighty impressive poster in itself as well, keeping things minimalist, with an eerily fearful vibe emanating from its visuals as it highlights one of the scenes showcased in the trailers where the T-Rex is about to latch on to Robert Emms’ character. The Park is Gone tagline is also highlighted and being effectively used in the marketing campaign that’s playing out. The director also reveals it’s one of his favorite scenes in the movie and we’re excited to see how it plays out.

What do you think of this new poster? And where does it stack up for you in comparison to some of the earlier posters revealed for the movie? Let us know your thoughts in the comments below.

Jurassic World: Fallen Kingdom arrives in theaters on June 22, 2018 all over the world, with the exception of the United Kingdom where it arrives a few weeks earlier on June 6, 2018.