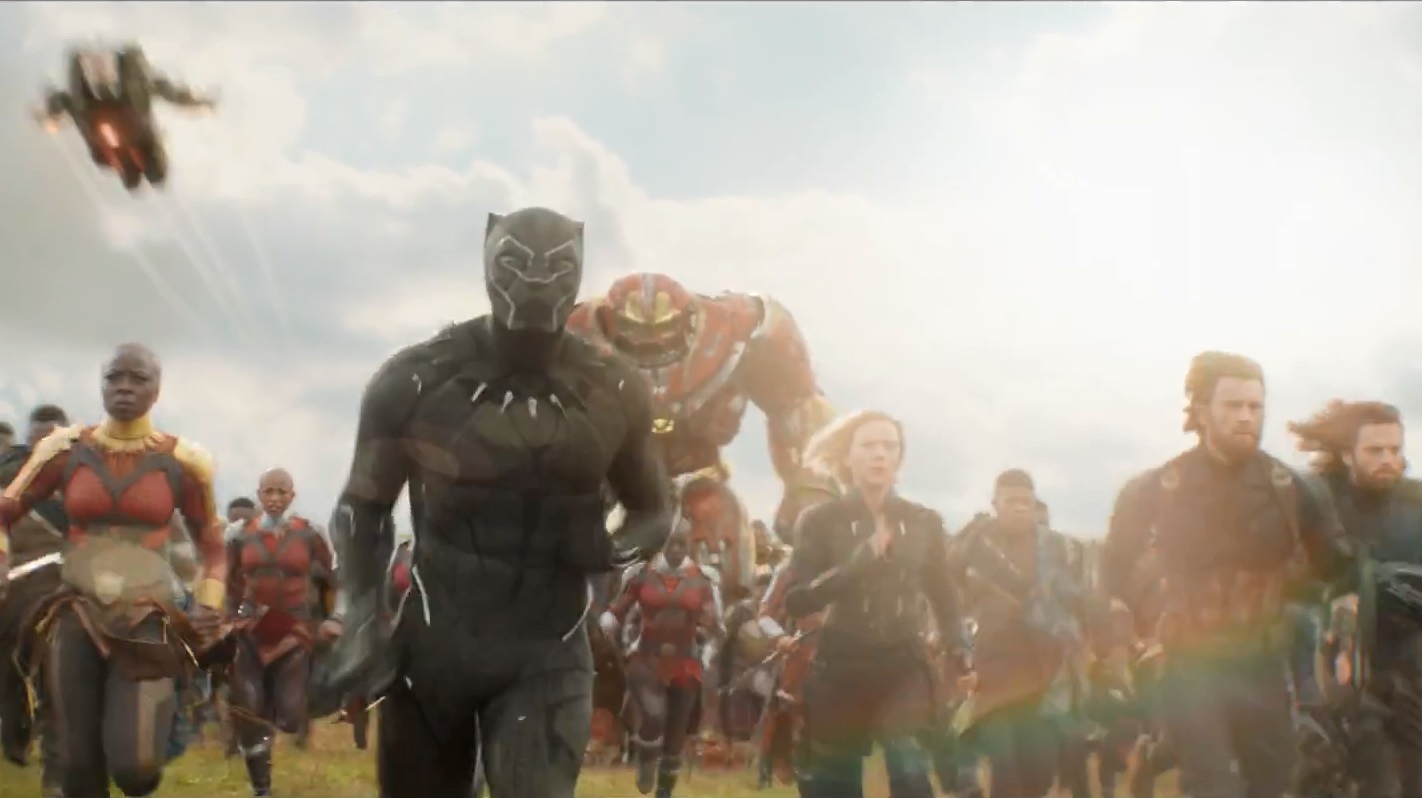 The last few TV Spots for Avengers: Infinity War have been relatively light on showing new footage. That changes though with this newly released TV Spot or minute long trailer, as some may see it. Titled Chant and uploaded by Marvel Studios mere minutes ago, this new spot features plenty of new scenes and dialogue never before seen in any of the preexisting footage available for this giant ensemble epic.

Among the highlights is the titular chant by Wakandans in preparation for battle. That chant soon becomes the background for a montage of new scenes, including an angry Hulk, Thanos arriving at Wakanda and several new shots of Shuri, Okoye, Black Widow and Scarlet Witch fighting in battle. Plus, there’s new dialogue in which Tony Stark asks for help and Cap and Bucky reconcile after a while, their exchange making it sound like they’re seeing each other after a long time. Finally, as is customary with Marvel at this point, the trailer ends with Okoye joking about what she thought opening up Wakanda to the external world meant. Check out the embedded footage below.

With only 3 weeks to go, such TV Spots are going to arrive in spades. Expect new bits and pieces of scenes to drop here and there. I wouldn’t be surprised if Marvel also gave us a glimpse at Hawkeye in one of the spots in the days leading up to the movie’s release. Some may construe Okoye’s comment about opening Starbucks at the end to be forced humor but its understandable in a way. Clearly the last thing Okoye wanted was the threat of an alien invasion and that turns out to be the first thing to embrace Wakanda when they open up the nation at the end of Black Panther. Of course one can’t deny its good brand placement, even though a tad bit on the nose.

Are you excited by Infinity War yet? What do you think of this spot? Let us know your thoughts in the comments below and be ready as Avengers: Infinity War bows out in theaters on April 27. Don’t forget to show your support by hitting the Like button below.