The bridge fight should turn out to be a major setpeice. 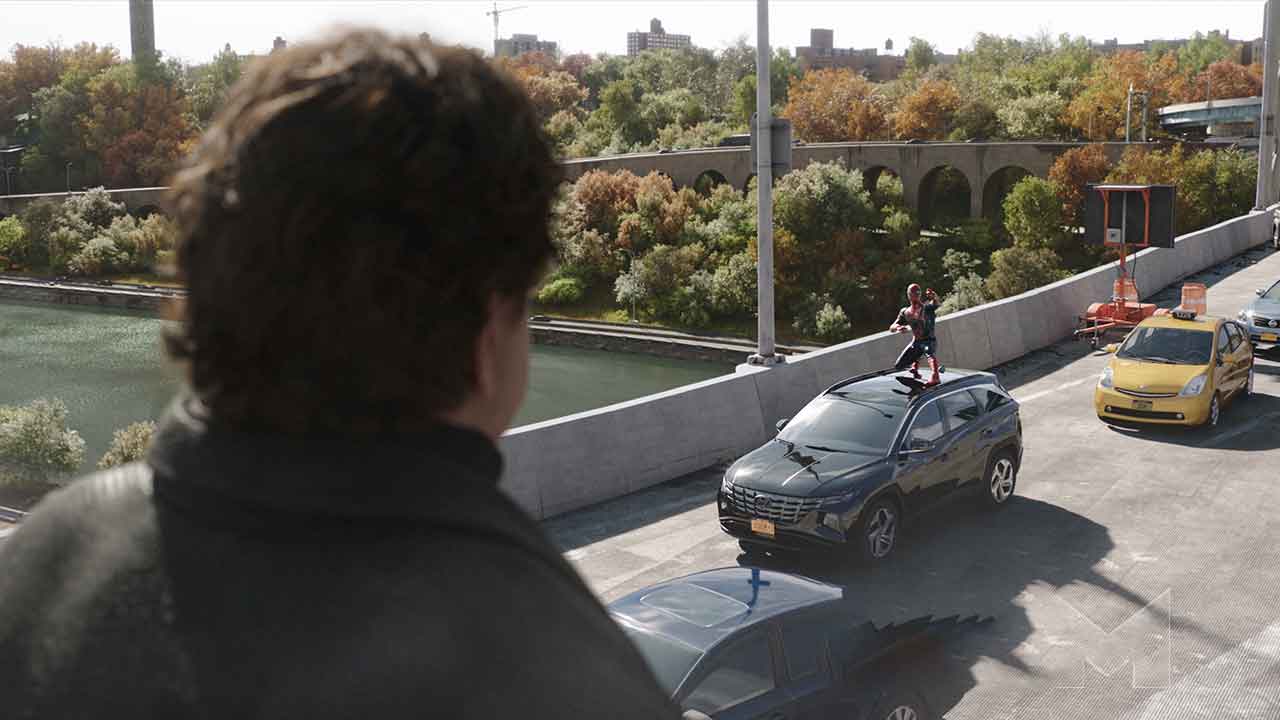 A newly released still from Spider-Man: No Way Home shows yet another glimpse at the bridge battle between Doc Ock and Spidey. Donning his Iron Spider suit, Spidey battles Ock in what is shaping up to be the movie’s potentially big set-piece. The bridge fight has been at the center-piece of Sony’s marketing and pretty much every other still we get seems to be from this sequence. Check it out.

The one common theme in all these battles seems to be the distance Spidey maintains from Ock as well as Ock constantly overpowering Spidey. It’s almost as if Spider-Man is busy saving people plus trying to avoid fighting Ock for some reason as none of the shots show Ock being hit by Spidey in any meaningful way. It’s also possible most of these shots are from the beginning of the fight and it will progress to a more combative response from Spidey once Green Goblin enters the scene.

It’ll be fun to see this scene unfold but given Sony marketing’s penchant for oversharing, a lot of this scene may end up being glimpsed at in the trailers and TV Spots to follow.