Plus a still with Steve Trevor. 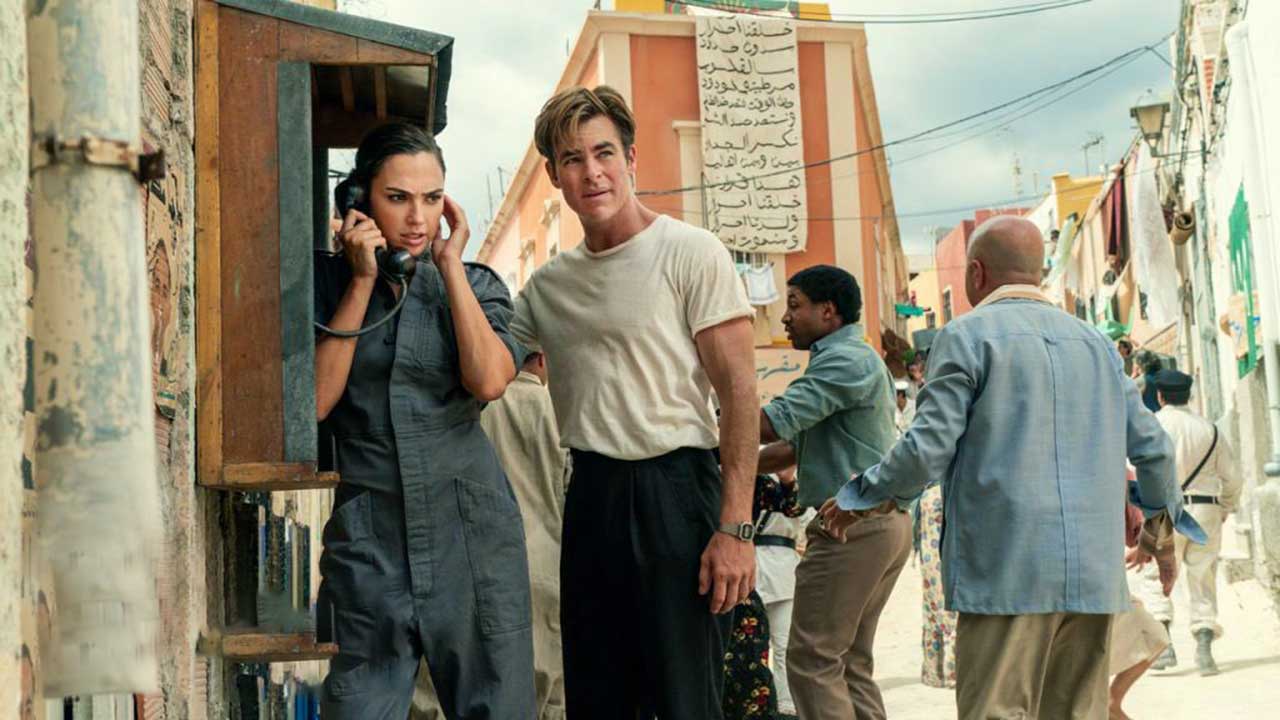 Despite Wonder Woman 1984 being delayed to August, it seems Warner Bros. is continuing with some of the planned promotion with trade magazines. Accordingly, we’ve privy to four stills released over the internet in the span of the last few days, that show Gal Gadot interacting with different characters from the film.

Two of these showcase Diana Prince’s interactions with Barbara Ann Minerva a.k.a. Cheetah and Steve Trevor. With Minerva, it looks like the still could very well be from a scene where they first meet in the movie. With Chris Pine’s Trevor, it’s clear they’ve met before this sequence and Diana is on a call, overlooking something with a concerned outlook.

The next two images show her in full costume. One of these is a behind the scenes image that Patty Jenkins shared on Gal Gadot’s birthday (I’m unsure if this is actually from the 1984 set or from the first one). The other is a low-res shot of Wonder Woman flying taken from a tie-in calendar, something we’ve yet to see her do. Like Superman’s early days, Wonder Woman has largely relied on gigantic leaps to move from point A to B; perhaps she finally masters aerial flight.

Total Film has covered the movie extensively in its latest magazine so there should be some good tidbits there as well. I’ll be scouting the web to see if I can find interesting bits and share them here.