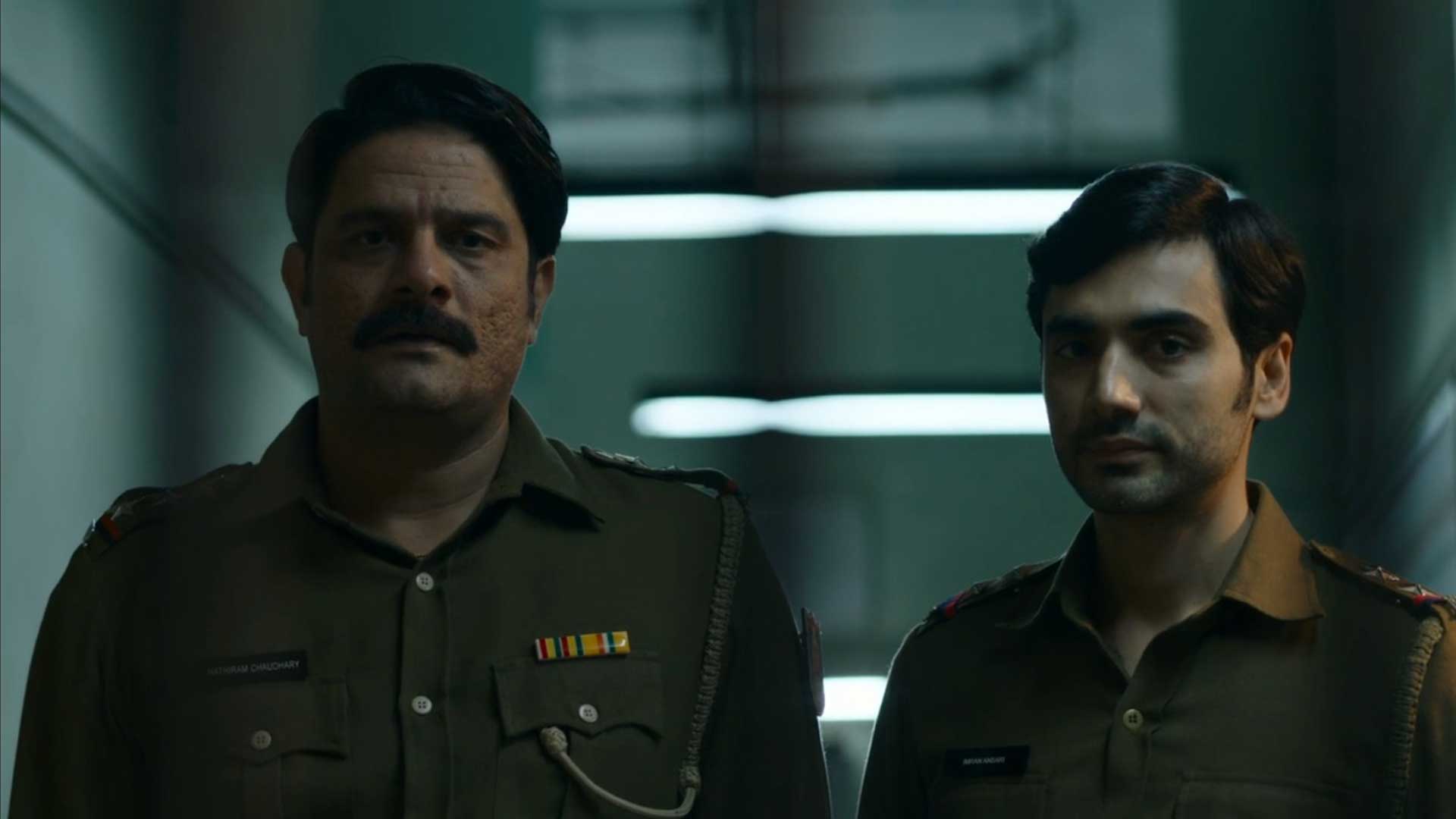 Paatal Lok opens with a senior cop explaining the world’s unfair class division to a junior cop. He describes the three loks in existence: the Swarg Lok comprising of the rich sitting at the top, the Dharti Lok comprising of the ordinary human folk and the Paatal Lok with those at the very bottom, underground even. The nefarious underworld circuit also seems to fall in this ring and while the show’s title reflects that it’s largely about this sect, we get a glimpse of all three in the episode. He then nonchalantly proceeds to add that even though it’s ancient wisdom, he was reminded of it in a WhatsApp forward.

It would be unfair to suggest that’s Paatal Lok in a nutshell but it gives a good idea of the kind of tone the series is aiming for. It’s part-reflective part-dismissive approach is exactly the kind that keeps you entertained enough to jump into the next episode. The series premiere is more contemplative, borrowing from noir genres and does a lot of table setting to introduce us to the characters before it will (presumably) jump into major confrontations and revelations.

The basic premise is this: a bunch of four teenagers are nabbed by the cops before they could execute a planned murder. Their target? Media baron Sanjeev Mehra who worked hard to launch his own channel (rings any Arnab vibes?) and is now being forced out of his own company. That’s pretty much all the story development there is until the final moment when the cops are able to uncover the criminal histories of the suspects, to horrifying results.

Two people are key in this cat-and-mouse goose chase. The first of these is Hathi Ram Chaudhary, a down and out cop who gets pulled into this major assignment and will potentially see this as a shot at some form of retribution. He has traces of an idealistic person, has a wife who he dotes on and a rebellious teenager son who flunks his exams (but scores high in English which could either be a random detail or a good but extremely subtle setup). He’s somewhat frustrated with the system and the intelligence committee for thrusting them into this case with minimal info and it’s upto him to investigate the cause behind the target. Jaideep Ahlawat is compelling throughout, keeping his portrayal as naturalistic and restraint as possible, only allowing some explosive anger in a confrontation with his son.

The other key character is Sanjeev Mehra, a media baron who’s exposed high-profile figures in the past and feels like he’s being targeted for that reason. He shares an on / off relationship with his anxiety-driven wife who exhibits the trappings of high-class individuals that believe the world revolves around them, although it’s too early to judge. Neeraj Kabi again, plays Sanjeev highly restrained and controlled and if you saw him in Netflix’s Sacred Games, the contrast in his performances will raise your respect for him as an artist.

There are some interesting pearls of reflection peppered throughout the dialogue. Most evident is in a scene where Sanjeev’s media baron character is hounded by other media executives asking for a statement. When a colleague questions whether he’s frustrated, he replies rather calmly: “They’re us”. It at once conveys the long journey he’s had, possibly starting off as a junior-level executive, hounding other people for exclusive scoops and working his way to the top. Another one comes when he almost reflects upon the state of current media, recounting that they used to be heroes at one point. The speech is cut short by an interruption but it’s minor gems and commentary like these that should help keep the show intriguing.

The titular Bridges is in part due to the arrest of the suspects taking place in an extended chase sequence atop a bridge. It’s impeccably executed which, as you learn in Prime’s X-Ray, was possible because the crew were able to close down a bridge in Ahmedabad for two days, shooting in temperatures above 45 degrees Celsius. It’s also a crucial sequence since it very much spurs the plot in motion. If however, you’re expecting a thrilling car chase or some explosive action then you’re in the wrong show. This is about keeping things as real as possible and that’s reflected even in its approach to this vehicular chase.

To get a sense of the kind of meta-commentary the show is going for, consider what happens after the opening speech. There’s a brief shot of a man stamping on a cockroach, as if to metaphorically illustrate how those at the top routinely walk over those at the bottom. For now, Paatal Lok is off to a good start. There’s still scope for imrovement and I’m holding my cards on the new revelations towards the end forming the centerpiece of the story in some way but as things stand, it’s a good, candid, naturalistic, slow-burn noirish thriller with enough possibilities to warrant a continued watch.