The film comes out on August 9 in theaters and digital. 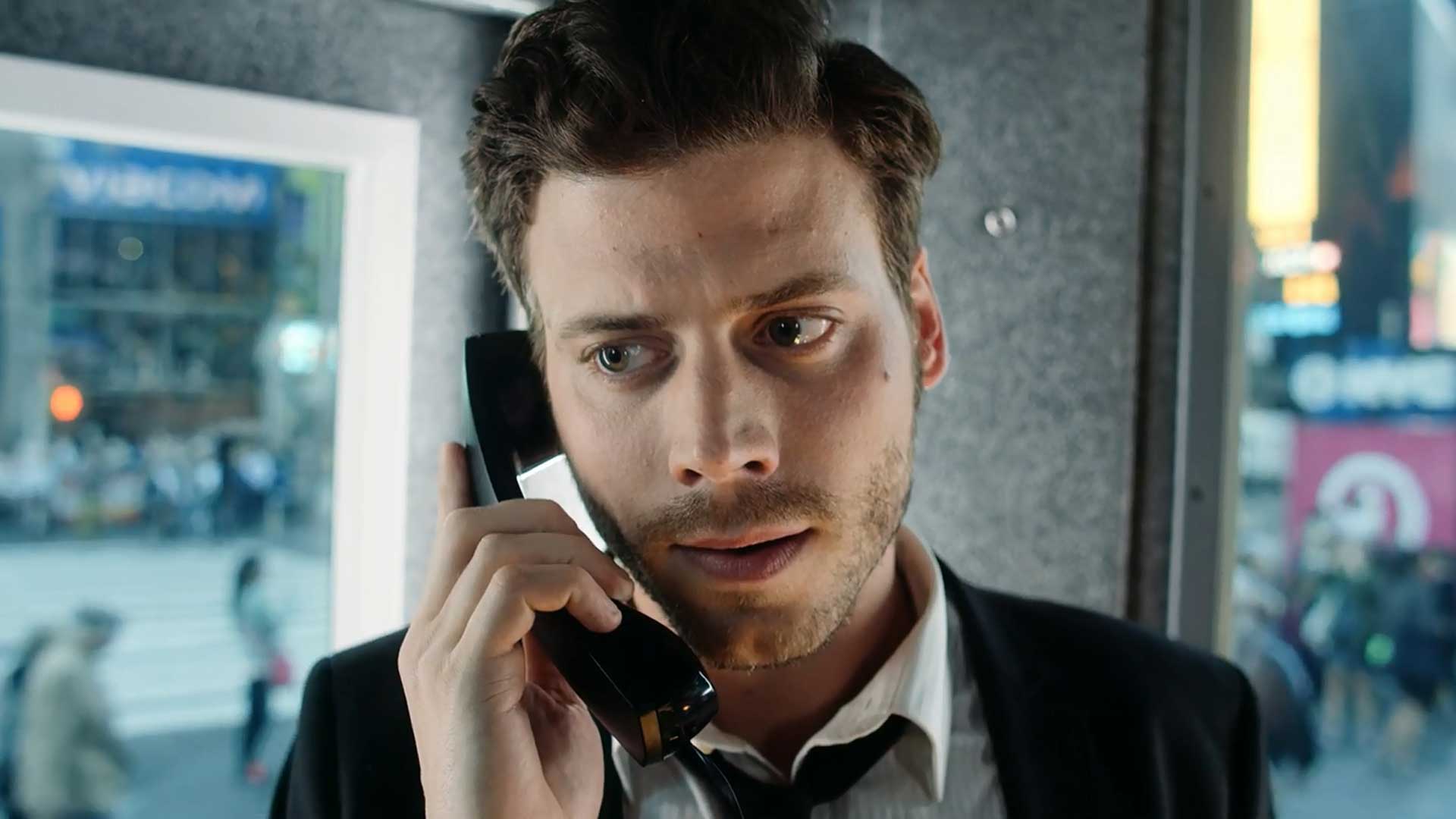 Rapid Eye Movement is an upcoming film revolving around an intriguing concept: forced sleep deprivation. It deals with the lengths a publicity driven DJ goes through by depriving himself of sleep for 11 days, just to boost ratings on his radio channel. The film is directed by Peter Bishai who co-wrote it with Brennan Smith. We previously brought you the trailer for the film and now have two high resolution 4K stills from the movie, exclusively on Appocalypse. Check them out below (give ’em a while to load).

To film the movie in Times Square, New York City, the production was granted unprecedented access to the location. The movie features the likes of François Arnaud (The Borgias, Midnight, Texas), Reiko Aylesworth (24), Stelio Savante (Ugly Betty, Running for Grace), Chloe Brooks (Embeds) and stand-up comedian Godfrey (Godfrey: Regular Black). It tells the story of a publicity driven DJ who, in a bid to bail his channel and save his job, agrees to participate in and attempt breaking the previously unbeatable record of staying awake for 11 days. As the trailer suggests, it takes a toll on him.

Rapid Eye Movement is set for a simultaneous day-and-date release in theaters and digital media on August 9, 2019.