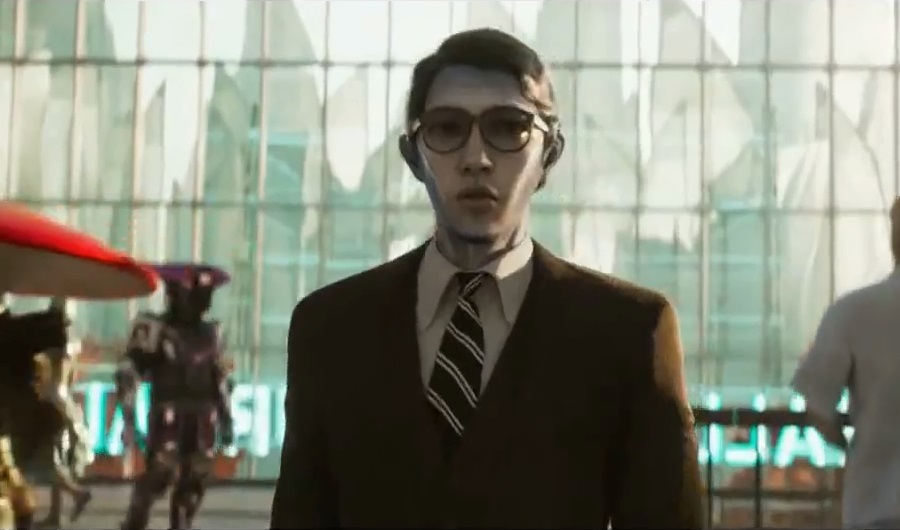 Ready Player One is just under a month from release now so it’s natural that Warner Bros. would ramp up marketing for the movie. Last week, we got an exclusive Steven Spielberg themed Empire Magazine issue that featured a section dedicated to Ready Player One coverage. And recently, TV Spots have begun popping up over Television Networks showing various plot elements only glimpsed or hinted at in previous trailers, while also revealing some new teases.

Two of these spots stand out in particular. The first, subtitled The Prize Awaits, was uploaded by Warner Bros. on their YouTube channel a few days back and features several new shots not seen in the trailers before. Notably among the swarm of footage crammed in under a minute is a short conversation between Art3mis and Parzival in which the latter is amazed at how slow the real world is. To this, Art3mis responds that Parzival has been spending too much time in the OASIS, the virtual reality world created by James Halliday which has everyone in 2045 hooked. This small line of dialogue is important in conveying what Spielberg hinted about wanting to convey through the project when choosing to undertake it, the separation between the virtual and real worlds and the parallels with today’s smartphone and gadget addiction are themes Spielberg hopes to address with the movie. The marketing has unfortunately been light on that aspect but hopefully the movie itself will do justice to Spielberg’s prowess. You can check out the spot below and don’t forget to enroll in the sweepstakes at Join The Leaderboard if you’re a legal resident of the United States.

The second spot or trailer which has everyone on the internet talking gives a big tease of Clark Kent being in the movie. One of the scenes has Parzival being handed over spectacles and asked to disguise himself as Clark Kent, perhaps to infiltrate a secret Sixer facility in the OASIS. Immediately following this is a shot which shows Parzival in Clark Kent attire walking in a Daily Planet like facility with John Williams’s legendary Superman theme playing in the background. The setup serves as a perfect nod to the classic Richard Donner Superman that came out in 1978. It’s a fun watch and also hints at more such possible easter eggs present in the movie which the filmmakers would be hoping to preserve until it’s out in theaters. You can watch the spot below.

Are you happy that Superman is being referenced as featured in the Richard Donner movie? What additional references are you looking forward to this week? Let us know your thoughts in the comments below. Ready Player One will be out in theaters on March 29, 2018.