Runaways gets off to a strong start in what is unfortunately its final season. 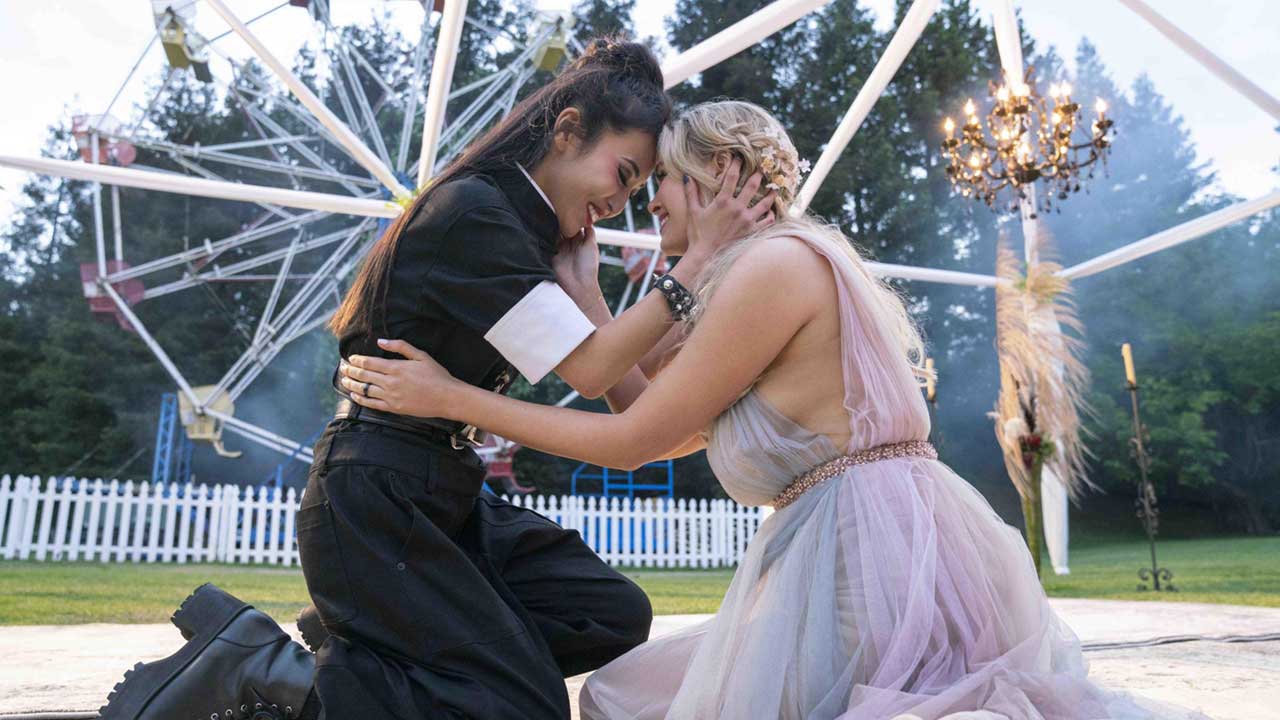 Hulu’s Runaways is among the string of shows at Marvel TV that have been cancelled off-late. The move comes as Marvel Studios consolidates its divisions, bringing television under head-honcho Kevin Feige, while also pushing for a new strategy of all MCU TV Shows streaming under Disney+, instead of being scattered across ABC, Netflix, Hulu and Freeform. That cancellation is going to sting a lot more as soon as one gets done watching the Runaways Season 3 premiere.

We left the Runaways Season 2 finale with three of our core cast imprisoned inside the trappings of an algorithmically generated world. Season 3 takes off by showing them a version of their ideal fantasy lives. Janet is a well-respected and accomplished figure in the world of science with a loving, caring husband in Victor. Chase gets the perfect opportunity to display his heroics not just to his friends and parents but to Gert. And Karolina gets her dream wedding with Nicole in what should probably go down as the first LGBTQ wedding depicted in a comic book show.

We quickly realize that the said sequences are part of these characters dreaming and serve as nothing more than an extended prologue. However, showrunners Josh Schwartz and Stephanie Savage utilize this scenario to the hilt and give each of them, highly polished and beautifully shot fantasies meant to represent cinematic experiences with lush, aesthetic cinematography and production values that seem off the charts. This is soon followed by a dream sequence that Nico has which once again seems ethereal in its depiction and is aided by seamless visual effects. Marvel TV seems adamant on going out with a bang and I can only imagine the amount of effort that’s going to be put in Agents of S.H.I.E.L.D. Credit also to writer Tracy McMillan and director Larry Teng for selling us on these concocted hallucinations.

Season premieres are generally about table-setting and picking up the pieces but Runaways gets on to its plot shenanigans fairly quickly. Aliens have taken certain family members of our protagonists as hosts: Victor, Stacy and Tina now represent the father, mother and daughter in an alien family that’s looking for the fourth member, the son, and a way back home. There’s some of the typical fascination and ignorance for the human world that comes to the foray when an on-screen extraterrestrial interacts with our world and it’s seen in things like Stacy’s irritation for smartphone notifications and Tina’s rampant curiosity in dissecting one of the captives to learn more about their bodies.

The kids, or what’s left of them, hatch a plan to conduct surveillance on the place before figuring out a way to get their friends out. Not much happens plot-wise save for Gert and Dale having a heart-to-heart resulting in the former being freed and Dale mentoring her to channel Old Lace’s abilities much better. Strong emotional resonance has the potential to free the hosts as we learn when Molly invokes Stacy’s emotions and appears to bring her back. And Zavin’s shape-shifting Mystique-like abilities are sure to make for some interesting twists down the line, hints of which we’re treated to in the first episode already.

At this point, I’m partly glad that they’re choosing to go with the alien storyline and see it through its logical end, instead of introducing completely new plotlines to deal with. Then again, I’m concerned about Elizabeth Hurley’s Morgan and how convincingly she factors into the plot; her cleavage was perhaps the most prominent bit on display and I’m hoping the writers will give her something more to do rather than just give the kids and parents a “boss battle” that unites ’em all.

Some of the episode’s strongest bits come in the quieter moments spent by Nico with both Karolina and Alex. Nico and Karolina’s romance started off as something totally unexpected but has since grown into one of the show’s grounding elements. But really, it’s fascinating to see the chemistry between Nico and Alex who once had the hots for her, and most likely still does, theirs is a friendship that’s in a true sense, complicated by matters of sexuality, history and their journey these past episodes together. Which is why Nico confiding in Alex about her doubts and fears on whether she’s the missing fourth member of the alien family was a heartwarming touch.

On the whole, despite not much movement happening in terms of narrative, Runaways Season 3 starts strong and keeps the pace brisk. The show continues its witty use of titles by having the episode name word count mirror the Season number. Besides, Smoke and Mirrors is an apt name for the algorithmic world some of our protagonists find themselves confined to. A fun watch and I’m looking forward to see where they go from here.