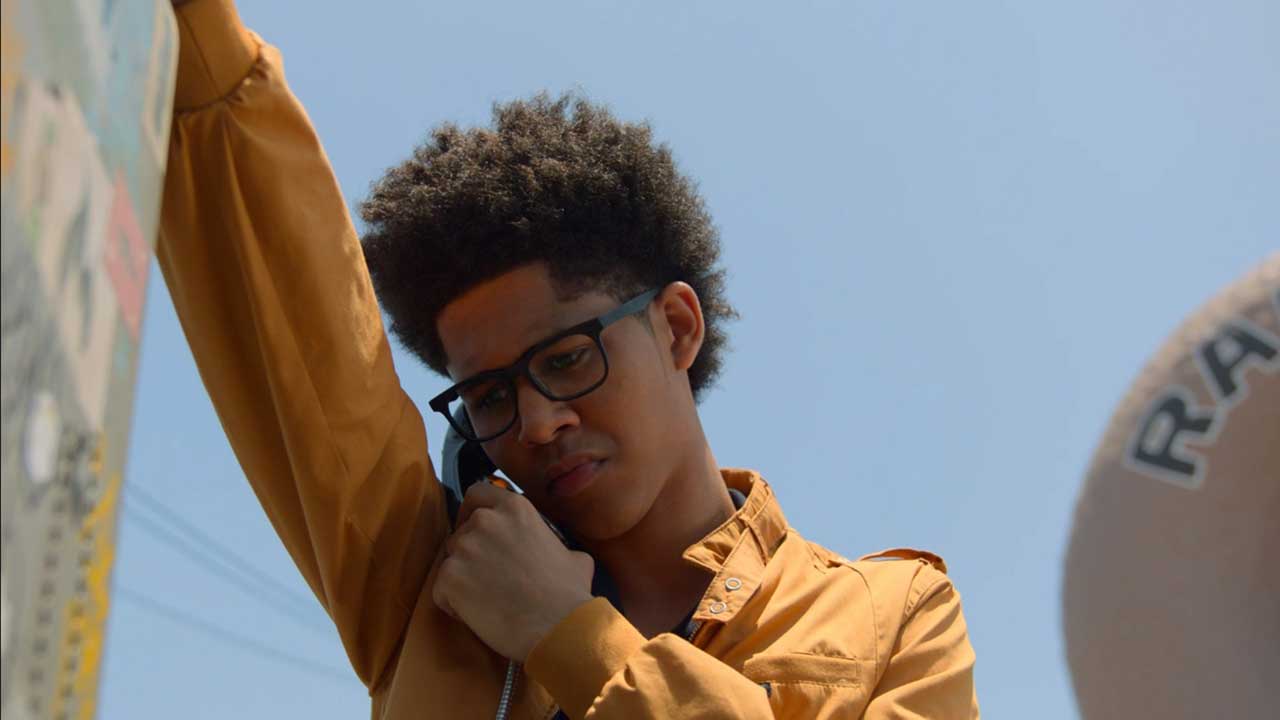 The fourth episode of Runaways Season 3 has a lot of fun with last episode’s climactic reveal. With Alex Wilder being the one who’s secretly host to the fourth alien, writer Russ Cochrane pens some entertaining sequences that provide Rhenzy Feliz a terrific opportunity to showcase a wider range of skills. Feliz on his part, seems to have a lot of fun essaying an unhinged, no holds barred version of Alex that doesn’t hesitate to kill and does well to differentiate him from the original Alex that our gang has been associated with.

While the episode has a lot of moving parts, Alex’s transformation into the Gibborim alien is among the standouts. Another standout sequence, or more appropriately character arc, involves Xavin’s emotional core deepening the more she stays in her human body. She expresses some of those emotions by crying (face “leaking”) and it goes on to play a crucial role later on when she’s tasked with a burdening responsibility, a rather twisted interpretation of the prophesy which she’s been chasing to prevent an apocalyptic situation.

It’s also oddly satisfying how the aliens inhabiting some human hosts shift the dynamics of inter-family relationships completely. The alien family now comprises of the father occupying Victor whose wife is Stacy (and not Janet), whose daughter is Tina (who herself is the wife of his colleague Robert) and whose son, as revealed in this episode, is Alex and not Chase. Alex on his part lost a mother in Catherine Wilder but gained a new one in Stacy. While the writing plays an obtusely subtle reference to this fact by having all family members assembled in one room, it refrains from any tongue-in-cheek comments on the situation.

Jeremy Webb directs the episode competently, keeping things flowing, and giving our teenagers some final moments of interaction before the lure of a cataclysmic ending (which it’s far from). A lot of low angles are used in the cinematography and this is extensively obvious in the final scenes where pretty much every angle is covered to convey the vastness of the set’s production design. By providing every character with something to root and care for, Webb and Cochrane ensure an emotional epicenter for everyone that at least helps raise the illusion of stakes, even though we know better considering it’s the fourth episode.

What it does look like from the final moments is that this could very well have concluded the alien arc of the show. Nico’s use of her powers could have awakened Elizabeth Hurley’s mysterious Morgan from her slumber and brought her to the real world. Consequently, I expect her to take over in the next 3-4 episodes before perhaps the aliens return to pose a final threat in the penultimate episodes. I’m also curious to see where Cloak and Dagger fit into the grand scheme of things.

Finally, subtlety is not just applied to some of the writing but also in passing references to the larger Marvel Cinematic Universe. It was a delight to see the show open at Randy’s Donuts which, if I take the connected MCU on face value, is the exact same outlet that we see Tony Stark munching donuts on in Iron Man 2. Aside from this, there’s a reference to a certain Quinton the great, a magician who’s a prior owner of the hostel. Since they didn’t mean “Quentin”, I can’t connect this to Quentin Beck a.k.a. Mysterio who at this point, is the best fit I can recall, unless this turns out to play a major role later.

A fun episode overall and while parts of it may have been a bit conventional, the traditional brisk pacing of Runaways is maintained and things fly by quickly. It’s also good to see the teenagers evolve to use not just their powers but their brains, as is evident in Chase’s deconstruction of the alien inhibitors and subsequently recycling those to create weapons to thwart their powers. Enjoyable stuff.