The runaway teens find themselves trapped in a dream world tackling bizarre scenarios. 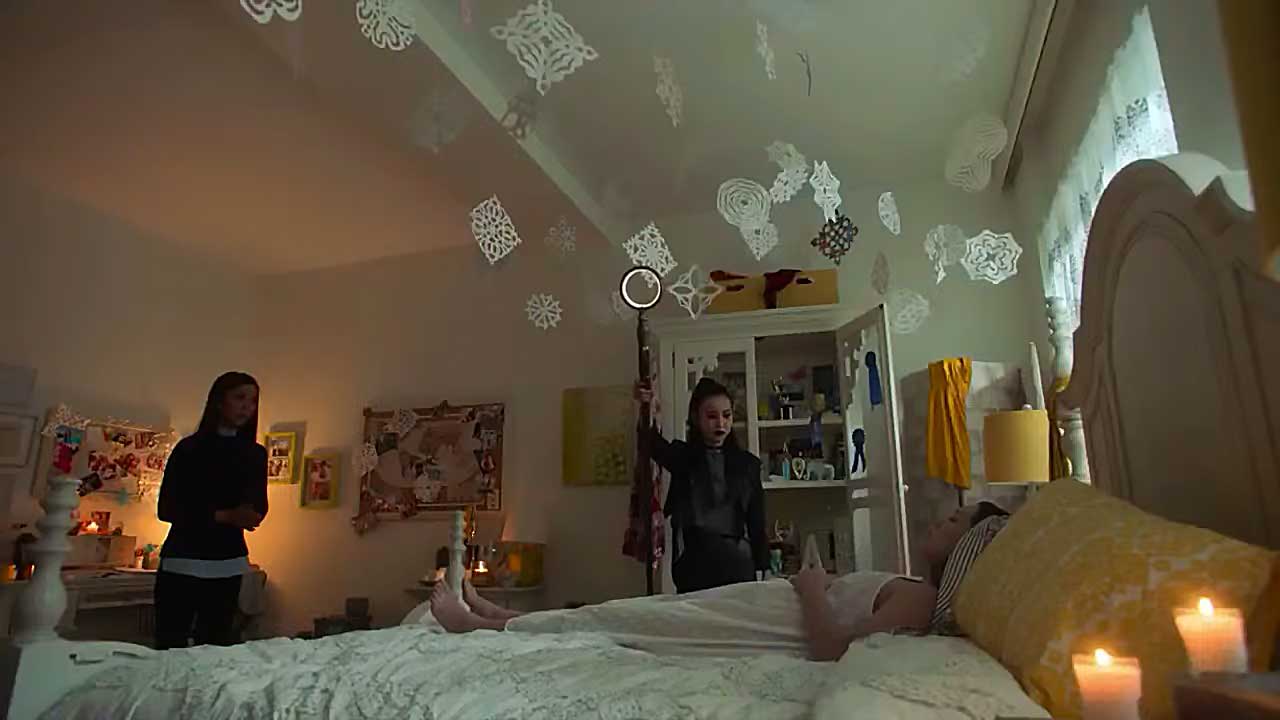 TV Shows often use a detour episode to delve into the psyches of its characters while also serving for some nice filler to while away time and avoid running out of material. Shows such as The Walking Dead and Netflix Marvel shows are notorious for this sort of stuffing. Marvel’s Runaways takes a similar route in its fifth episode where we find our principal cast stuck in a dream world of sorts, presented with scenarios twisted out of reality, albeit not far removed from them.

Quite inexplicably, everyone wakes up back in the hostel which is now decked up to resemble a 1920’s magician’s palace. Specifically, this is Quentin the magician, the mansion’s owner who was casually mentioned in the past episode. He’s expectedly weird, off-putting, strange, at times creepy even and provides the catalyst that sends our teens off into their strange trip. By telling them exactly what they shouldn’t do, he sparks off their curiosity sending them off into alternate time periods where they come face-to-face with their past ancestry.

Family is a strong theme that runs through the dreamy scenarios that the teens go through. Chase is startled to see his father being abused at the hands of his grandfather, which in turn helps him put his own abuse at the hands of his father in some context. Nico meets her grandparents and is rescued by someone who’s taken on the appearance of Amy. She struggles enough to deal with meeting Amy but the struggles are amplified when her mother, Tina has to deal with it as well. Molly is presented with an alternate reality of sorts (or perhaps not) where her parents worked for Pride as well and turned her over to the Church of Gibborum. Both Karolina and Gert confront nightmares of her own.

The underlying themes present in all the nightmares have some weight. It’s a nice peak into not just where these characters come from but where their families come from. It was especially nice to get a look at Molly’s parents who we’ve barely seen in all these episodes. That said, the episode did drag along at a lot of places and the entire structuring was clearly deliberate to serve as a filler after the conclusion of the climactic battle last episode. With the core alien subplot supposedly having culminated, the showrunners are using the time to provide characters with as much closure as possible.

At this point it’s safe to assume that the parents and children have made amends and will be together in their journey headed forward. This transformation also happens rather quickly but is perhaps necessary to move ahead with a scenario where the entire gang can present a unified stance to Elizabeth Hurley’s Morgan, were she to manifest herself in the real world as the show’s ultimate antagonist.

Creatively, the choices of scenarios as well as the production design was truly impressive. Whether its Chase getting transported to a 1920s alley or the entire mansion itself retrofitted to look like something straight out of a low-budget run of The Great Gatsby (intentional, mind you), the production shines as does the direction. Runaways continues to look good and is briskly edited to avoid too much of dragging and while some slowdown is inevitable, overall the episodes moves along fine.

I’m still going to go with a rating of 7.5 out of this one though this could very well have been an 8. Overall, an enjoyable episode but I’d really like to see the central narrative move ahead which will likely happen come next episode.