Runaways picks up steam and delivers an emotional payoff in its seventh episode. 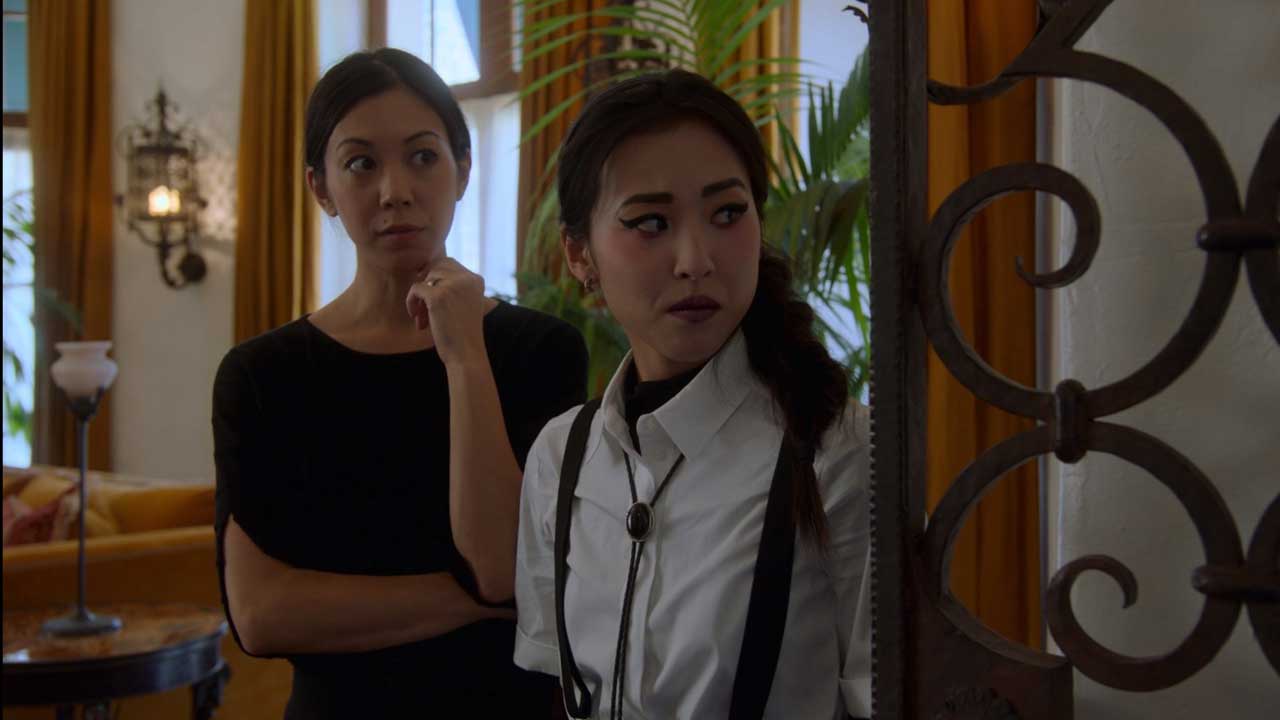 Runaways picked up some steam as Morgan began posing a formidable threat to Nico and the gang while closing out the episode with a satisfying emotional payoff in more ways than one. It’s still not in top form yet but the episode flowed nicely overall, with well-spaced plot developments coalescing together into a thrilling conclusion. Suffice to say, it’s hard to resist binging and write this review.

Nico really is completely center-stage here, a decision in no small part due to the central antagonist being a witch now. She gets some great scenes to share screen space with her mother Tina and father Robert, both of whom deliver strong, solid performances. Brittany Ishibashi as Tina in particular has been a revelation throughout the season, carrying the weird bits with panache and now she delivers an emotional turnaround while making it look both convincing and fulfilling.

Everyone else meanwhile is on to the smartphone subplot that’s now delivering some commentary on the concentration of power in the internet. Chase, Karolina, Gert and Molly go live with a video attempting to warn the smartphone users of its malicious nature, only for their video to be scrubbed off the internet moments after its upload. That’s again a fundamental manner in which Runaways derives its more tech-heavy plots from real-life scenarios. As someone who likes keeping tabs on tech, I dig these comparisons.

Poor Alex continues to be trapped in the dark dimension which, I recall not having mentioned, is a nice way for Marvel TV to build upon the foundations laid by the movies. The dark dimension and sorcery were first witnessed in the MCU in 2016’s Doctor Strange and both feature extensively in Runaways Season 3. In fact, on hindsight, I realize Nico’s eyes surrounded with darkness is similar to Kaecilius, suggesting both draw some of their stronger powers from the dark side. Essentially, Nico’s arc is about her willingness to go to extreme lengths, even the dark side to save Alex who she feels immensely guilty of having put in his situation.

Molly finding about the real truth about her parents was equally heartbreaking as she realizes it’s a lot more complicated and messed up than was revealed in the last episode. That leads to a scene between her and Leslie that’s short but impactful. I do feel like the writers simply wanted to address that plot point and have the characters move on quickly since this being the final season leaves little time for characters to be stuck over a single reveal. The short sequence itself was well directed though and were it not for the competent direction, I would’ve had a hard time believing Molly moved on so quickly from such a revelation.

And lastly, the crossover we’ve all been waiting for is on the horizon. Without giving anything more away, keeping this in mind, the episode end induces goosebumps and made me super-excited to dive right into the next episode. It suddenly amps up the show’s wow factor and reminds me of why these crossovers work so well and why the entire shared universe works so well; its rife with possibilities for character interactions such as these.

On the whole, a good episode that sets the stage for what could be an even stronger next episode rife with crossover potential. Let’s get on to it then.