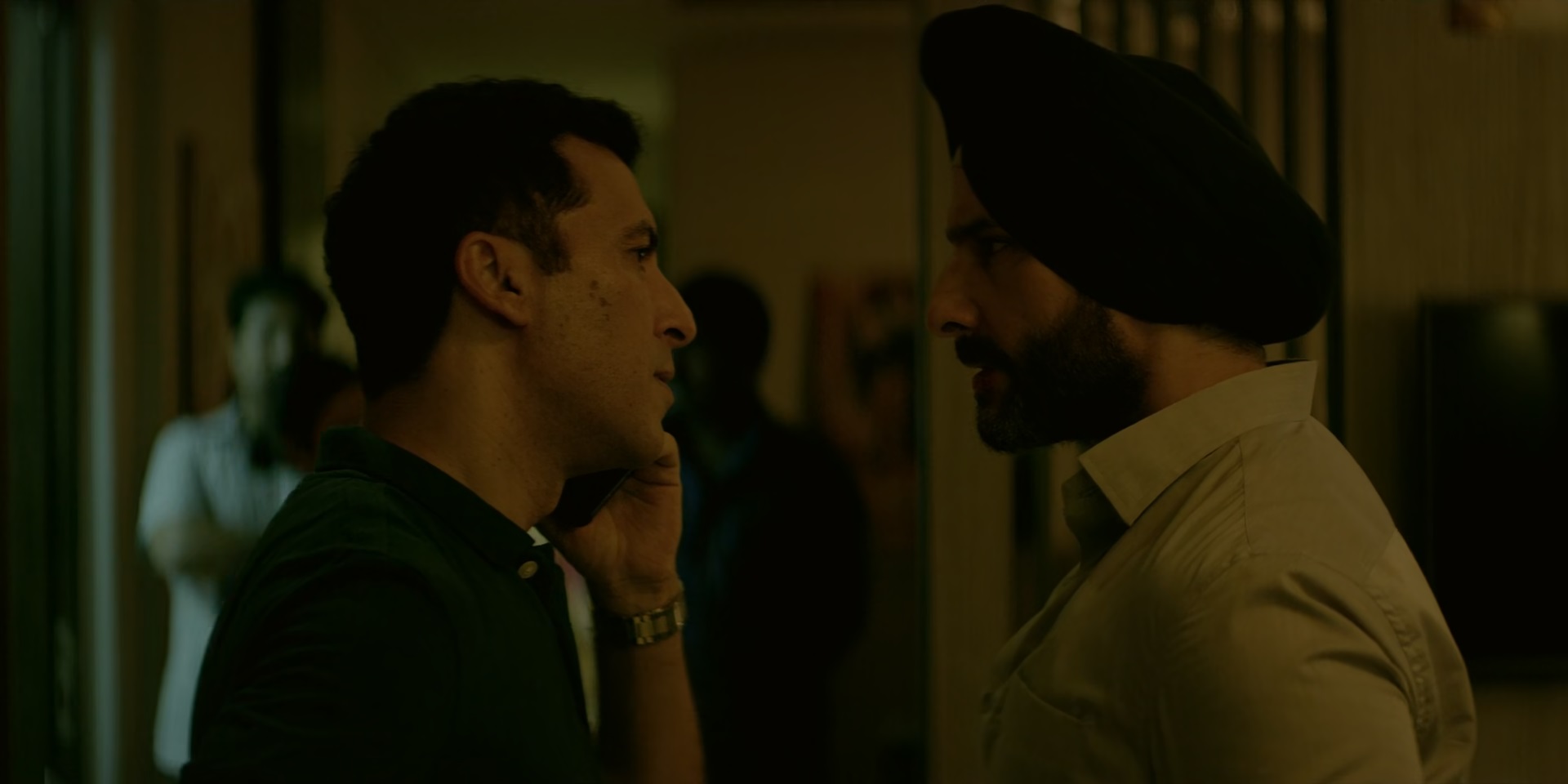 As anticipated last episode, the third hour of Sacred Games is a slow burn that focuses on Gaitonde’s rise among the ranks of Mumbai’s notorious criminals as Police Inspector Sartaj Singh and RAW Analyst Anjali Mathur hatch a plan to land, what could be their first proper lead in the mystery around which Mumbai’s fate hangs in the balance. The days also advance and we’re down to 21 days left now before Gaitonde’s scheme is unleashed upon Mumbai.

At this point, the show has found a nice rhythm, balancing the past with the present. In the present day, the investigation into Gaitonde’s mysterious return, suicide and plan to throw Mumbai into chaos unfold slowly but steadily. Meanwhile, in the past, we see incidents from Gaitonde’s life that increasingly flesh him out further as a character while also depicting his rise within Mumbai’s underbelly. The key connecting both these timelines this episode is a short-tempered hooligan who goes by the alias of Bunty.

We see in the past how Bunty was bailed out of jail by his sister and then goes on to work for Gaitonde. By this time, it’s been over a year or two since Gaitonde took over the Garbage Mafia and is already a well-known figure in the local area, if not the entirety of Mumbai. He’s now set his eyes on Kuku, Suleiman Isa’s girl and through her, wants to get back at Isa and further instill fear in the hearts of those who’re afraid of the gangster-thug. He eventually succeeds by pulling off a daring escape from a club, sneaking Kuku right from under Suleiman’s nose, exactly as she’d want it herself. The locality throws in a grand celebration for his birthday that sees yesteryear star Mithun Chakraborthy’s duplicate attend the function. One wonders if this is a hint at a real connection between old stars and the underbelly in those days. 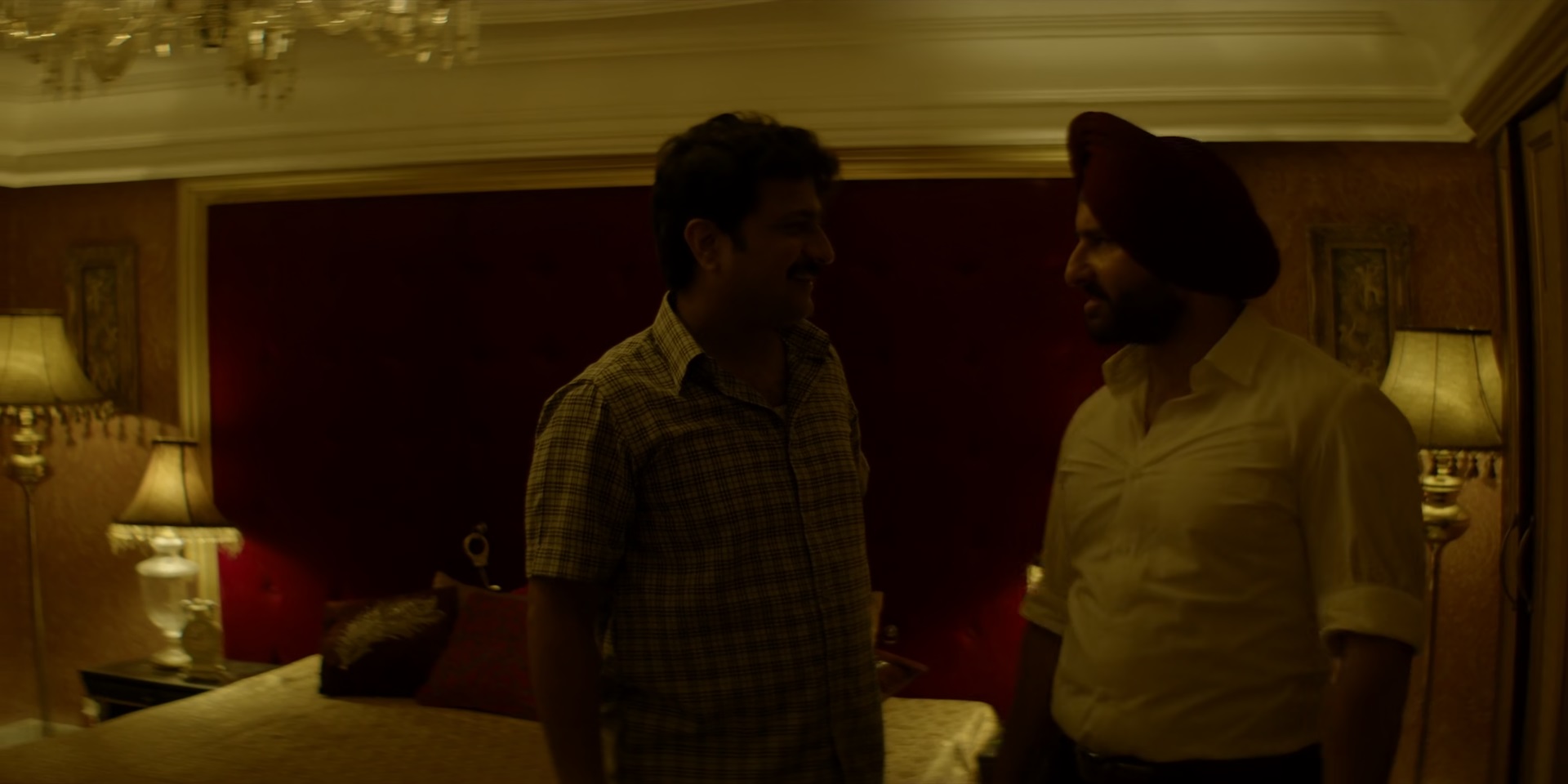 There’s also the mystery of the gunned assassin who mauled down a few people at the beginning of the show. Towards the end of the second episode, we see Radhika Apte’s Mathur discover that very spot of gunfire and was able to rescue one of the slayed folks who was found breathing. Despite getting admitted to a hospital however, the assassin sneaked in and managed to give him a lethal doze leading to his demise. The entire sequence is ingeniously executed in one lengthy take which doesn’t look like it was pieced together using visual effects but rather feels like it was naturally shot without any cut. Clearly the assassin and those dead people are involved in the plot in some way but it’s all flashes at this point and if one tries piecing things together, the resulting picture is still unclear.

The show has largely been focused on depicting Gaitonde as a hardcore out-and-out antagonist so far. Except for a brief glimpse at his childhood hinting at his transformation into the cold and ruthless lord, we’ve yet to see more positive sides to his character, or at least an insight into what makes him the way he is. Regardless, Nawazuddin seems absolutely comfortable in the role and loses himself in the performance enough for us to forget we’re seeing a professional actor play the part. Whether it’s the getup, the costumes, the mannerisms or the shrewd language, he owns the role seamlessly and sinks into it effortlessly.

The episode also gets a bit graphic in the depiction of some sex scenes (graphic by Indian standards that is) and while it’s no secret that the show has its fair share of foul language, viewers who’re turned off by such display of sex are advised to tread with caution. On second thought, the portrayal is less graphic than it is aural so perhaps its not as bad as some of the depictions that have graced the big-screen off late. And it’s definitely nowhere close to Game of Thrones levels of nudity; in fact, there isn’t any.

In the grand scheme of things though, the show lags a bit and one begins to wonder if it would’ve been better executed as a 2-3 hour movie than an 8-hour Netflix show. Regardless, there’s some good character interactions to be had and the fact that the directors have the luxury of letting scenes play out slowly is also something worth cheering for.