Gaitonde's plan is finally unveiled but is it too late?

Gaitonde’s plan is finally unveiled but is it too late? 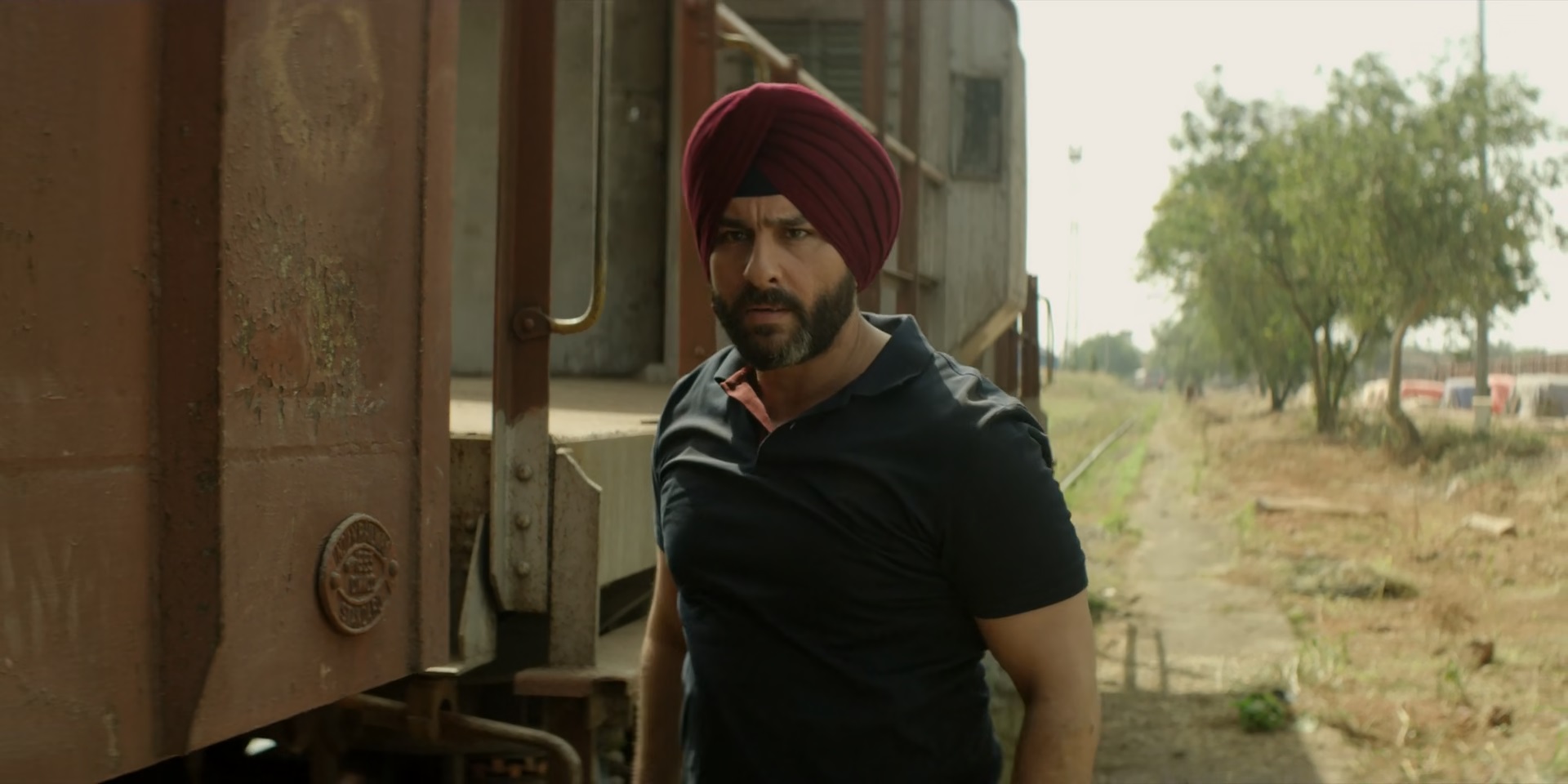 It was a given. At the show’s pace, there was never a chance things would be completely resolved by the end of the season finale, and that’s quite precisely how things turn out. Yet, a mildly satisfying grin cannot be helped when one sees Gaitonde’s cryptic words being translated to literal images on screen as Sartaj Singh is brought face-to-face with what the underground criminal has planned for the city of Mumbai. I’ll be getting into spoilers in this bit so a second warning comes forewarned.

After rambling about seemingly incoherent events such as Trivedi’s safety and Mumbai’s destruction, the lid is finally let loose in the penultimate moments of the show. Beneath a tile engraved with the show’s logo, Sartaj Singh discovers a setup comprising of some radiation equipment, including a geiger counter. That’s right, Gaitonde’s craziness involves engulfing Mumbai in nuclear flames, unleashing a nuclear explosion on the city if you will. This does not make the revelation any less confusing though since Aarti Bajaj’s criss-cross editing coupled with the lack of an explanation other than Sartaj’s bewildered reaction mean audiences will be left scratching their head searching for the meaning behind this Sacred Games season finale which, as it appears, is indeed the case all over the internet.

It does take a while for the show to earn that moment though and that comes through much gore and violence. The mysterious assassin who has been wiping people out of the show (including sadly RAW’s Anjali Mathur) turns out to be the primary antagonist hired to do Gaitonde’s bidding. Despite being surrounded by cops, he manages to hold Sartaj hostage in an abandoned warehouse and chops his thumb off. The visual is extremely disturbing, not least of which because showrunners Kashyap and Motwane choose to amply focus on Saif Ali Khan’s lost thumb, simultaneously a visual-effects-cum-props marvel and yet a thoroughly gory and unsettling sight. It goes without saying that Saif has his revenge and overpowers the assassin eventually.

There’s been a complete lack of urgency through the show’s proceedings and that attitude continues well into the final episode. There’s some good character fleshing out through the Punjabi interactions between Sartaj and his mother but one has to wonder if that was necessary in an episode where the cops should be frantically rushing to uncover Gaitonde’s secret. It takes a long while for. the dots to connect and the makers play a slow burn game of revealing Gaitonde’s true intentions.

We also get some closure on Zoya the actress’s exploits, when it’s revealed that she was really a small-time prostitute from Lahore, sent to satisfy Gaitonde. It’s presumed then that she worked her way through the top courtesy connections with both the underworld and the cops. Zoya clearly looks like an amalgamation of several Bollywood actresses and / or the conspiracy theories we’ve heard of their exploits it remains to be seen if the show will explore more of her in the next season.

Yet, I’m perplexed at how well it all connects and even though it’s not really something that blows your head off, it still fits all well together. The relationship between Gaitonde, the anonymous Trivedi, the advisory Guru and Sartaj’s father is all well laid out through some intercut footage that leaves us viewers with enough fodder to piece the pieces together. And I’m both disappointed at the fact that we don’t get a resolute conclusion as well as euphoric at what lies in store for the show’s upcoming season, should it get one.