Sacred Games delivers an intense, thrilling, smart episode that is undoubtedly the best in the series. 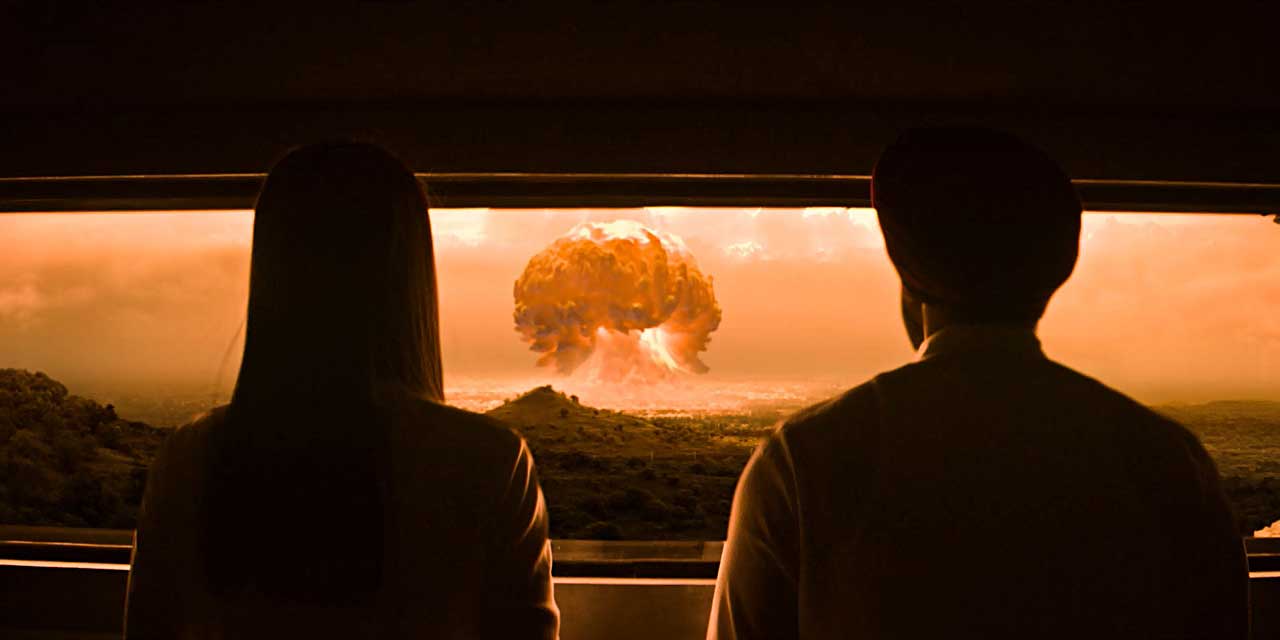 Wow. Sacred Games delivered one hell of a season finale that finally took us all the way to the end of the countdown, resolving several threads in the process, circling back to the series premiere and revealing a cool twist or two. Sure, it ended on a cliffhanger that’s part intriguing part frustrating and will be debated heavily in the upcoming months, but overall, it was a finely executed piece of television, the likes of which is a rarity in the landscape of Indian cinema.

Gaitonde goes absolutely nuts, being haunted by visions and the voice of Guruji. He comes to realize that he’s been lied to and deceived by many people, including Jojo who he had grown to trust. This drives an already distraught Gaitonde into insane behavior which quickly spirals out of control and ties back nicely to the Season 1 premiere where we see him kill Surveen Chawla’s character. I’m having a hard time remembering if she was in the same clothes and the same bunker (as opposed to being in a residential flat in a building) but the tieback closes out Gaitonde’s arc, followed immediately with his imminent suicide.

As expected, Sartaj doesn’t last in Batya’s ashram too long and eventually breaks out of his “spell”, deciding to put an end to this plan. The way it’s executed though, deserves kudos. From Sartaj’s dreams of his father, Gaitonde and all he’s been through to especially the apocalyptic visions he has that lead him to that realization, it’s all brilliantly done, delivering some of the finest sequences ever seen in the show. I was particularly impressed by the depiction of a post-apocalyptic Mumbai in the wake of a nuclear disaster, the visual effects team did a great job combining the haunting cinematography and turning it into images of Mumbai burning in ashes, deserted and destroyed.

This is one of the show’s and the episode’s recurring issues: there are things and plot developments that don’t really make sense but because the transitions are so effectively handled, you buy those on face value. Jojo’s sudden descent into hostility with Gaitonde is a hard pill to swallow but by depicting her as mentally unstable, guilt-ridden for causing her sister’s death and wanting Gaitonde to kill her, her shift into a provocative woman goading Gaitonde to just take her out is palatable. As is Sartaj’s transition from believing in the cult to rebelling against it. A combination of great directing, editing and some believable writing is enough to let us suspend our disbelief at the relative implausibility of certain situations.

The ability to do so produces some great results, and allows you to enjoy such shocks as the twist in the cold opening. Essentially, we rewind back to 1947 during the times of India-Pakistan partition where millions of Indians were separated and ended up settled in the newly bifurcated Pakistan. Taking a cue from real-life situations and incidents, Sacred Games reveals two such sisters separated during that era as being the mothers of Shahid Khan and Sartaj Singh. Essentially, Ranveer Shorey and Saif Ali Khan’s characters are brothers, or cousins. It’s an immensely powerful reveal that is sadly never used in the remainder of the episode, but subconsciously factors into your mind in the climax when you realize how different two people from the very same family can turn out to be under differing circumstances.

But truly, Sacred Games deserves the best for the last. In a simple setup, Shahid Khan carries the police van laden with the nuke atop an under construction building, then waits at the opposite end to snipe any cops that could show up. The resulting stand-off that ensues from the cops trying to nab Shahid to Sartaj showing up with Guruji’s sacred book to the attempts to deactivate the nuke are exhilarating and electrifying, combining the best elements of thriller to create an extremely tense situation. The background score compounds the tension and for a moment, I was reminded of similar feelings evoked when watching Christopher Nolan’s finales, with all the pieces coming together. Of course it wasn’t Nolan level criss-crossing but it did evoke a similar edge-of-the-seat feeling.

It’s downright scary seeing the cops give up and abandon the premises to save their lives. At once, you realize the showrunners are trying hard not to go the cliched route where everyone has so much faith that they know the bomb will be disarmed. Instead, we’re dealing with a really, really grounded world where people try as much as they can, and then leave to fend for themselves. Sartaj staying back and his eventualy realization into what the pattern could be, cut with flashbacks from everyone under the sun from Gaitonde to Batya to scenes in the first episode is all exceptionally executed. Which is why, despite my frustration with the open, unresolved ending, I’m still happy we got to witness TV of such caliber in India.

This is perhaps the best time to shine light on the brilliance of the title Radcliffe. The Radcliffe line was the border line that separated the Indian and Pakistani portions of British India’s Punjab & Bengal. The India-Pakistan partition itself is significant in how it factors into the opening. But the borders are equally important since they factor into the patterns that trigger the nuclear bombs. It’s also interesting how, in the episode, the Radcliffe line separates the Indian Sartaj from the Pakistani Shahid; despite their common heritage, they lie across the border and their thinking is influenced by their actions and environment in their respective nations across this border. And it’s this border that holds the key to life and death, with the Pakistani side employing it for death as the Indian side scrambles to find the key to life.

There’s still a lot more that went down in the episode that I barely managed to cover. I finally got my wish fulfilment from last episode, where I expressed a desire to see some scenes of the panic and chaos gripping movie; as predicted, it looks like real-life footage was used to portray that sense of urgency. The parallels between Gaitonde and Sartaj pointing guns at their respective women were also striking; yet again emphasizing the violent similarities between Gaitonde’s and Sartaj’s situations where one maintains their humanity. And Parulkar’s fate was equally tragic; to think you’d be saying this for a character as sick and corrupted as Parulkar is once again, avant-garde writing

The fact is, in today’s age of excessive and easily accessible media consumption, it’s difficult to create a show that pleases everyone. This final episode will undoubtedly leave many divided, as I’m sure will Season 2. But the sheer amount of thought, subtext and brilliance at display in the writing and the meticulousness of the execution coupled with truly strong performances make this a winner in my opinion. Had it not been for the frustratingly open ending and a few aspects of inconsistencies, I would’ve awarded this the perfect score. Not that ambiguous endings are not my cup of tea, it just didn’t feel like the kind of finale that deserved to close out on an open cliffhanger.

Regardless, as I maintain, I’ve thoroughly enjoyed this final episode of Sacred Games 2. And with this, I sign-off on my Sacred Games Season 2 reviews. I may do an overall Season 2 review in the future as and when I’ve had the time to reflect upon it. But feel free to let me know your thoughts on the show and my reviews in the comments below.