All projects are expected to debut on Disney+. 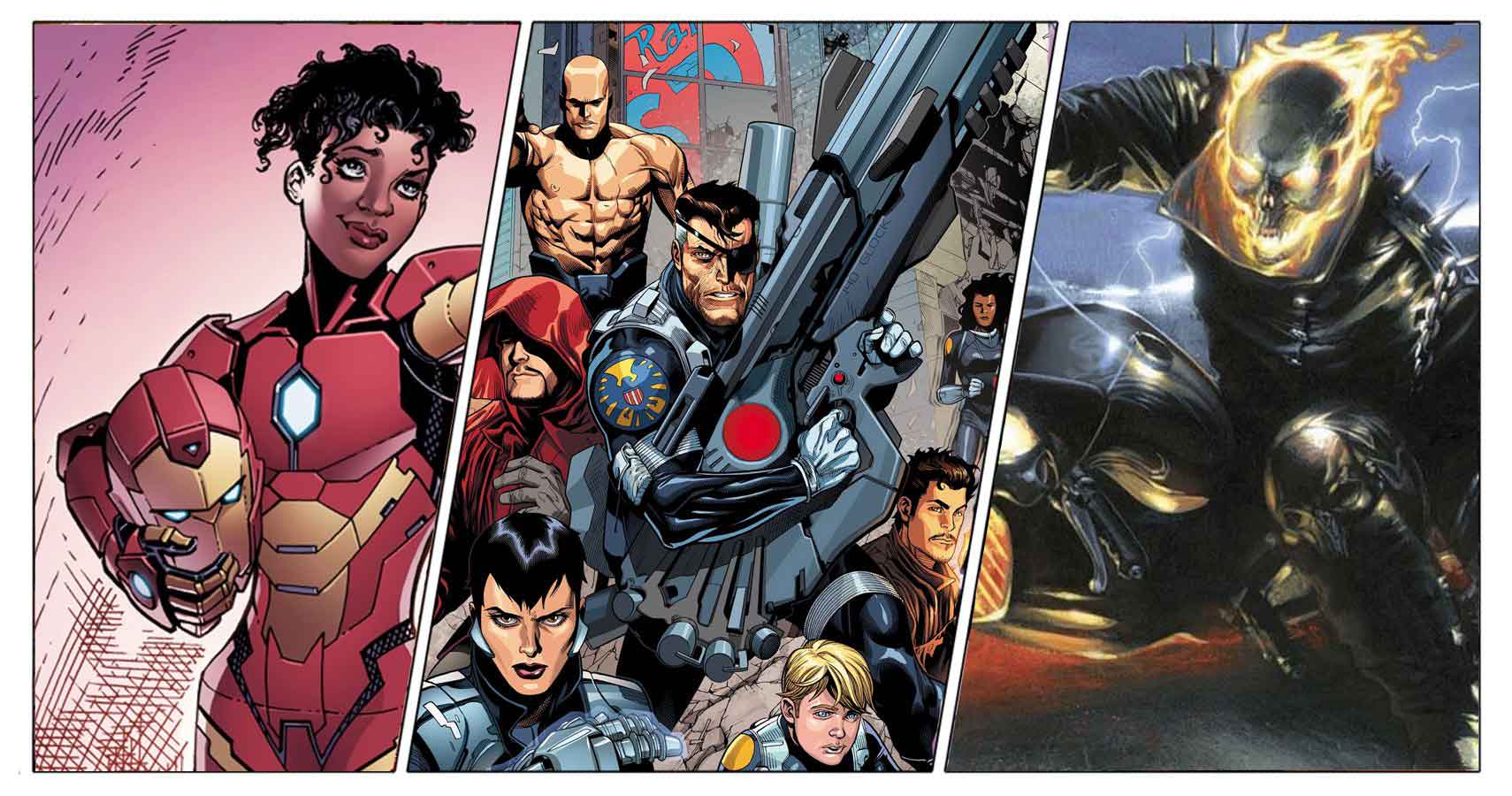 Let’s start with Ironheart. In the comics, the story revolves around Riri Williams, a teenage MIT engineering genius who gets inspired by Tony Stark and develops a suit of armor. It’s possible this is tweaked to have Tony Stark’s daughter Morgan play the role in the series or perhaps someone else from the MCU. The series is expected to commence filming some time at the end of 2021. This report comes from Cinema Spot.

Next up, Ghost Rider is also in development though that’s all that is known. It’s looking less likely that Gabriel Luna will be reprising the role from Agents Of S.H.I.E.L.D. after his own spin-off set to launch in Hulu got axed. With Kevin Feige involved in the project, chances are it might end up featuring a different iteration of the Ghost Rider. This report comes from The Direct.

Finally, the big one. A Secret Warriors project is also in development and the search is on for a writer to take over the property. For the uninitiated, Secret Warriors is a group of underground heroes that featured the likes of Nick Fury, Sebastain Druid, Stonewall, Quake and Yo Yo Rodriguez. Those last two names should ring a bell as they are portrayed in Marvel’s Agents Of S.H.I.E.L.D. by Chloe Bennett and Natalia Cordova-Buckley. Again, since Marvel Studios hasn’t been too keen on having any ties to the show, it’s likely these roles will either be recast or excluded from the lineup. The final report comes from The Geeks Worldwide.

That’s an impressive arsenal of shows at a time when Marvel is already working on such lesser-known properties as She-Hulk, Moon Knight and Ms. Marvel. Again it’s entirely possible some of these plans don’t pan out, especially considering the sources in question aren’t fully reliable (at least not on the levels of Deadline & Variety). It’s becoming increasingly clear that the next decade of the MCU is going to look a lot more eclectic.