Shazam will contain up to 24 minutes of deleted scenes.

DCEUMoviesShazam
By Divij Sonak On May 24, 2019 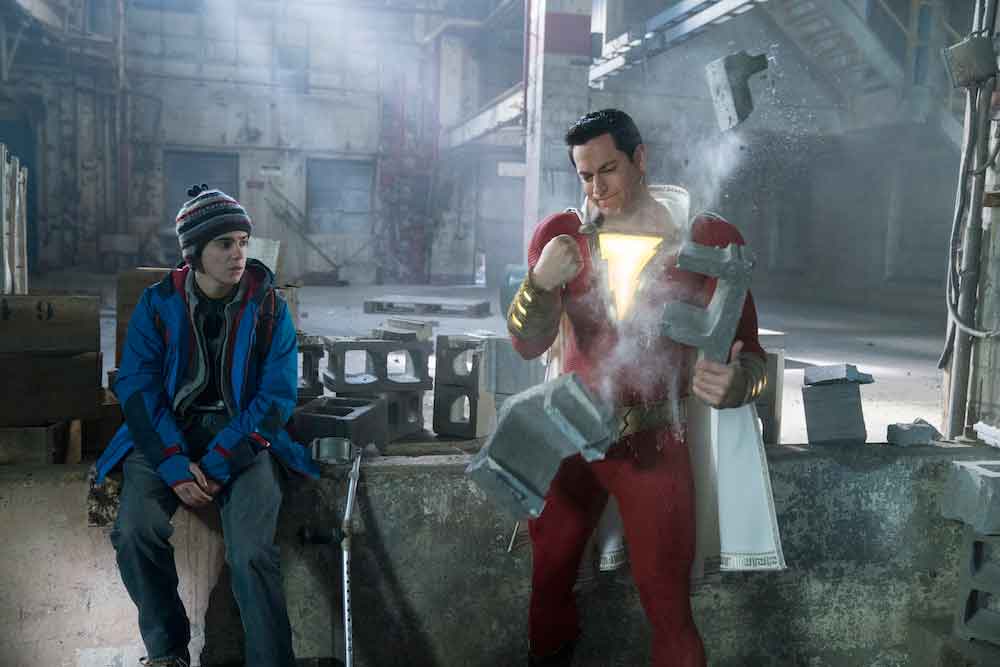 Shazam will near its theatrical run soon and aside from sequel talks (which are still a while away), the movie’s home media release is the next thing to look forward to. Warner Bros. Home Entertainment announced that Shazam is coming on Blu-Ray in 1080p and 4K formats on July 16, with the Digital Download becoming available earlier on July 2. Besides the usual retail channels (Amazon, Target, etc.), it will also be available through Movies Anywhere letting you sync your digital copy of the movie across all compatable devices.

Warner Bros. also announced a bunch of extras that will come with the DVD and Blu-Ray releases. These special features include:

While we do not have detailed descriptions of each of the special features, that doesn’t stop us from speculating in excitement. The Shazam motion comic should be a fun thing to check out and would’ve been cool if it were a prequel comic of sorts, like The Cobol Job that was released for Inception. The Carnival Scene Study featurette should take a deep behind the scenes dive at the making of the film’s climax and one of the most pivotal sequences in the movie, also a scene that Warner Bros. thankfully didn’t showcase in the trailers.

The Deleted Scenes should again offer some interesting bits into what got left out at the editing table. There are about 20 to 24 minutes worth of deleted scenes and Shazam editor Michel Aller had spoken with Cinemablend offering some insight into what those scenea may entail.

We had a lot of material. When you buy the DVD, you’ll be able to see, I think we have 20-24 minutes of deleted scenes. And one of the scenes that regretfully we had to pull out was a scene between young Billy and Mary, when he’s about to sneak out. It’s just a really touching scene, but it came so early in the movie, and we were trying to get to get to the Shazam character, that we couldn’t put everything that we liked at the front of the movie. So that was one scene that we pulled out. I’m glad there are DVDs out there so we can show these great scenes.

Shazam has earned $138.2 million domestically and $223.4 million internationally for a worldwid total of $361.6 million. On paper, it may not look like a huge gross compared to say, Aquaman and its billion dollars and it’s quite below the $600 – $700 million that DC fans were rooting for it to make. But evaluated purely from a box-office standpoint, that’s a rather great performance given Shazam‘s $100 million budget, subdued marketing campaign and how relatively unknown the character is compared to DC’s other heroes such as Wonder Woman or Aquaman. And it’s still beaten out some superhero movies such as X-Men: First Class and The Incredible Hulk while nearing the gross of Captain America: The First Avenger, nearly all of which had significantly higher budgets compared to Shazam.

By all accounts, Shazam is a box-office success. It’s going to be interesting to see what David F. Sandberg does with the sequel, should Warner Bros. bring him back (and they should, considering he wants to).

Shazam is currently running in theaters now although the screen count is dropping with each new movie release. Watch it if you haven’t (it’s a delight) and let us know what you thought about it in the comments below.

Listen To Bear McCreary’s Rendition Of The 1954 Gojira Theme In Full Godzilla: King Of The Monsters Soundtrack

John David Washington Was Surprised Christopher Nolan Revealed So Much In…