The trailer is longer and different from the Superbowl Spot

The trailer is longer and different from the Superbowl Spot 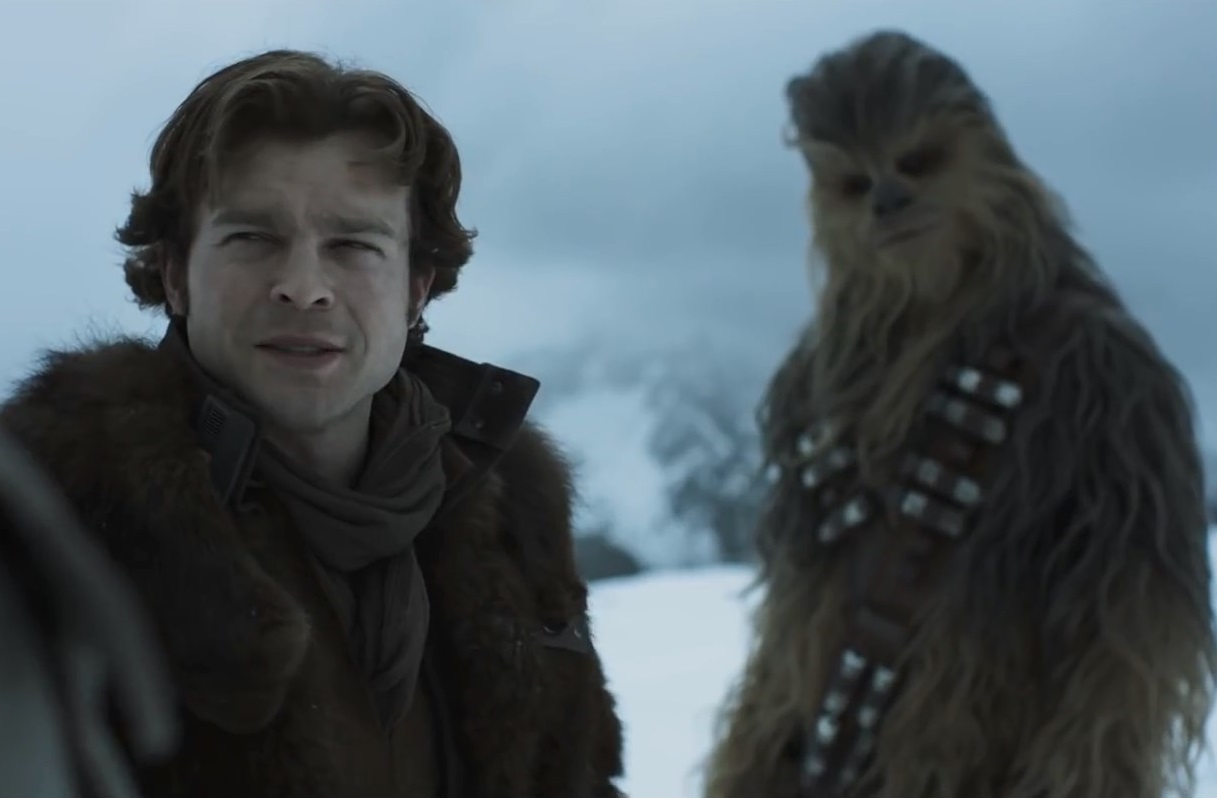 True to its word, Disney has unveiled the first full-length teaser trailer to its upcoming Star Wars spin-off Solo: A Star Wars Story. This comes, as promised, a day after the movie got its first look through a Superbowl Spot. While there’s not much to reveal in terms of plot, the trailer does a good job getting audiences excited for the movie by presenting several historic elements from Star Wars lore.

Right off the bat, we see more of Alden Ehrenreich as the titular Han Solo. Something tells me, no matter how much effort Ehrenreich ends up putting, his final performance is going to end up as one of the most criticized and divisive performances of the current generation. It’s tough to match up to the legendary Harrison Ford and the controversies the movie has been mired in during its tumultuous production schedule will only exacerbate it’s lead’s woes. Nevertheless, he’s not alone as the movie’s redeeming star. There’s Chewbacca played by a different actor this time and he looks young too. There’s the enigmatic Emilia Clarke as mysterious new character Qi’ra, Woody Harrelson as Solo’s Obi-Wan Kenobi and Donald Glover as Solo’s best buddy Lando Calrissian who Solo ends up stealing the Millennium Falcon from. Speaking of which, the Falcon also makes an appearance.

All of these elements are tied together with a plot with tropes of one man being meant for more than he realizes with an aerial battle between TIE Fighters and the Falcon thrown in for good measure. There’s also some weird alien creature that the ship seems to dodge towards the end. All this plays out with generous dozes of confidence oozing out of Han’s personality, a cockiness for which he was well known for.

Since the movie’s a while away, fans are going to have a field time picking this trailer apart. Already many are having a bad feeling about this while some are hopeful that the movie will turn out to be a surprise hit and all the negative publicity will only work in its favor. Personally, this trailer seems to be decently put; then again, movie marketing is known for spinning magic out of thinly woven plots so great trailers cannot necessarily be a precedent for a great movie. Regardless of which side you’re on, let us know your thoughts in the comments below and stay tuned for more from Appocalypse.