Could a new trailer be on its way soon? 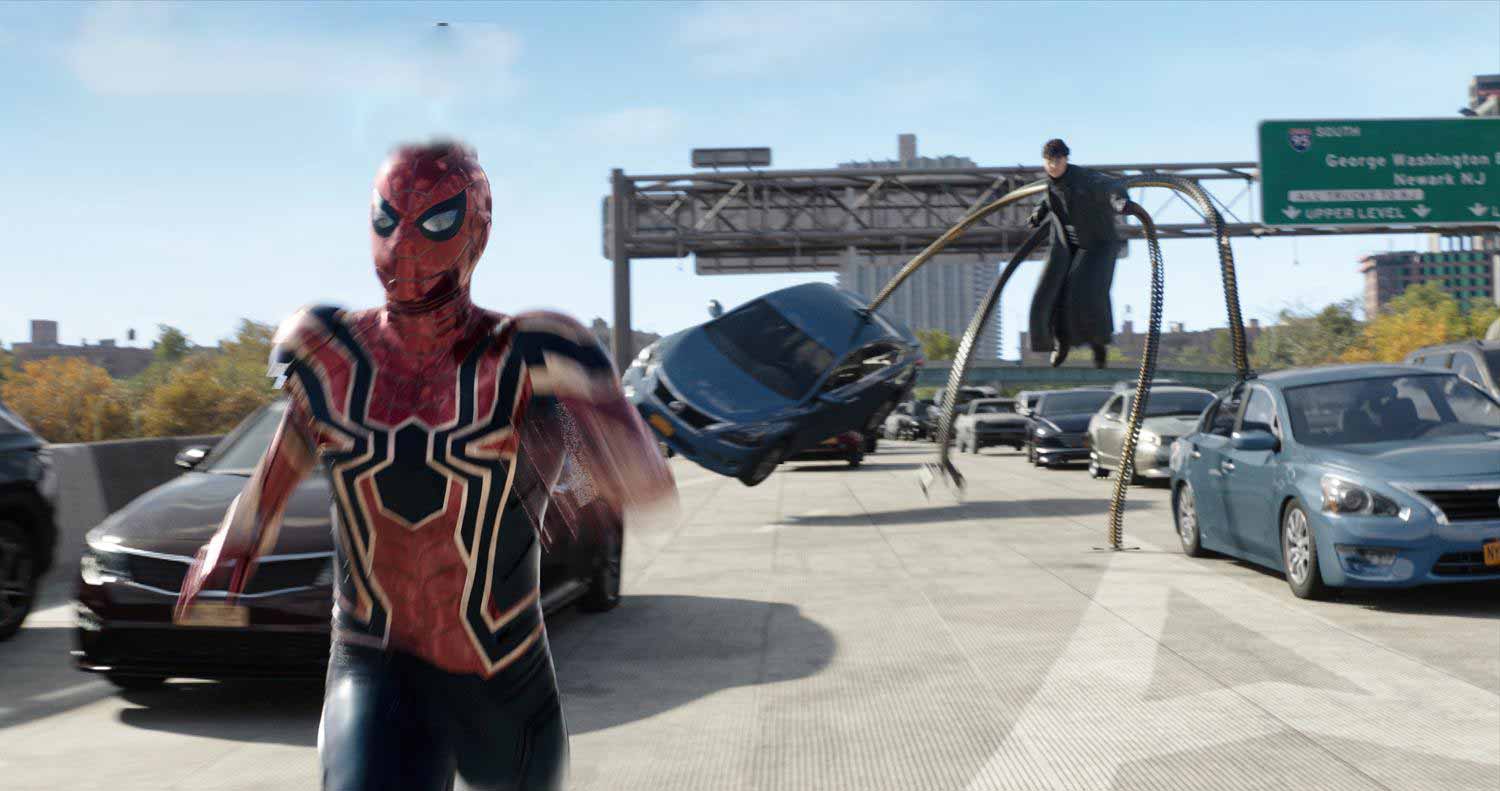 A couple of Spider-Man: No Way Home stills have been released. The stills don’t give much in the way of plot but they’re exciting to look at. One of these has Spider-Man fleeing attacks from Dr. Otto Octavius in his Iron Spider suit. This looks like the same freeway clash scene from the end of the first No Way Home trailer where Doc Ock introduces himself to Peter Parker, followed by Parker suiting up in his new costume. It’s also the same sequence that fans are speculating, has Tobey Maguire’s Spider-Man hidden somewhere but CGIed out for the trailers.

The second still shows Holland crouched in Spider-Man’s iconic pose (also since replicated by Black Widow for her showy landings). It’s hard to ascertain where Holland is in the frame but it looks like this could be a shot from the film’s final act. Again, this fuels speculation that it involves Maguire and Garfield in the movie in some form.

With the release of the Empire Magazine stills and interview and new coverage along the way, I’m wondering if a new trailer is on the horizon. In a film’s marketing lifecycle, a sudden resurgence of a flurry of activity post a period of quietude suggests the arrival of some huge promotional material, which generally turns out to be a first or a second trailer. With the movie itself also merely two away from release, now would be the perfect time to release the Spider-Man: No Way Home Trailer 2. Furthermore, it’s a good opportunity to get this trailer out now so that it can play ahead of Marvel’s Eternals which bows out in theaters in two weeks. In fact, it’s very likely both these stills are from the second trailer itself.

In the same interview, Watts also talked about the ambition of No Way Home and with the kind of statements made by Watts, Holland and Feige, there’s little doubt that the movie has something really big in store for us. Aside from bringing back villains seen in previous Spidey movies, I have little reason to believe they were not referring to the return of previous Spider-Men Tobey Maguire and Andrew Garfield.