Star Wars: The Rise Of Skywalker will also be available for streaming. 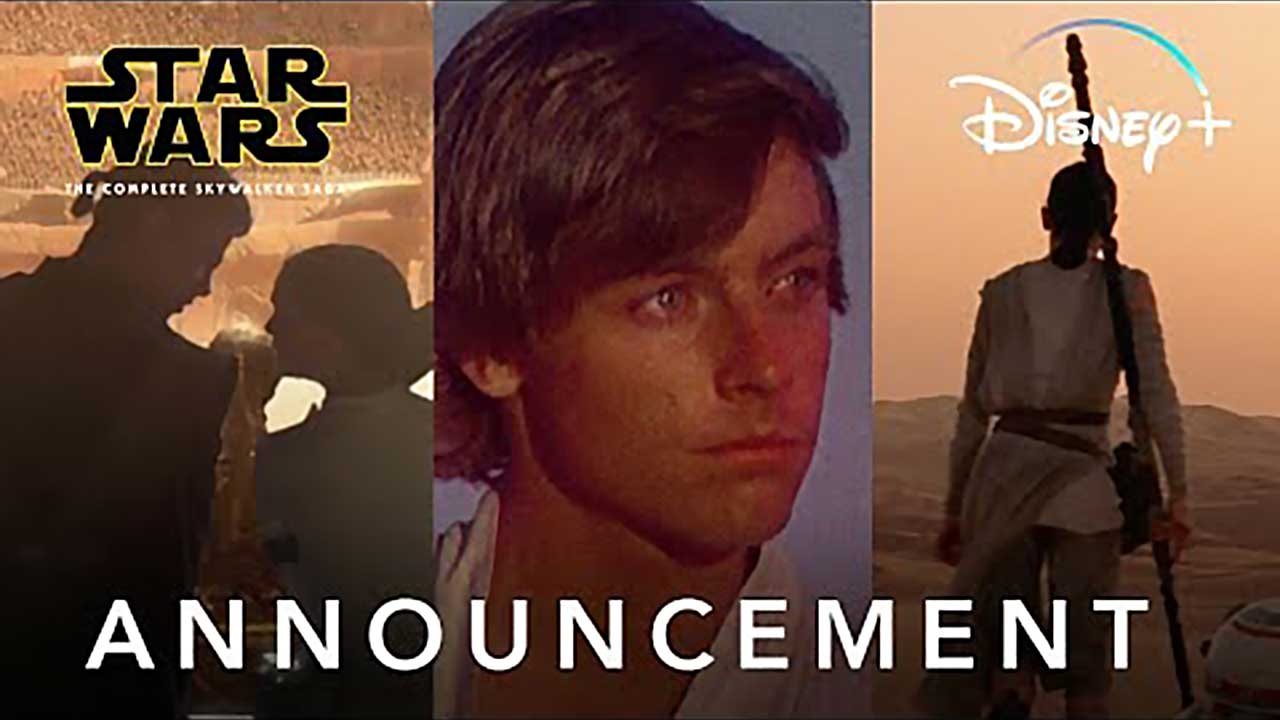 All Star Wars movies will be available for streaming on Disney+. This includes all 9 movies comprising The Complete Skywalker Saga as well as the recently released Star Wars: Episode IX – The Rise Of Skywalker. Subscribers can stream the original trilogy, prequel trilogy and sequel trilogy on Disney+ on the aptly chosen date of May 4, which also happens to be Star Wars day.

To commemorate the announcement, Disney has released a stunning new Skywalker Saga trailer featuring footage from almost all films. I say stunning because the transfers are so pristine and the old films old up so well the movies look like they were released months apart instead of decades. Disney shared a cropped version on Twitter but I recommend watching the full HD version online on YouTube.

The Rise Of Skywalker may have received some criticism but there’s no denying the incredible value the sage holds for fans who’ve been following this since the old days. Also important is the business value this holds for Disney+ as a streaming service. It is now the singular home for streaming all Marvel Cinematic Universe, Disney Live Action, Pixar Animated AND Star Wars movies. Their rich library of popular franchises and IPs is boding well for them and helped them attain 50 million subscribers in just under 6 months of release. For comparison, Netflix has around 170 to 180 million subscribers.

It’s unclear if the saga will be available for streaming across all countries. In India for instance, Disney+ was recently launched through Disney’s locally acquired streaming service Hotstar. I’ll keep a check on any local specific announcements; hopefully Disney will release more info on Star Wars day itself.