The posters follow the Dolby and International posters and maintain the classic vibe. 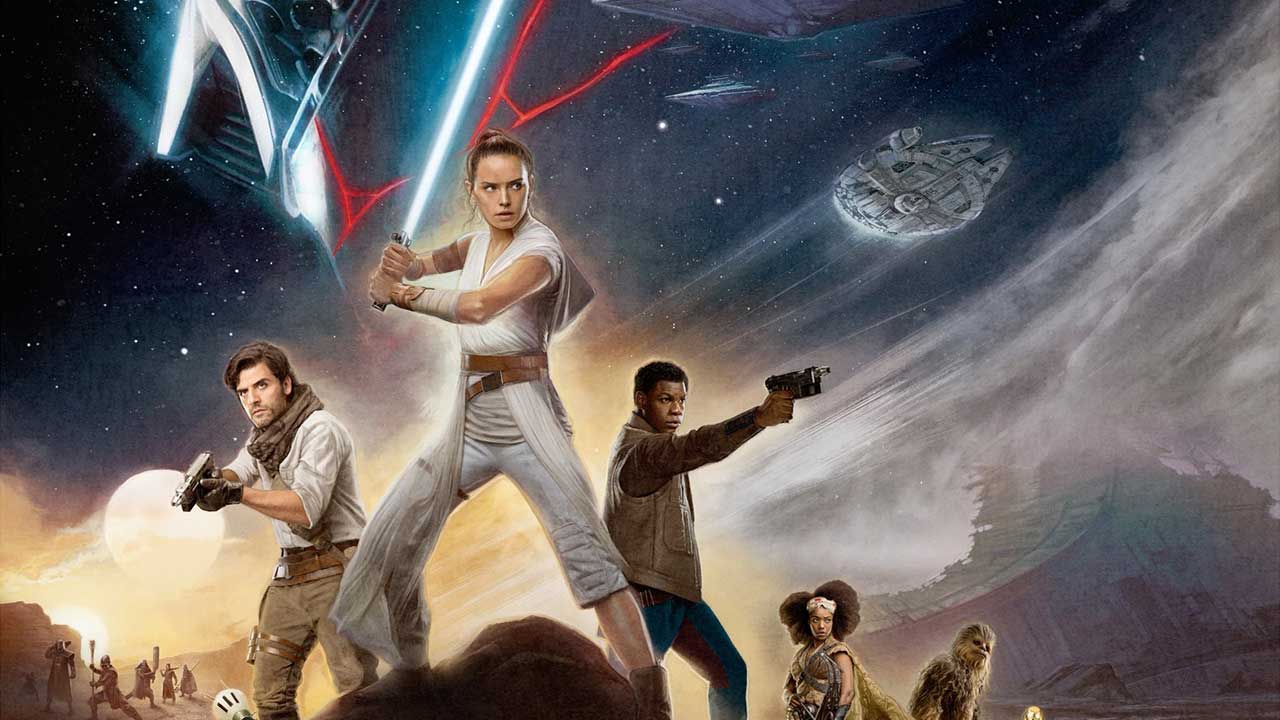 Star Wars: The Rise of Skywalker is undergoing a marketing blitzkrieg. With numerous TV Spots, including one very nostalgic one, and Dolby and International Posters released in the last few days, we now have two more posters. Disney has released Star Wars: The Rise of Skywalker RealD 3D poster and IMAX poster on the movie’s official social media channels which you can see below:

The posters continue to maintain the class vibe that the original trilogy posters enjoyed, with their white border backgrounds and somewhat minimalist design. The RealD 3D poster above shows Rey wielding a lightsaber as she prepares to fight Kylo Ren whose helmet looms in the horizon. Poe, Finn, Jannah, Chewbacca, C-3PO, R2D2, BB-8 and Rose are in the background, as are the Knights of Ren. The IMAX poster below has only Luke and Leia in the background as Rey poses ahead, with Kylo’s helmet overlapping with Luke’s face. Check it out below:

The choice to mesh Kylo and Luke together is an interesting one. In The Last of Jedi, the duo had an elaborate duel that saw Luke outsmarting Kylo. But could this fusion imply a much bigger meaning than just their duel from Episode VIII? Is Kylo Ren connected to Luke somehow? Does he have a similar journey as Luke or his father?

Duel Of The Fates Used In Latest Star Wars: The Rise Of Skywalker TV Spot