Stranger Things 3 delivers a strong payoff to its build-up giving us the season’s best episode yet. 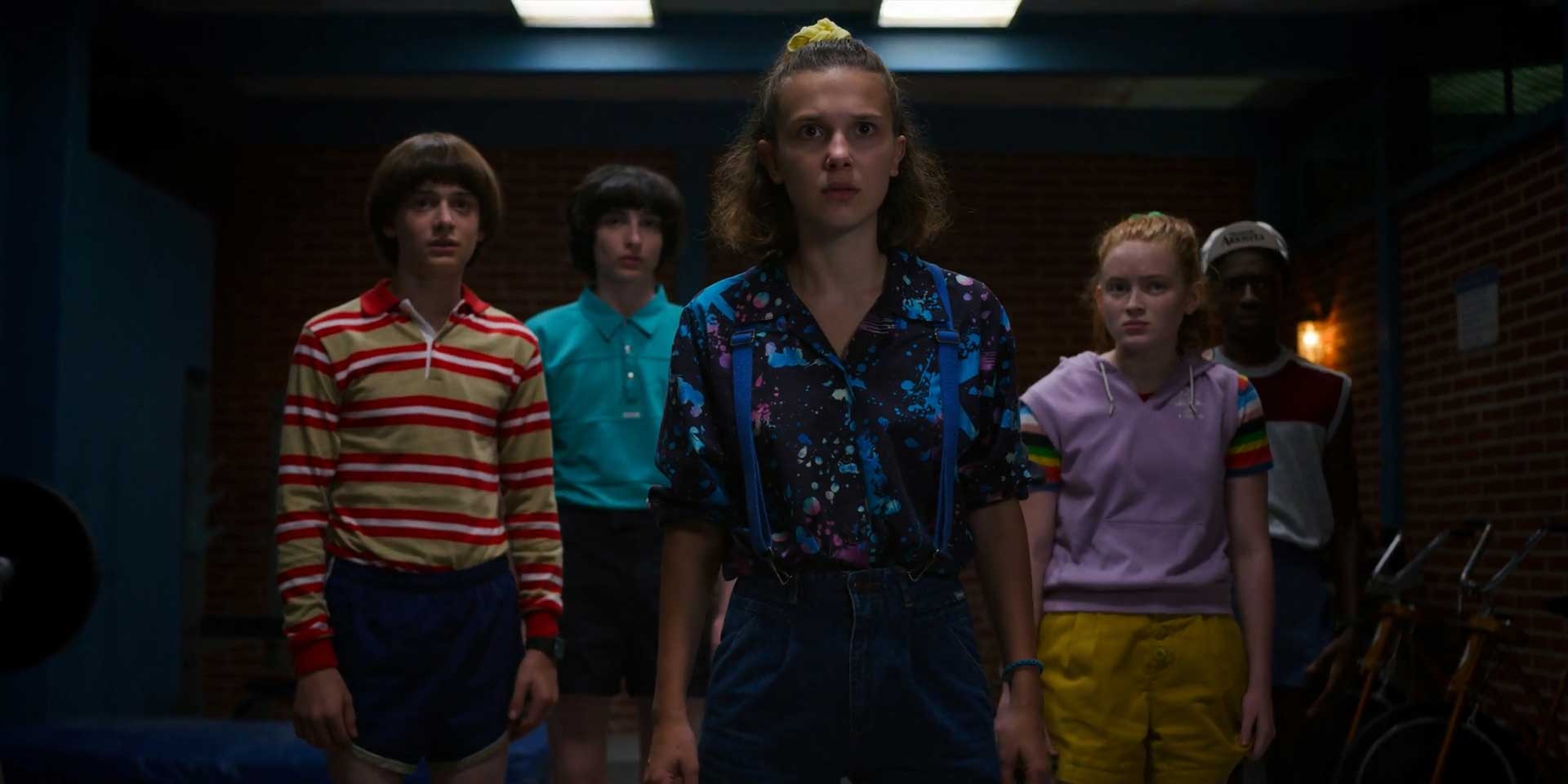 Stranger Things 3 really gets its act together in Episode 4 as all the build-up in the previous three episodes pays off in spectacular fashion. Every character in the show is now connected to the Upside Down plot in some sense and most of them coalesce when the Mind Flayer unleashes itself simultaneously upon its different hosts. The end result is a riveting coming together of characters and subplots edited masterfully resulting in a tense square off between our protagonists and the human host embodied by the monsters at large.

Will sensing a larger threat at play is enough to get everyone to at least momentarily suspend their conflicts and unite toward the bigger problem at hand. Will himself has let go of his issues with his friends Mike and Lucas over their derision of his childlike game-playing ways. Mike and Eleven try and sidestep their issues as Max foregoes any rivalry she had with the boys as they all attempt to uncover who the Mind Flayer monster’s host is. The result is an ingenious test that uses the fact that the creatures prefer the snowy colds of the Upside Down and should consequently, lose it in a heated environment, thereby giving birth to The Sauna Test, also the title.

Hopper and Joyce follow their own lead on last week’s assault on Hopper by a mysterious man in a motorcyle. The unnanmed thug’s choice of vehicle gives Hopper a clue about his whereabouts leading in some disturbing violence and confrontations, through which Hopper finally manages to extract the info he needs. Turns out properties around the Starcourt Mall are being purchased, presumably to build something and the duo embark on investigating those properties following their own lead to the central narrative’s thread. In any case, it’s all leading to the inevitable reveal of what the Mind Flayer is up to which looks exactly as I speculated before; the final panning shot even makes it clear.

I talked about Nancy and Jonathan getting a bit sidelined to make way for other characters, but this hour gives them plenty to do. Natalia Dyer especially gets a great moment as Nancy when she struggles to channel her inner self; despite coming from a privileged family, she undergoes her own troubles about a desperate sense of wanting to be right and make an impact, again issues teenagers grapple with in their early years. She gets a decent, non-cringey pep talk from her mother who suggests there’s more to her than her attempts to hook up with Billy in the opening episode. Her success in inspiring Nancy to follow her art is straight out of the pages of countless stories but the earnestness in the performances of Natalia Dyer and Cara Buono make the scene work.

At this point, Stranger Things has nicely paired its characters together and given them small subplots and struggles of their own, with the intention of uniting them toward the final episode or two. It’s a nice way of keeping the momentum going and as I pointed out in the last episode, there’s never a dull moment or struggle as a result. Multiple viewpoints however, work best if you either have strong characters or a powerful narrative and while Stranger Things 3 may be slightly lacking a bit in the former, it’s narrative is being propelled full steam ahead now that it’s near the mid-way mark.

The show is also trying to use its cinematography and color palette to its advantage, not really sticking to one style but doing what’s best required for the scene to convey. The bright, sunny color grading that accompanies the Mall sequences gives way to the frosty cold and muted scheme in scenes with the monsters and the Mind Flayer of the Upside Down. Likewise, the cinematography goes from being kinetic and forward going in the opening episodes to quiet, peaceful with Nancy’s mother cajoling her out of her worries to a tilted angle to convey the Mind Flayer inside Tom stemming out its violent nature through Nancy’s boss.

The really tense moments in The Sauna Test happen in the final stand-off between the boys and Billy in their attempts to draw out the Mind Flayer embedded within the “missing lifeguard”. We get to see Eleven use her powers and the resulting square-off is tense enough to convince you we’re about to lose one of the core cast members permanently. I can’t imagine this is going to end without any casualties; a fallen member at this stage would really help push the scare and shock factor several notches higher, as less likely as it is to happen. Dacre Montgomery is already playing Billy as a psyched up teen on the edge, his anger stemming from a troubled family history explained back in Season 2. That he was chosen as a host further amplifies his anger issues and only makes it worse and so much more traumatising for the kids to have to deal with that kind of mess. I especially felt for Max who in that moment feels drawn to Billy’s plight, yet is simultaneously afraid of what he’s become.

The one final bit that really worked for me was Maya, Dustin and Steve’s attempts to break through the mysterious room by seeking someone’s help. Enter Erica, the most bad-ass child character the show has ever brought on board. She’s a sharp, intelligent kid way beyond her years and could almost pass off a young Michelle Obama; okay, that;s probably taking it too far. But seriously, her cunning display of knowledge about topics like capitalism and market value is outstanding as is the connection between her name and country. Priah Ferguson is a scene stealer in every frame she’s in this episode and if you ignored her in the earlier episodes just for scooping up ice-cream samples, you’d be sitting up and taking notice in this one for sure. The one thing I didn’t like about this subplot? That it ended on a sort of unresolved cliffhanger.

Clearly, Stranger Things was written, filmed and designed keeping in mind its binge-watching potential. The Duffer Brothers with episode director Shawn Levy have made the show to be as addictive to be viewed in a single sitting as possible. And for the most part, it is, which explains why some subplots get abruptly dropped off toward the end only to resume in the subsequent episode. The minor glitches aside, Stranger Things is really hitting its stride with The Sauna Test and Episode 4 is truly where things begin to come together in the manner we’ve expected. For what it’s worth, I’m anticipating stupendous entertainment from the final four episodes, maybe sparing an episode or two.