Stranger Things unites more of its characters and follows up its best episode with an equally compelling one. 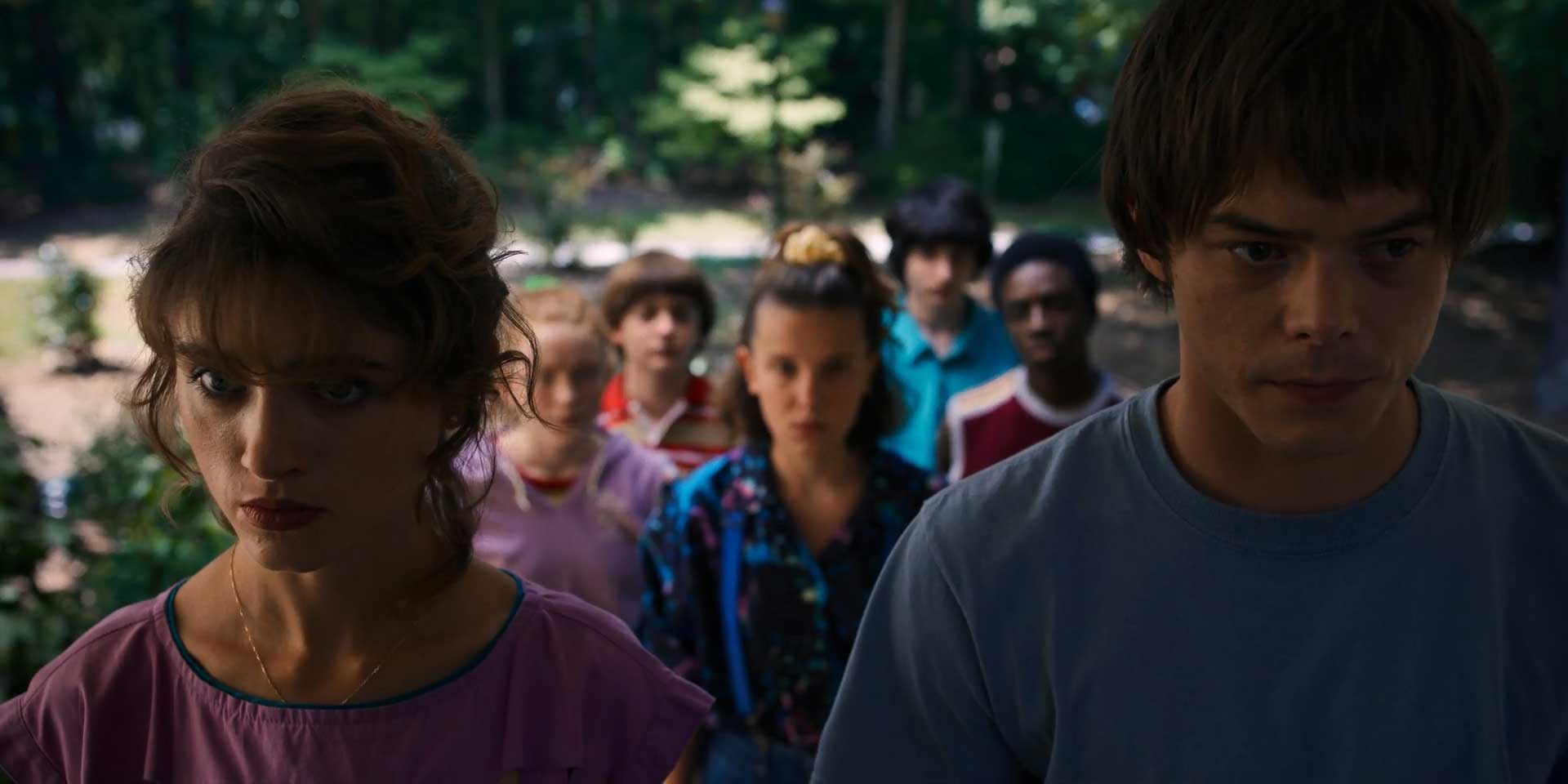 The plot thickens. In extraterrestrial flesh. Stranger Things 3 follows up the best episode of this season with another strongly competent and compelling outing as it brings more of its characters together in a similar setup. The adrift plot threads also begin to converge on the central narrative as the Mind Flayer becomes increasingly threatening. And all this with a dash of horror thrown in for good measure as we get yet another nerve-wracking conclusion despite a predictable outcome.

Natalia Dyer and Charlie Heaton have now been woven into the main thread involving the Mind Flayer. There’s no doubt now that the mind controlling monster intends to take over an army of humans as his host and spread over Hawkins and gradually into our dimension. They unite with the kids and try to figure out the Flayer’s base of operations which leads to some clever back and forth and an intelligent deduction about how to get there.

As for the other two threads, Dustin and Steve’s subplot with Maya and now Erica resumes after being abruptly cut off last episode. They open this one in fact and find themselves deep under the base of Russian operations, literally. It kinda comes full circle as they eventually find themselves facing the very monstrous machine that’s firing at the very gate that Eleven closed. I’d like to believe there’s some twist involving those scientists as well; they could very well be projected as the villains but turn out to be actually doing something benevolent like closing the rift that popped open in the gate despite Eleven shutting it off in Season 2.

Mike and Eleven are also able to rekindle their romance, something I feel comes to the chagrin of Will. The more I think about it, and the more I notice Noah Schnapp’s performance, my doubts about Will being gay and possibly attracted to Mike become stronger. He appears rattled about Mike wanting to patch things up with Eleven and would rather prefer Mike stay out of that relationship. It’s also possible he wants it purely out of fear of losing out his friendship, finding it tough to swallow Mike cutting on their geek time to spend more moments with Eleven. Again, this could totally turn out to be a false alarm but I look forward to seeing how it’s handled.

Hopper and Joyce have possibly the most boring subplot at the moment and their disconnect from the goings on at Hawkins is becoming excruiating to watch. It’s nice to see Brett Gelman back as Murray and I was hoping for some exposition but it looks like that’ll have to wait until the next episode. As funny and trite as Joyce overpowering all men was, it was still overdone in some ways but Winona Ryder really did get her moment in the sun with that one. I also can’t help but notice the Terminator-style demeanor and vibe that Andrey Ivchenko emanates in his assasin-like role. With his stiff movement and attitude, he carries a face that almost looks like a cross between Arnold Schwarzenegger and Sylvester Stallone while giving out Robert Patrick’s vibes from Terminator 2: Judgment Day. That’s one hell of a combination.

Once again, as more subplots gain prominence, some characters are dropped out of the picture. In this case, it’s Dacre Montgomery’s Billy who’s nowhere to be seen after the events of the previous episode. Instead, we do learn something about the nature of the Upside Down threat, which looks rather reminiscent of the White Walker reveal we got in Game of Thrones Season 7 episode Beyond The Wall. Watchers would’ve already gotten the hint but for those who haven’t, I’ll save that discussion for the next episode. Suffice to say, the ending gives us a possibly way to defeat the Mind Flayer once and for all and also has the potential to inflict some great tragedy now that Will can sense the Flayer’s presence although once again, I doubt the show will go that route.

One of the biggest hiccups on Stranger Things that I’m beginning to feel in these recent episodes is how generic and monstrous and pure evil the antagonist is. At one end, it’s great that evil has no face but it’s equally disappointing to see a “villain” that has no backstory, no definite purpose and no strong motivation but is instead an intelligently reworked rip-off of the countless 80s monster movies that we grew up with. I suppose that’s the point, to make it a straightout fight between the kids vs the monsters. Those things aside, this was a smoothly executed Stranger Things episode that sees Season 3 in great form yet again.