Stranger Things delivers an exhilarating finale that ends on an emotional note while teasing what lies ahead. 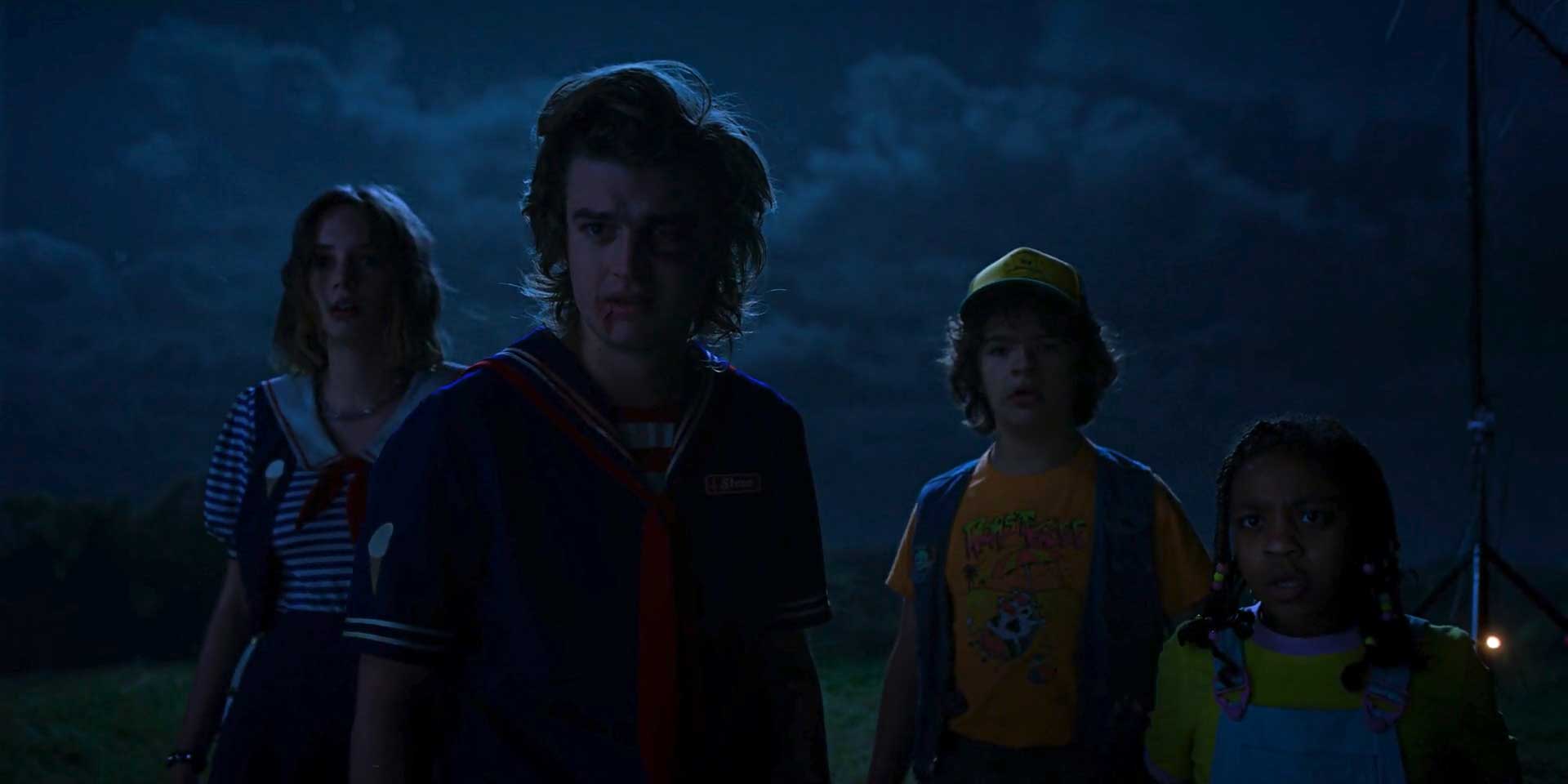 As anticipated from the title, Stranger Things 3 makes great use of its Starcourt Mall set to deliver a final episode rife with large-scale action sequences and a sense of unparalleled exigency. In the process, it still maintains the emotional weight that has carried its characters through and in fact delivers an ending that’s bound to leave you teary eyed. I’ll need to get into some heavy spoilers to discuss this one so turn back if you haven’t watched the episode yet.

The titular battle takes place between the source Mind Flayer monster and all the kids in the Mall of Starcourt. In the process, all characters are first united, then split up to accomplish the only thing that can stop this monster attack: closing the gate. There’s a weird sense of joy and delight in seeing the kids outsmart Murray’s no-nonsense Russian-translator and Gaten Matarazzo does some heavy dialogue delivery as Dustin together with Lucas’ smart-ass sister Erica. Priah Ferguson continues to hold her own and emerges as the season’s breakout star alongside Maya Hawke’s Robin.

Last week’s attack did have one major consequence: Millie Bobbie Brown’s Eleven has lost her mind controlling abilities. She was the only thing who could overthrow the Flayer and who the writers were overusing a bit to be frank but with her powers out, the sense of danger is only amplified. Everyone tries their best to be useful in the battle and in all earnestness, the writing is fair on everyone without shortcharging anybody, even this season’s underused Charlie Heaton and Natalia Dyer have become pivotal players in fending off the monsters, being the only “grown-ups” in the conflict surrounded by kids.

The resulting battle between the Mind Flayer and the kids is straight out of a Steven Spielberg or James Cameron movie. Whether it’s in the Mall or outside on a car chase, the sequences evoke a mixture of Jurassic Park and Aliens, both of which came out years after the show’s setting. Visual effects are top-notch and the amount of monster mayhem on display frequently makes you forget you’re watching what is essentially a TV Show. These are flanked by some breathtaking pieces of cinematography; watch the shot where helicopters pass above Dustin and Erica in the hills. I’m highly curious to learn what Netflix has commissioned as the budget for Stranger Things 3.

There is an air of predictability that threatens to underscore the tension at hand. You know there’s no way the gate isn’t going to be closed, you know there will be casualties and you know there’s going to be a trump card that pops out of nowhere to aid the kids as a last resort. In this case, the said trump card is the unseen Suzie from Episode 1 whose existence becomes a running gag of sorts throughout the season. In a clever, if expected bit of writing, Suzie is called upon by Dustin to answer an important science riddle but not before she embarasses him by forcing him into an 80s song celebrating their love. It’s a hilarious bit of diversion that takes your mind off some of the fast-cutting between set-pieces before we’re back into the mix of things.

And now, down to the deaths. As much of a jerk as he’s been for long, it’s still painful to see Billy go down the way he does, almost sacrificing himself in a Christ-like manner, his death endowed with Biblical qualities. The bit where Eleven tries to awaken the entrapped Billy by reminding him of his memories is tragic in that it shows a glimmer of hope that Billy could’ve actually turned out alright if only someone had gone through the trouble of understanding him. It’s precisely due to those final moments that the death becomes infinitely more difficult to absorb than it should be. Kudos to Dacre Montgomery on portraying the man within the monster, the Duffer Brothers for their excellent direction and Sadie Sink for her reaction to Billy falling which really only sells the death further.

But a bigger demise awaits us as Jim Hopper ends up sacrificing himself as well. Now those who’re frequent TV Show watchers would’ve probably seen this one coming from a mile ahead. The increased focus on Hopper’s characterization, on making us connect with him at a personal level and the moments shared between him and Joyce in the finale … the writing was on the wall for David Harbour. Sure, it could’ve been Winona Ryder’s Joyce as well but given her bad history with losing boyfriends, it made more sense that Hopper had to go. The sad part is, there are no recitals or last words in Hopper’s case, although he does get to deliver a posthumous speech through a letter worded for Eleven. The reactions of Joyce and Eleven to Hopper’s death are just gut-wrenching and say what you will, that sure hits hard as hell.

Stranger Things truly outdid itself by delivering a finale every bit as strong and worthy as previous installments in the seasons. I might have had mixed feelings going into the season but the finale totally lays out why Stranger Things is the best, most mass appealing show that is out there on Netflix. The writers orchestrated a careful play to get us to connect with the characters resulting in the deaths hitting harder than they should. The production values on the episode were simply off the charts and so were the performances. Overall, this was an easy win for Stranger Things and while I have no doubt the show will be back for a Season 4, things won’t be the same again without David Harbour there to protect Hawkins.

And that’s it for my reviews as well. I hope you enjoyed reading them (at least somewhat) as much as I enjoyed writing them. There are a few things that I got right when predicting the future episodes, and a lot of things I got wrong as well, particularly Will’s sexuality. I still maintain that there’s more than enough evidence that Will Byers is gay and it’s probably something they’ll explore in the future seasons. But for now, I stand corrected. And nope, I’m not going to go back and rectify those incorrect predictions now that I’ve seen the whole thing. It’s fun to go back and see how wrong or right I was.