Relationships are at the forefront in the twelfth episode of Suits, Season 8. 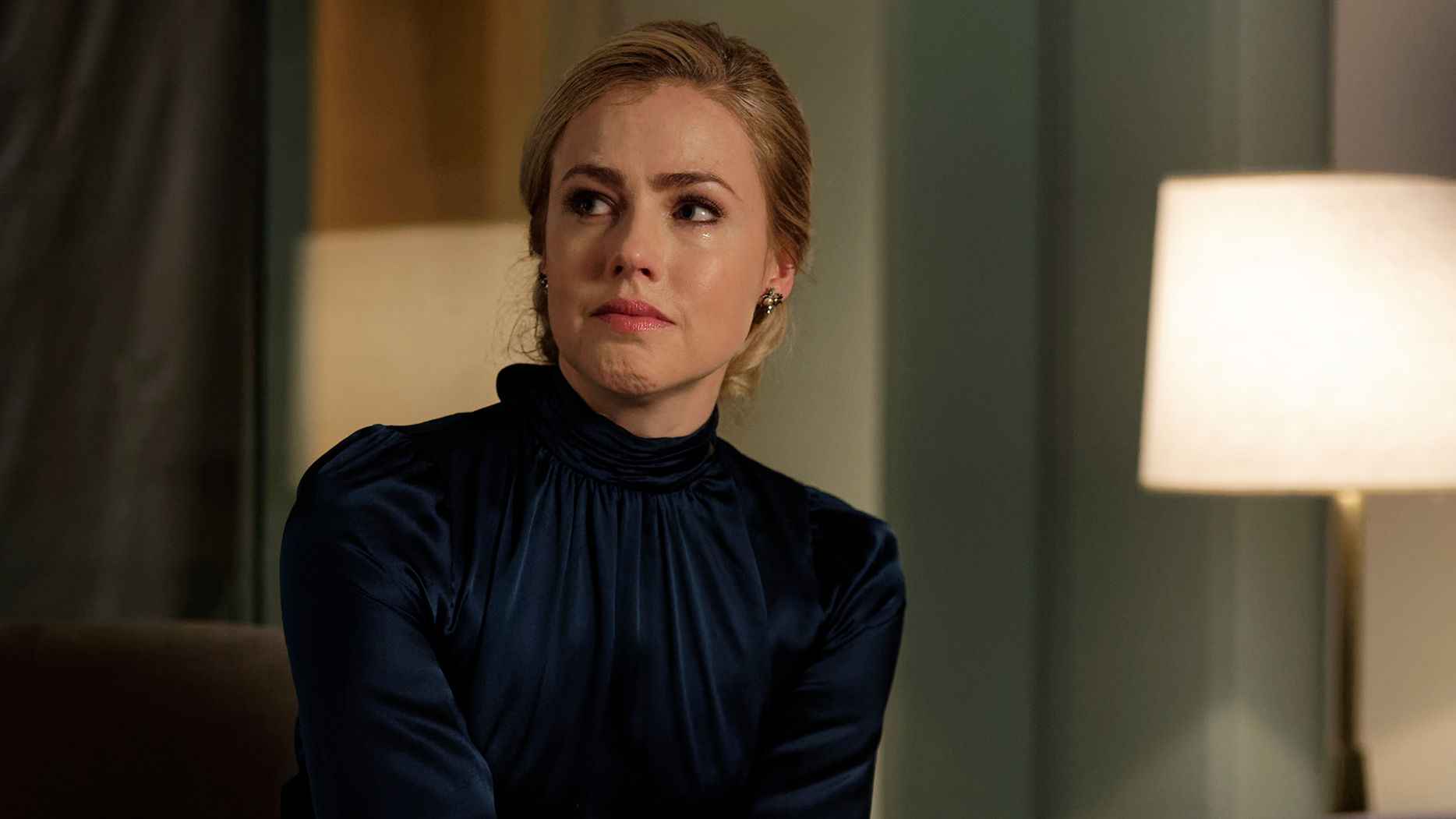 Suits continues its structure of balancing and juggling multiple storylines while ensuring they all have some common, tangential themes. Episode 12, titled Whale Hunt has as many as four subplots progressing in parallel as pretty much every character gets involved some way or another. And the episode preview recapping previous events helps predict with relative ease what’s going to follow in the remaining hour.

The most important storyline in terms of character progression is give to Brian and Katrina. The duo work on a copyright infringement case where one perfume company has plagiarized another’s product. The case itself isn’t as important here as the dynamic between the two. There’s palpable romantic tension between Brian and Katrina who find themselves unusually attracted to each other. Neither is able to fight it off entirely, nor are they able to take it to the next step. It’s kind of a fun balancing act that the writers pull off with the will-they-won’t-they situation that’s at once fun and nerve wracking to watch.

Both Jake Epstein and Amanda Schuller play the struggles of their respective characters quite well. Their dynamic when in a case, is also very reminiscent of the one that Patrick J. Adams and Meghan Markle shared as Mike Ross and Rachel Zane respectively; the two just gel well together as a team. Katrina’s longing for a partner is beginning to manifest itself in peculair ways and a chemistry to Brian was only one of the more obvious ones. It’s fascinating to see her pained by the realization that getting together with Brian is no longer an option. And it’s even more fascinating to see her maturity in the matter (at least so far) in that instead of going that extra mile, she realizes where she’s come in her career and how such a move could potentially jeopardize her position and reputation in the firm. Those are some good points I’d like to see the show dance around with in the remaining four episodes.

Harvey meanwhile got a dose of his own lesson when a potential client rebuked his cocky advances and gave him a piece of his own mind. You see, the problem with Harvey is that he doesn’t listen, he’s so confident that he goes ahead and does his own thing anyway. Landing Steve as a client is just a bluff for what is essentially a subplot meant to get this point across, and conclude with the acceptance that Harvey is just the way he is. A game of poker brings our two leads Harvey and Louis together and even though the entire setup was a tad bit predictable in how it’d turn out, it was still fun to watch Rick Hoffman pull off that petrified Louis Litt look and Harvey beat him by playing the man, not the game.

Samantha and Alex form a peculair bond as well, in that the former bond’s with the latter’s wife over a case. Like a good, dutiful husband, Alex stays out of his wife’s case for fear of ruffling her feathers and starting an argument that could cost them their relationship. Even though it’s just ever so slightly over the top, you perfectly buy Alex’s reasoning and Samantha being the ambitious lawyer that she is, won’t settle for less when Alex’s wife is perfectly fine and content with the amount. Discontent brews, putting Alex in a tough spot and it’s fun to watch him dig himself out of it. Eventually, Samantha has to concede as well since the wife always wins.

Finally, the relationship between Donna and Thomas Kessler is proceeding to build towards what looks like a season-wide arc. As of now, Thomas seems like just the ideal guy that has even someone like Donna both smitten and floored. But we all know how that’s going to go down; I’m placing my bets that Thomas is just too good to be true and Suits at this point is way too predictable to introduce a new player and have him walk away with Donna when us fans have been waiting 8 years to see her end up with Harvey. Either Thomas is going to have a personality meltdown, or business is inevitably going to come in the way of pleasure resulting in the two having to call it off. That’s when Harvey’s going to lend a shoulder to poor old Donna, resulting in them realizing it’s best they be with each other.

The good thing about the arcs this episode is that they grow the characters at least to a small extent. Brian and Katrina’s relationship dynamic is really going to create problems going forward, unless Suits takes a quick U-turn and has the duo confront this openly and return to square one, letting bygones be bygones. An excellently directed and written scene saw the two deposting a plaintiff using language that was directed at the other person, and there’s great opportunity to do stuff that can elevate Jake Epstein somewhat to Patrick J Adams levels of importance. But so far, the season’s been missing that one common enemy or threat or case that unites literally everyone in the firm and I’m unsure (or sure?) if someone will chug along.

On the whole, this was a nice episode. Suits has really mastered the art of using short sequences to effectively juggle between multiple subplots, involving every one of its half a dozen characters significantly in the show’s plot. While it doesn’t treat dramatically new ground, Whale Hunt makes for an entertaining watch and leaves you waiting for the next one to air.