Donna’s faith in Harvey is tested as Louis and Brian take strong decisions to protect their families. 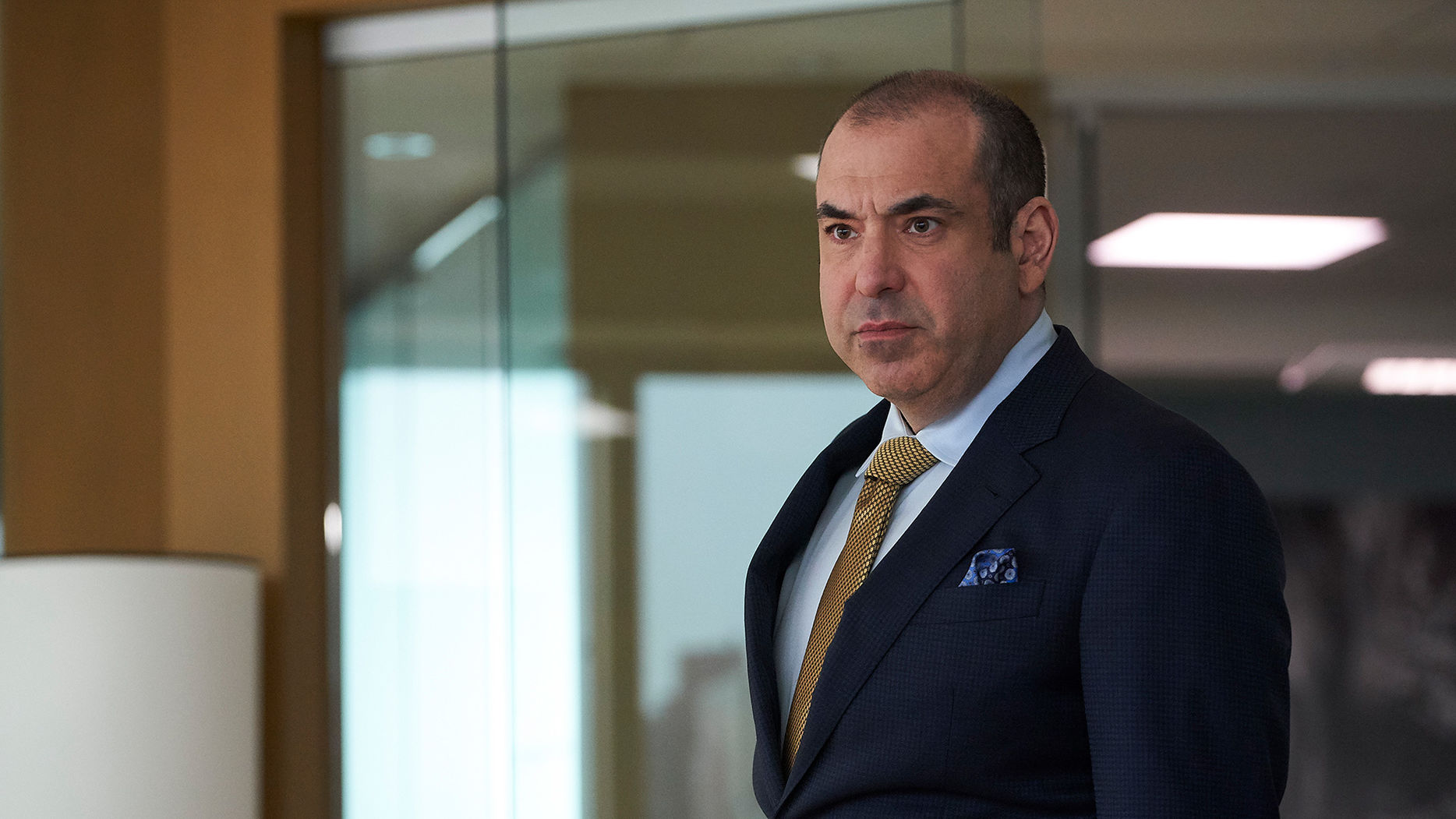 This week’s episode of Suits once again brought the entire ensemble together before the final showdown, giving them some meaty subplots to tackle. Donna and Harvey’s work relationship comes in the crosshairs as Thomas gets involved in a professional capacity. Meanwhile, Louis and Brian work with Samantha and Katrina on their respective cases as the two men take tough calls to protect the ones that matter to them the most. And finally, an old foe returns after a prolonged absence in the final scene, setting the stage for a (hopefully) riveting finale.

Thematically, Stalking Horse has the principal protagonists confront their worst fears, putting them in some uncomfortable situations. Harvey not only has to come to terms with Donna and Thomas’ relationship after last week’s surprise revelation, but is also required to work with Thomas in a professional capacity as a lawyer, getting him the best rental deal for expanding his retail chain business he can from another client. Louis confronts his old demons as the mugger who held Louis at gunpoint and took his wallet and money is arrested, prompting the cops to summon Louis to identify and testify against him. And Brian and Katrina struggle to keep their relationship strictly professional to the point that it begins affecting Brian’s marriage, something which I had been pondering for a while now.

It’s perhaps no coincidence that it’s all the men who find themselves stuck dodging difficult emotional circumstances, as they battle their way on the professional workfront. Harvey seems genuinely happy for Donna, going out of his way to get Thomas a great deal from another client who, as the title suggests, had been using the deal as a Stalking Horse to get someone else to sign-on at a higher price. Posed with a conflict of interest, Harvey confides in Alex and Donna about this but pleads with them to have faith as he “fixes” the problem. Of course Donna blurts it out to Thomas and while Thomas gets out of the deal at the right time, Harvey is now in trouble because he broke attorney-client privilege by disclosing confidential info. And guess who’s coming down their throat to sue them?

That’s right, David Costabile returns as Daniel Hardman, the firm’s co-founder at a time when it was simply called Pearson Hardman. If history (read: Season 2) is any indication, Hardman should give the firm a hard time, and could cause some serious damage to Harvey’s reputation as it gives Suits the necessary material for plotting its final season arc. I’d be elated if Hardman hands Harvey a solid defeat and Season 9 sees Patrick J. Adams return as Mike Ross and team up with Harvey Specter just like the old times to hand it back to Hardman. That’s a long game though that I’m not yet sure Suits is planning on playing given its penchant for wrapping things up soon enough.

Louis’ worry for his soon-to-be family gave Rick Hoffman some great material to play with, although I’m not quite convinced at the quick transitions in emotions. In a matter of minutes, he goes from being afraid to testify, to manning up, to cowering when the mugger is released to finally manning up enough to put the bully behind bars by making him confess to his own crime. I also found it bizzare how Louis could not represent himself (and neither could Samantha); pretty sure if Litt was fighting his own case he would’ve made toast of the mugger and ensured he never got out in the first place. It was also disorienting how quickly the case was dismissed without so much as an effort to weigh in to Louis’ testimony or give it some reconsideration, given the position he enjoys amongs the legal folk. The technicalities and legalities aside, it was satisfying to see Louis and Samantha crack up on the mugger and dispense off him once and for all, though Robert Zane did warn Samantha that its repercussions would be felt for long to come.

It’s probably safe to call it at this point that Brian’s marriage is going to go sour. It’s odd enough we haven’t seen his wife Julie for a single episode and yet the show’s trying to convince us that his love for him is unwaivering. It’s a good point that speaks highly of Brian’s character but there’s just no way Brian and Katrina don’t end up together like Mike and Rachel after the way things went down; the two literally can’t stop gushing at each other while deposing clients, as they repeated their act of indirectly communicating to each other again. I’m sure it felt a bit cringy at parts, seeing the two stand up to each other like lovey-doveys; I almost lost sense of the case they were working on. It’s surely fun to see how much Brian has grown as a character and how much his role has expanded from just being another random associate; gives you a good perspective on the kinds of lives some of those other nameless faces are living behind those case files.

The show’s emotional heft was surely heightened in the final moments when Harvey was disappointed about Donna not believing in him to resolve things by the last minute. However the legal stuff seems pretty all over the place and it just seems odd to me for an experienced person like Harvey Specter who kicked asses back in Season 1 suffer such huge defeats on account of inconsequental mistakes like closing a deal over a verbal handshake. I guess at this point, the showrunners have eschewed the law cases and trimmed them to a bare minimal with more emphasis on the characters themselves until this horse runs out of steam later this year.

All that said, this was a fun, engaging episode of Suits that like others, just flew by quickly. Now it’s down to one more episode where I can’t wait to see what Hardman does to Zane Specter Litt Williams Wheeler.