Suits brings all its characters together against an old foe to deliver a high-stakes personal episode. 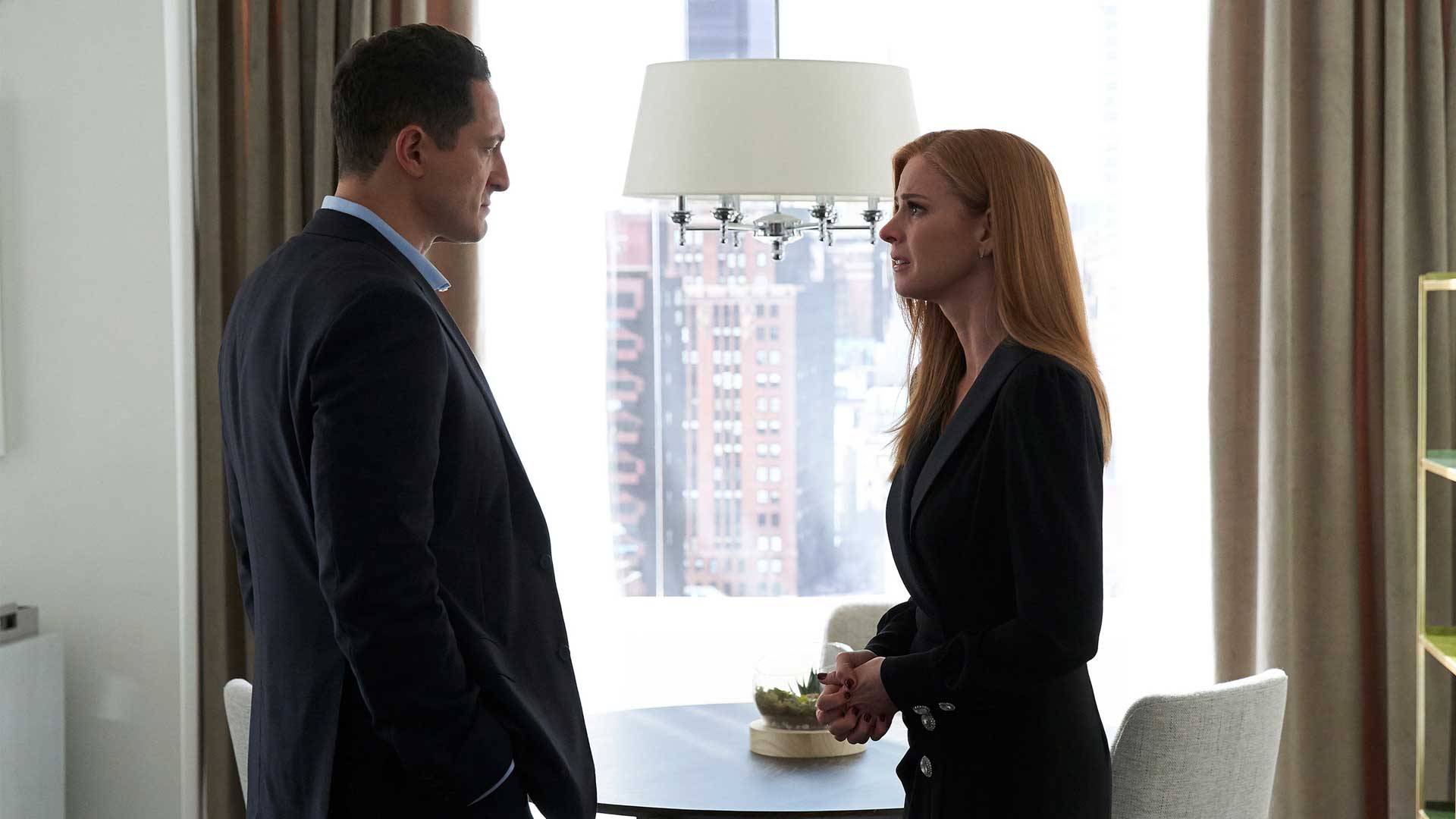 That was quite something for a Season Finale. I knew with Daniel Hardman’s appearance during the final moments of last episode that he would end up doing some major damage, and I was counting on it. But then, I also knew Suits almost always has a way to get itself out of such situations with minimal to zero repercussions. In a bittersweet season finale ending, Suits ended up doing both; while Hardman did cause a lot of damage, it ended up being collateral in the context of the show’s main leads. The episode also ended with some strong personal developments for Harvey Specter, and deservedly so given the episode was titled in its name.

Right off the bat, two threads run parallel in Harvey. One of them, sees us go back eight years to understand what exactly is it that went down between Robert Zane and Samantha Wheeler that has Zane so paranoid about what Samantha did last week. Sure, it has to do with Samantha being mugged, just as Louis was last week but it extends beyond that, which is what we’re let in on. The second thread continues from last week, as a ruthless Hardman is suing his ex-firm and will settle for nothing less than his name back on the wall (the firm was called Pearson-Hardman when Suits premiered). His vendetta is not so much against the firm either as much as it is against Harvey, who he blames for snatching his name and firm and leaving him to start up from scratch, as he got promoted to named partner.

Louis really comes across as a strong managing partner this episode. I’m sure I’m not the only one who saw this transition (Suits can be a lot less subtle occasionally) but Louis really held his own as the firm’s strong lead, with a commanding demeanor and a willingness to stand by his partner at all times, even when he knew Harvey was in the wrong. Whether its the way he confronted Harvey, his approaching Thomas or even talking to Steve’s lady-CEO informing her of Steve’s backdealings, Rick Hoffman exhibited a body-language that reeked of someone who knows his firm is in danger and he needs to step up and be in charge. And in charge he was, for even Harvey was coming to him asking for advice.

For Harvey, this was probably one of the roughest hours of his life in the show, right alongside dealing with his mother’s divorce in Season 7 (or was it Season 6, I’m a bit hazy on that one). It helps that the episode was co-written by showrunner Aaron Korsh; he truly painted Harvey as highly vulnerable, frustrated and truly out of ideas. Not that we haven’t seen that in spades before but Harvey was truly helpless against a man who was out there to get him, with a personal motivation driving him. You know shit’s hit the fan when Harvey Specter mouths an f-word followed by an m-f abuse while hurtling his glass of alcohol in his office as everyone else watches mutedly. Truly this episode presented Harvey at what could possibly be his weakest, until a way out of the situation presented itself.

This is where both threads converge, and also the part where spoilers follow. Zane helped put the man who mugged Samantha behind bars with an undesired outcome: the man was killed in prison. Unable to bear the guilt of it, Zane’s been living with it for a decade now, until an opportunity presents itself to “make up for it”. It also helps that Hardman and Zane share a friendship that goes back to Daniel’s Pearson Hardman days, which is something the show conveniently points out to us before delivering the final blow. Hatching a plan with Alex, Robert Zane takes the fall for being the one who broke privilege and leaked info about Steve’s motivations to Thomas. With everyone giving a “technically truthful” statement, Hardman is left with no choice but to end up having his dear friend’s license cancelled and getting him disbarred.

It works because the firm does take a hit, even though none of the principal cast is harmed. I’m assuming this was meant to be Wendell Pierce’s swan song from the show. The bigger implication that follows though, is Harvey having an important realization about the woman in his life and the void he feels when both Zane and Alex go back to the respective love of their lives. And in a move that will suprise absolutely no one, Harvey finally rushes to Donna and makes out with him. I was expecting this moment to come later in the final Season 9 rather than Season 8 but I suppose now that the cat’s out of the bag, they could build the final season around Donna and Harvey’s relationship, ending it with a wedding much like the one Mike Ross (Patrick J. Adams) and Rachel Zane (Meghan Markle) had. And I won’t be surprised again if those two were to cameo in the final season, which I’m increasingly believing will end with Harvey’s retirement. That, or he starts a new firm with Donna.

The tight focus meant a lot of other players had to be left out of the picture. Brian and Katrina are nowhere to be found and we’ll have to wait until later this year to find out if Brian actually lived up to his promise and left the firm, or if they reworked things a bit. The show’s emotionally strong turn of events also gave some of the other cast members room to shine, particularly Katherine Heigl who looked genuinely pained by Zane’s departure. Of course there were the odd bits too, like Thomas suddenly being okay with Donna-Harvey? I mean, did he let her go or is there more to their dynamic that we will continue to explore in at least Season 9 Episode 1? Also, was Hardman just a one-episode trick or will he continue to play a larger role in Season 9? I’d like to see the more human side of Hardman and how unknowingly dragging his friend under the bus has an effect on him. Not a redemptive arc, but at least something to show that he’s going through a harrowing time.

On the whole, a power-packed episode of Suits that, while on the surface still followed the formula to some extent, but still wasn’t afraid to shake things up a bit. The firm’s name is going to undergo yet another change come Season 9 and showrunner Aaron Korsh and his team of writers are moving things along nicely towards wrapping up the season with a satisfying closure. It was fun reviewing all episodes of Season 8 and I’ll see you again as far as Suits goes, with Season 9.

There’s still some other TV Shows I’m reviewing though so you might want to check that out if you’re interested. And let me know how you found these reviews in the comments below.