Louis Litt shines as Harvey and Samantha learn to play along

Louis Litt shines as Harvey and Samantha learn to play along

Right off the bat, I can’t help but admire how heavily this episode leaned on Louis Litt. Both his personal and professional life collided with each other as Louis got a heartfelt redemptive arc by the end that saw him raucously assert his position among his firm’s partners. There were a couple of other subplots running in parallel in what’s by now become traditional for the show’s structure and these involved Harvey and Samantha learning to get along professionally as Alex made a run for the named partner position.

Let’s start with Louis. Ever had that situation where you’re burdened by the unexpected weight of someone’s expectations? That’s what Louis goes through when his love and partner Sheila Sasz tries bringing out the aggressiveness in him by pushing him to make a run for managing partner. Louis falls for the bait and is just about to raise his point with Harvey when he lets him know that he’s handed the position over to Robert Zane. Seeing that Harvey himself is not going after the position triggers Louis to reconsider and comes to terms with the fact that he doesn’t want to either.

He of course has a hard time convincing Sheila about it. And so he does what any reasonable man in his position would do – he lies. That stresses him enough to make him incapable of getting an erection so he revisits his psychiatrist Lipschitz who once again puts him on the right track by making him come to terms with himself. A rejuvenated Louis explains that to Sheila who is initially angry at the psychiatrist for killing the ambition in Louis before she understands his point as well. The result is a heartfelt reunion where not only do the duo make peace with what Louis wants, they end up discussing and agreeing to commence their attempts to conceive. That discussion surprisingly kicks off a fire in Louis upon Sheila’s insistence for at least wanting to be heard. He lashes out at his partners Harvey and Robert and silences them with his argument. A totally bad-ass moment for our endearing Litt. 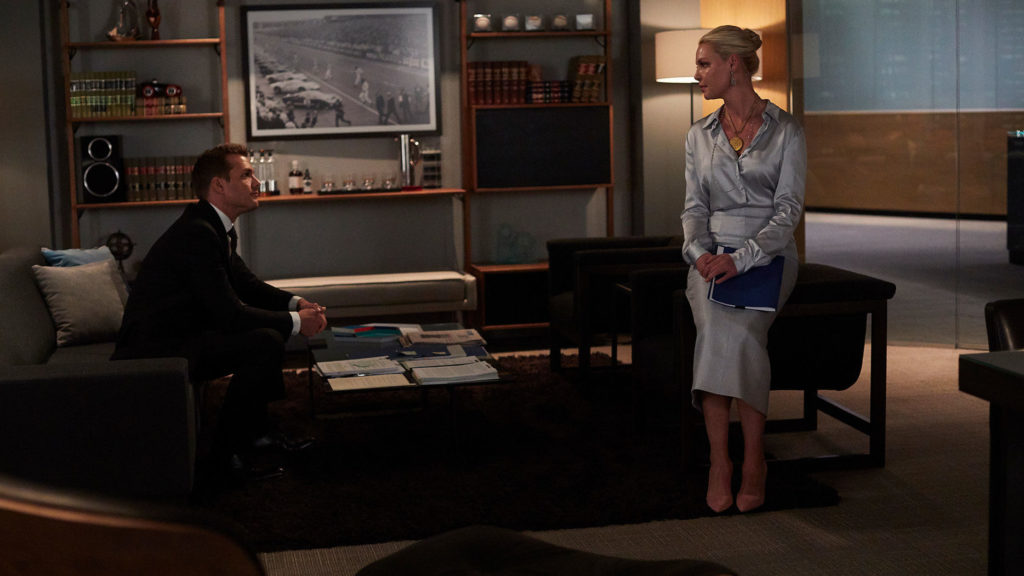 Harvey meanwhile is still dealing with the ghosts of Mike’s past. No I’m not talking about his fraud but a potential fraud committed by one of his clients. Their firm apparently secured two rounds of funding of $50 million each but the first round is unaccounted for. Unwilling to let Harvey handle this all by himself, Robert sends Samantha over. After getting off on the wrong foot initially, Samantha comes around when Robert orders her to stand by Harvey. Eventually the duo make peace and Harvey even acknowledges Samantha’s potential which is when Robert drops the bomb – he’s considering her for named partner.

You see that’s a problem because Harvey has already committed making Alex the next named partner. And Alex is hard at work trying to impress Robert Zane by getting involved in fetching them one of their biggest prospective clients. The airline owner Gavin wants Alex to handle a personal case for him and immediately we get the sense something is off and Alex is being embroiled into something he’ll be unable to handle. That sense grows stronger when Samantha warns Alex of the same client and wishes him luck.

There are quite a few parallels to be found between the current Samantha and early Harvey. Samantha will essentially stop at nothing to protect the client, which is kind of how Harvey operated for the longest time. That is until working with Mike started rubbing off on him and changing his perspective on tackling cases. This was hinted at in today’s episode as well where Harvey was more caring about getting one of the firm’s co-founders Max out of the mess safely out of concern for him while Samantha was all about getting the job done. Also, the fact that there’s so many diverging accounts of Samantha’s profile floating around makes it harder for anyone to pin a tab for her. While that’s not Harvey, we as viewers had very little access to Harvey’s personal life and begun Suits Season 1 largely being shown what Harvey is and had become rather than getting any insight into who he was. 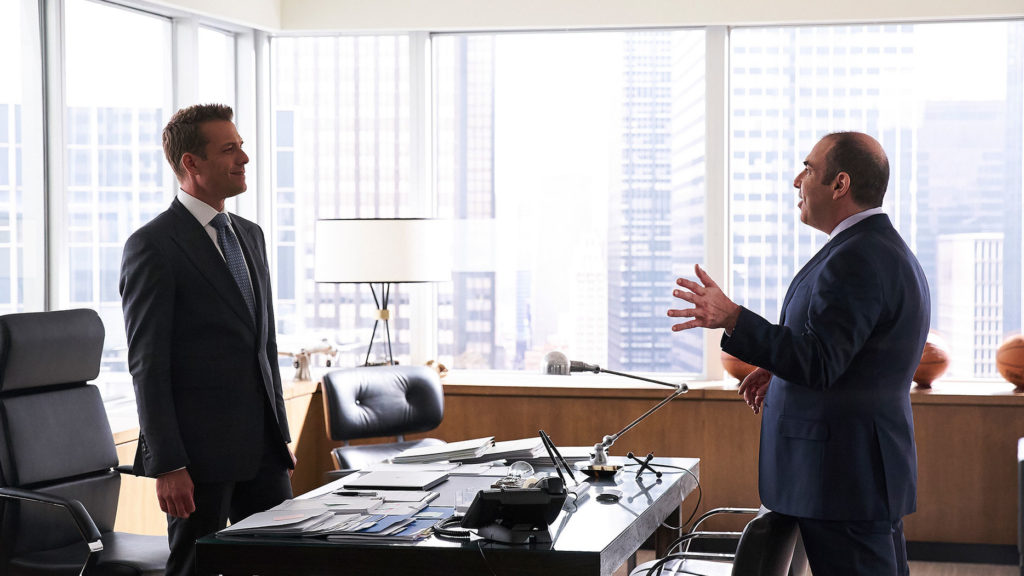 The other conflict brewing around which we predicted last episode is that of whose name goes up as a named partner next. Alex and Samantha are undoubtedly the top contenders for the role and I wouldn’t be surprised if Katrina joins in the competition next week setting the stage for a three-on-three showdown with each of the current partners backing one of the three. Judging by the title of next week’s episode (Promises, Promises) it might very well explore this further. It remains to be seen if this conflict will be dragged out through the entirety of the season’s first half or it will wrap up earlier than expected.

Finally, we’ve already said it now but Louis got one of the strongest arcs this episode where he came to an acceptance with what he wants in life. He’s at a stage where love and family are more important than getting entangled in the mess that a managing partner’s job will bring. That said, his name’s also on the wall and he’s not going to stand by watching silently if he ain’t awarded the respect that a named partner deserves. Kudos to Louis for making his stand clear; it really was a heartfelt moment when Harvey and Robert “clocked him”.